July 20, 2015. DREAM. Along with a few others, I was on a trip with Nada-Yolanda. We had been staying at the same location for about a week, but early the next morning I was scheduled to return home alone by car. I began to gather my luggage and 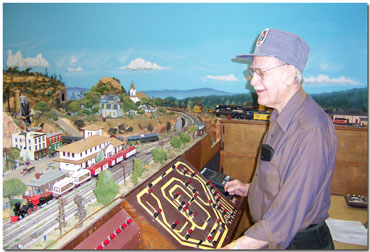 belongings, relocating them to another room for the last evening, in order to organize my departure. I spoke with Yolanda in person, telling her I would phone her as soon as I had everything ready.

Then, in the next scene, my brother Jonathan and I were sorting through a cabinet of some old archives. Suddenly, my dad came up to me. Being a skillful engineer and quite creative, he was excited to show me a new type of triple film projector or player he had put together in order to watch home movies, three discs at a time, that he had been organizing as a special project. Enthusiastically he showed me the setup.

Interpretation: In one of my meditations the previous afternoon, I had prayed to Nada, asking if she could help arrange for me to see my dad on the astral planes, or perhaps give me some news of his progress in reorientation. He had made the transition last March 17th. The last dream I had had of Dad was on May 27th. I made the request, then left it entirely in Spirit’s hands, decreeing that only Spirit’s will and timing be done for the highest good of all. The dream answers my prayer.

On the astral trip, Nada leads me to the location of reorientation. Dad is enthusiastically reviewing his soul records (archives), including scenes and patterns of his recent life (home movies). The “triple film projector” represents the more-sophisticated equipment and techniques available for accomplishing this soul review on the fifth astral plane. The symbolism of “triple” and “three discs” also could refer to the fuller perspective he enjoys as he realigns the three aspects of his consciousness: conscious, subconscious and superconscious. Or the symbols could represent the trinity of mind, body and soul.

Dad’s enthusiasm for this project speaks volumes. His joyous demeanor in the dream was as I had known him to exhibit when doing similar creative and scientific projects on the physical plane. He is productive and happy. All is well. Thank you, Nada!

Supplementary Reading: To review a chronicle of my dreams and psychic experiences with my dad since his transition, see the following blog posts:

Photo: Fred W. Jacobs, 2005, Mark-Age Archives (photo by Fred C. Jacobs). In his retirement, Dad was an avid model railroader. He designed and built his own early-twentieth-century layout, dubbed the CB&S Railroad, installed in an entire room of our family home. CB&S stood for Chattanooga (TN), Bridgeport & Stevenson (AL), the area where his mother had grown up, and where my dad often visited relatives as a boy. Photo shows the “engineer” at the master control board, having fun running his trains.