Interpretation: Today is the summer solstice, the first day of the summer action cycle. Also, it is Father’s Day — the first Father’s Day since my dad’s transition last March. In my inner prayers I’ve often addressed my master teacher as “Father Germain.” The dream signals me to be alert to forthcoming guidance.

June 24, 2015. HIERARCHAL BOARD MEDITATION. Conrad overshadowed me and, with a hieronic beam, activated the hierarchal matrix of cooperation he had announced on June 10th. Without providing details, he projected energies through me, 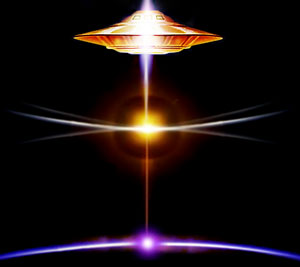 concentrating the relay first on the Eastern Hemisphere, then planetwide, thereby anchoring the projection through the 144,000 elect, the Christ servers on Earth in these Latter Days.

After Conrad finished the hieronic relay, St. Germain overshadowed me. Our light-body communion was fulsome, yet whatever specific guidance he conveyed remained just beyond the veil of my conscious awareness. Though mindful of my dream of June 21st, I was content to bask in his spiritual fatherly vibration. I gave abundant thanks for his inner instruction.

July 2, 2015. DREAM. Nada-Yolanda, in an observational role, watched as I gave a seminar to a group of beginning spiritual students. Our gathering was a pretest before the actual work would begin the following day. I taught them how to tune in to Spirit and the high Self, then to bring that higher energy down through the crown chakra, to anchor it, and to project it through the hands into others and to world situations in need. Grasping the hands of one of the students, I demonstrated the light-body technique for the group, transferring a powerful stream of light into the individual.

Most of those present were listening and taking note of the I Am demonstration, but some were distracted or were idly talking with one another.

Interpretation: In the summer action cycle, recently begun, the Hierarchy is testing the receptivity of newly awakened light workers, to see who is attentive to the higher inflow of light, who is ready for the next step of I Am demonstration. Those of us who are seasoned in the spiritual work are active participants in the interdimensional pretest.* Nada of the Karmic Board quietly looks on, evaluating the responses. Once the Hierarchy has the test results, the actual work of this cycle will begin in earnest, and we shall anchor a new wave of light onto the physical plane.

* pretest: a test to evaluate the preparedness of students for further studies.