Mark-Age/I Am Nation is a nonprofit spiritual-educational organization founded in 1960. Our teachings are based upon the interdimensional communications of Nada-Yolanda, a prophet for the New Age and the Second Coming. Coexecutive directors are Phillel (Philip J. Jacobs) and Robert H. Knapp, M.D. 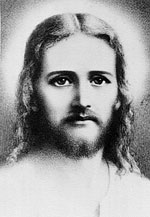 The primary purpose of Mark-Age is to externalize on Earth the Hierarchal Board (spiritual government of our solar system) in preparation for the Second Coming in its dual meaning: second coming of each one’s I Am Self, expressed through the mortal personality; Second Coming of Sananda/Jesus the Christ, Prince of Earth, in his resurrected, light body early in 21st century.

We are in the prophesied Latter Days. This is the harvest time, the transition cycle between the ending of the old, materialistic age and the New Age of Aquarius, now dawning. This symbolic forty-year period (1960-2000, and beyond) also is known as the Mark Age, or age of marks and signs when all on Earth know we are entering a new spiritual dimension of love, peace and brotherhood.

For a free catalog of our publications and subscriptions, plus a sample of our bimonthly newsletter, I Am Nation News, please e-mail us your mailing address, or write to:

EL MORYA/MARK (Charles Boyd Gentzel, 1922–1981) was a research chemist by education and training (A.B., Cornell University, 1949). He also had held various sales and promotional positions, and had owned and operated his own personnel agency in Syracuse, New York. During World War II, he was a master sergeant in the U.S. Army and served in the European theater.

The spiritual nature of Mark-Age was revealed to Mark only after his own sudden spiritual awakening. In 1955 he began avidly studying metaphysics, especially the works of Thomas Troward and also Charles Fillmore, the cofounder of Unity School of Christianity. Moreover, he became keenly interested in UFOs and researched the fascinating claims of prominent space contactees. 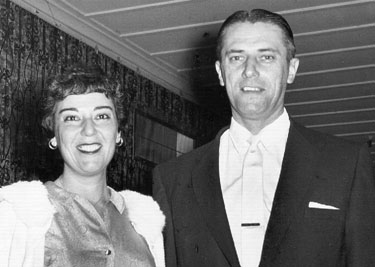 At Easter 1956, Mark intuitively received the spiritual significance of Mark-Age. He wrote his Manifesto, wherein he set down the twelve departments of Mark-Age. These departments, covering the major aspects of man’s life on Earth, later became the twelve schools of the University of Life, one of our five divisions.

In 1957–58, Mark wrote his metaphysical masterpiece, How To Do All Things: Your Use of Divine Power. First published in booklet form in 1965, then as a hardcover edition in 1970, with subsequent hardcover and softcover printings, How To Do All Things has remained our best seller for over fifty years. Additionally, Mark prepared a reference guidebook, 1000 Keys to the Truth, based on channeled communications via Nada-Yolanda.

Mark made the transition from this life on April 24, 1981. From the higher realms, as El Morya, Chohan of the First Ray of Will and Power, he continues to guide light workers both on astral and physical planes and to inspire our Mark-Age operations.

NADA-YOLANDA (Pauline Sharpe, 1925–2005) moved to Miami in 1953, after working in New York in various aspects of show business — little theaters, USO shows, television; with a concomitant career in journalism. In Miami she established Temporary Office Service, the first agency in South Florida to supply temporary employees.

She had her spiritual awakening in 1956 and, in June 1957, she joined a psychic development class to understand and explore her newfound talents. In this group she was exposed to interdimensional channeling, extrasensory perception, dream interpretation, clairvoyance, psychometry, materialization, metaphysics, meditation, and space contactees.

In March 1958, she received her first telepathic communication, via automatic writing. From that date, her training began in earnest. She was gradually introduced to ascended masters from the invisible realms: Paul the Apostle (Hilarion), John the Beloved (Kut Humi), Mother Mary (Sol-O-Man), Jesus of Nazareth (Sananda), and others. 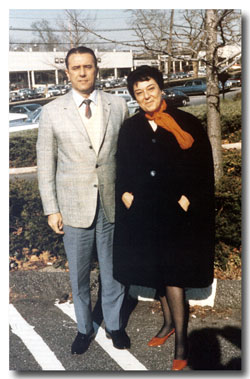 Yolanda’s psychic development and training as a channel continued through 1958 and 1959. Basic information was revealed on metaphysics, the Latter Days and the Second Coming. Many of her communications were for personal guidance. In the messages, her spiritual teachers also had promised that they would send a scientist to work with her.

On December 1, 1959, the scientist arrived. Mark met Yolanda in Miami, Florida, during a job interview at her personnel agency. They began to share their spiritual ideas: her automatic writings and his manuscripts. They discovered numerous correlations in one another’s receivings. On February 21, 1960, after weeks of joint meditations and studies, they officially made the spiritual covenant with Christ Jesus to begin Mark-Age operations.

Since 1960, Mark-Age has published books, booklets, courses, magazines, newsletters, and audiocassettes for an international membership of individuals, churches, schools, universities, and independent study groups who network globally to bring a new level of spiritual consciousness to planet Earth. Headquarters are now in Pioneer, Tennessee, forty-five miles north of Knoxville.

Nada-Yolanda’s books are considered the preeminent texts internationally for spiritual Self-development. Her best-known titles are: MAPP* to Aquarius: *Mark Age Period & Program, Evolution of Man, Angels & Man, Visitors From Other Planets, Birth of the Light Body, Facts of Life, Prophecies: 2000-4000 AD, Metamorphosis: From Mortal to Immortal, Cosmic Laws, Contacts from the Fourth Dimension, Life in Our Solar System, Anchoring the Light Body on Earth, Autobiography of a Prophet, and a metaphysical novella, My Divine Love.

Yolanda made her transition on November 8, 2005. From the higher realms, she functions as Nada of the Karmic Board, Co-Chohan (with Sananda/Jesus) of the Seventh Ray of Love and Peace. In interdimensional teamwork with El Morya and Sananda, she continues to inspire Mark-Age operations for the Second Coming. 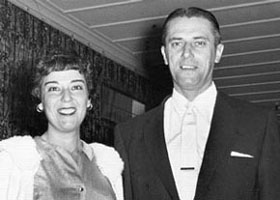 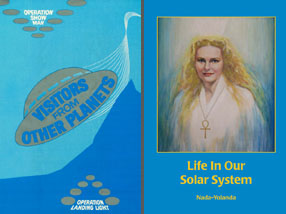 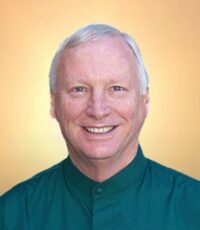