April 3, 2015. GOOD FRIDAY MEDITATION. I came into spiritual communion with John the Beloved, the disciple of Jesus who represents the spiritual quality of love. John was an incarnation of the ascended master Kut Humi, Chohan of the Second Ray of Understanding and 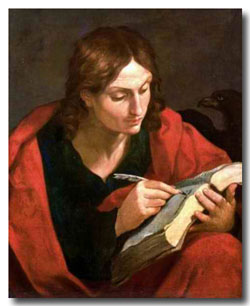 Wisdom. By remaining steadfast at the foot of the cross and witnessing Jesus’ crucifixion, John demonstrated true divine love sacrifice. Thereby, he further anchored into the third dimension Jesus’ spiritual demonstration of love.

At the crucifixion, Jesus literally laid down his life for his fellowman; John symbolically reinforced that pattern. Consequently, into John’s hands, Jesus bequeathed the responsibility to care for his mother, Mary: love (John) must protect the soul or feminine nature (Mary) of our spiritual consciousness. John ultimately became the “last disciple standing”: he lived to an advanced age and was not martyred, as were the other disciples. Ever-abiding divine love overcomes all obstacles.

Today, for the 144,000 elect, the light workers of the Second Coming program, John the Beloved still holds forth the example of divine love, that we likewise may follow Jesus’ command: “This is my commandment, that ye love one another, even as I have loved you. Greater love hath no man than this, that a man lay down his life for his friends.” (John 15:12–13)

April 5, 2015. EASTER MEDITATION. In a follow-up to my Good Friday meditation, I recommitted myself to serving Sananda’s Second Coming. Linked with Robert, MariLyn and Larry, the four of us formed a foursquare demonstration, a solar cross, to anchor divine love as a 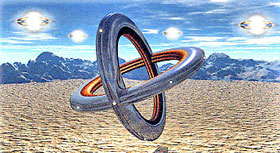 spiritual pattern for the 144,000 elect. I felt at one with all interdimensional forces of light. The fluid energy exchange was symbolized for me in a vision of Ezekiel’s “wheel within a wheel.” (Ezekiel 1:16) Ezekiel’s encounter with a spaceship evokes perfectly my own soul mission for the Motah Council of the Federation of Planets.

Suddenly, in a vision, I held a large book in my hands. I opened the book to chapter 1, page 1: it was a blank page. Immediately I thought of Christ Jesus’ instruction to John the Beloved (Revelation 21:5): “Behold, I make all things new. And he said unto me, Write: for these words are true and faithful.”

With this personal Easter resurrection, I am beginning anew. So be it. 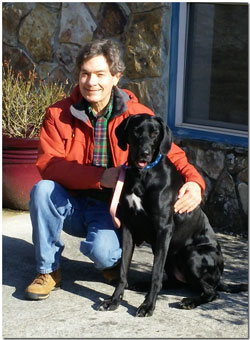 April 7, 2015. DREAM. On the deck at Trinity House, I started down the outside stairs. I saw Shasta standing in the middle of the driveway, looking at me. Across the drive, at Hilarion House, Cheyenne was happily bounding up the stone steps to MariLyn’s porch deck. I called to Shasta, and she came running over to enter my downstairs apartment with me.

Interpretation: This is my first dream encounter with Cheyenne since last December. It is a signal that she keeps tabs on us as part of her protective functions in the Astral K9 Unit. From the astral, she interacts with Shasta, too. Descending the stairs and entering my apartment represents my reentry into the physical body. Shasta, my loyal animal companion and guardian on the physical plane, accompanies me.

April 8, 2015. HIERARCHAL BOARD MEDITATION. Sananda and Dr. Hannibal jointly contacted me. From their mother ships, they funneled a major download of hieronic energy through Conrad and his space forces to us on the physical plane. The purpose of the transfer was to amplify our work to purchase the property next door. [Click here and here.] Thereby we physically expand I Am Nation headquarters for Second Coming demonstrations, as well as implant the new and higher Sun Temple matrix in our force field.

April 12, 2015. DREAM. I returned to the White House at I Am Nation headquarters in Davie, Florida. Shasta was with me. Yolanda was present, busy coordinating activities with many of her staff. (In the dream, I knew all the staff members.) Everyone loved meeting Shasta, and she them. 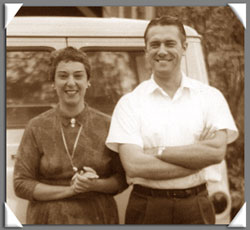 One of Nada-Yolanda’s assistants, her right-hand man, took me aside to bring me up to speed. He told me Yolanda was calling a staff meeting on Monday at midnight. She had received a hierarchal revelation that the planet Neptune was altering its “equatorial orbit,” which also would change or affect its two moons.

Interpretation: Relating to our current property negotiations, the dream indicates great activity afoot in the subconscious-astral realms (former I Am Nation headquarters in Florida), where Nada-Yolanda is busy coordinating plans and schedules with her staff. Neptune, the First Ray planet where El Morya holds reign, represents First Ray instructions and actions that are filtering in to affect new changes at I Am Nation headquarters.

Altering the “equatorial orbit” of Neptune refers to a change in the present status of equilibrium; that is, new conditions and energy movements are being initiated from the higher realms of our solar system, which in turn affect astral or subconscious activity not only on planet Earth but elsewhere.

Researching later, I discovered that Neptune has eight satellites or moons, the largest of which is Triton, a little less than the size of Earth’s moon.

April 12, 2015. As I was falling asleep while lying in bed before midnight, suddenly I heard my father distinctly call my name: “Philip!” Instantly I became alert, but the contact did not jell further.

Earlier in the evening (8:29 CDT), Finley Porter Jacobs had been born in Austin, Texas, to parents Andrea and Loren, my nephew. The direct lineage of 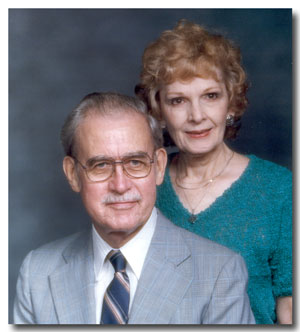 our Jacobs family name, and thus the ongoing legacy of my father’s extensive genealogical research, would continue. The birth also would be an important event for my father, who made the transition on March 17th. From the astral, he signals the moment to my receptive clairaudient ear. Though brief, this was my first direct contact with him.

For his part, the astral energy required to materialize this clairaudient sound would be considerable, and would represent a significant step in his reorientation and in his ability to connect with family on this side of the veil.

On March 25th, Leonora had assured me that she would assist Dad in making contact with us on the physical.

Note: Spirit works in wondrous ways. As I was falling asleep, I had not been thinking about Dad, so the experience was a big surprise. Also, in my casual musings of the past few weeks, I never once considered that Dad would contact me clairaudiently by saying my name! Since that scenario wasn’t in my conscious mind, it makes the psychic manifestation all the more notable.

April 15, 2015. HIERARCHAL BOARD MEDITATION. Lord Uriel overshadowed me. In our spiritual communion, she conveyed the following: With the expansion of the physical and auric perimeters of our headquarters, pending the purchase of adjacent property, there also will be a new expansion of light-body anchoring this spring. The four of us at I Am Nation headquarters are helping to spearhead this unfoldment for the 144,000 elect.

At one with the Archangel of the Seventh Ray, I anchored her peaceful matrix of divine love and peace. My meditation was deep and calm. I keyed in on the visualization Uriel had given me in a channeling on May 27, 2012 (Crystalline Diamond Beacon): a huge diamond octahedron of light implanted directly into our property force field.

April 22, 2015 HIERARCHAL BOARD MEDITATION. Toward the end of our group meditation, while thinking of my dad, giving thanks to Spirit, and marveling at the good karma I must have accrued to have had such a wonderful father in this lifetime, Dr. Hannibal contacted me. Telepathically, he relayed this 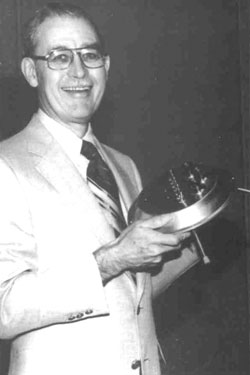 promise about my dad: “When the time is appropriate, I’ll reintroduce him to some of my space scientists and engineers.”

My dad was a very respected metallurgical engineer, one of the tops in the nation. I’ve always felt intuitively that he has a strong soul background in scientific research and application on the higher planes.

April 25, 2015. DREAM. In the kitchen with Dad in Lufkin, I was preparing our breakfast. Specifically, I was making toast. But instead of using a regular toaster on top of the counter, I was using a toaster oven that was placed on the bottom shelf of the cabinet toward the back. I found it inconvenient to make toast in that location, so I suggested that we move the appliance to the top of the counter for easier operation.

Interpretation: This is my first dream of Dad since his transition on March 17th. The location in Lufkin points to our direct soul connection amid familiar surroundings. Making breakfast in the kitchen represents providing the first spiritual nourishment of the day, or the new cycle. (It is also an actual service I performed many times for Dad in recent years, during my trips home.) For this initial bonding, or test run, toast symbolizes an item or energy substance that is easy to prepare.

As my father’s reorientation on the astral continues, he and I are in the process of forging the basics of an interdimensional linkup. But there are logistics to work out between planes, as indicated by the awkward location of the toaster oven at the back of the cabinet. A repositioning of energy fields, from the depths of the astral (back of the cabinet) to the forefront of conscious application (on top of the counter), will allow for more efficient spiritual exchange.

April 29, 2015. HIERARCHAL BOARD MEDITATION. Amid other spiritual projections in meditation, I focused on my mother and father. Both of them, as well as my brothers and I, are still adjusting to the life-changing event of my dad’s transition last March 17th. Unexpectedly, my inner vision opened, and I viewed a scene of my father attending a science/engineering 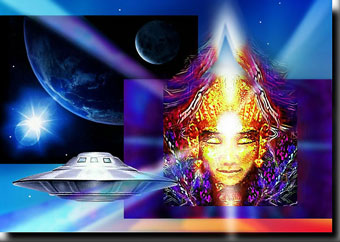 academy on the higher astral planes. Although the timing was not disclosed, I realized that at some point in his reorientation he would be offered this opportunity of reawakening and reeducation. Once again he would pursue his soul talents in scientific service to mankind.

Then I recalled Dr. Hannibal’s promise, given me last week; that is, he would reintroduce my father to some of his space scientists and engineers. A veil parted and I suddenly understood: the “reintroduction” would occur at the astral academy! During the course of his studies, my father would meet the extraterrestrial scientists, who would be “guest speakers” at various class lectures and conferences. The other-dimensional scientists would reorient my father, and others like him, to the higher applications of science, engineering and technology as manifested throughout the Federation of Planets of our solar system.

Lastly, I was reminded also of a communication, “Interplanetary Orientation of Astrals,” channeled by Rebekah of Venus and Leonora through me on February 15, 2012. Rebekah had stated: “I bring you a preliminary report of the infiltration of our interplanetary soul elements down into the midst of your astral planes of Earth. . . . In stepping down our frequencies from these higher etheric levels, we have sent forth into these astral environs under temporary sojourn certain teachers of our Federation of Planets, who have taken upon themselves the task to reawaken souls within your astral planes to this reality of reunification with the sister planets of our solar system.

“I say the sojourn is temporary, for they can only maintain these astral materializations for short ranges of time, as you determine it, but within a cycle that allows them to inject these thought patterns in these classes of orientation. We have selected certain test cases, through Leonora’s help and others’, by which we can bring forth a greater discernment of these endeavors to bring the denizens of Earth into this higher Christ awareness of their link with assistants of other planets.”