REBEKAH OF VENUS: Beloved souls of mine own heart, I am the Venusian “mother,” Rebekah. I bring you a preliminary report of the infiltration of our interplanetary soul elements down into the midst of your astral planes of Earth. I come on this wavelength with the assistance of Leonora, she of the higher astral planes who helps to orient souls 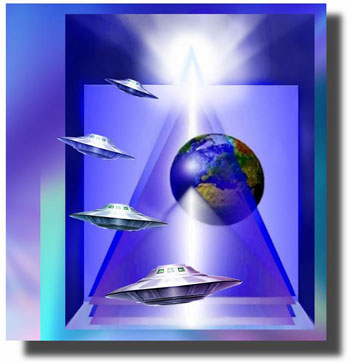 who have passed from the Earth into the healing hospitals for reintegration and reawakening of soul purpose for high Self function.*

In stepping down our frequencies from these higher etheric levels, we have sent forth into these astral environs under temporary sojourn certain teachers of our Federation of Planets, who have taken upon themselves the task to reawaken souls within your astral planes to this reality of reunification with the sister planets of our solar system.

I say the sojourn is temporary, for they can only maintain these astral materializations for short ranges of time, as you determine it, but within a cycle that allows them to inject these thought patterns in these classes of orientation. We have selected certain test cases, through Leonora’s help and others’, by which we can bring forth a greater discernment of these endeavors to bring the denizens of Earth into this higher Christ awareness of their link with assistants of other planets.

This follows naturally in line with our infiltration also of these interplanetary soul elements into the consciousnesses of those incarnated on the Earth plane, for you all are being prepared for reunification with us as part of Sananda’s Second Coming program.

I give you this preliminary report so that you may give us your steady thoughts and prayers of support, thereby assisting us in forging this interdimensional bridge of light. These are part of our preparations for the upcoming Easter cycle and spring energy influx. For always our etheric actions must be implanted first within the astral planes of Earth in order to be infused then unto your conscious plane.

As these light workers on the higher astral planes are able to make these higher connections with us of interplanetary spheres, they can help to spread the word both on astral and on physical planes. In this work we strengthen the bonds between us as you work and as we work to restabilize conditions on your planet prior to these higher influxes of light.

Leonora has opened her books to us, and therein is revealed that many souls on your plane are being prepared for transition. We trust that those light workers who are reassigned to this astral realm will remain sufficiently coordinated with us to continue their hierarchal missions. Seek only God’s will to be done. From our Christ perspective we see no separation. We see one universe of action. Let it play out according to each one’s highest good, as willed by Father-Mother God. The coming influxes of light will accelerate these measures by a variety of 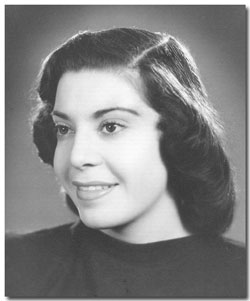 means, so there is no need on your part to speculate.**

Our etheric ships that have descended temporarily into these astral vibrations also are able to augment this work with hieronics, playing also a part in this acceleration of consciousness.

That is enough for you to absorb at this moment in time. Know that we all enfold you in our blessings of Christ peace and love, which lead to further cooperation and coordination with us. I am Rebekah of Venusian soul partitions, standing with Leonora and with you. May God grant you inner peace, for in the Christ it is so. Amen.

LEONORA: Leonora, quickly here. You see, my friends, I never have left, for I remain in coordination with this unit from my plane of action. So, I give you my blessings and my personal thanks for your steadfastness, and once again for all you have done in past years in service to my sister of late Earth incarnation, she whom we adore as Nada, known also to you as Yolanda of the Sun. Be of good cheer. So long for now. Leonora.

Note: In our Hierarchal Board meditation, while I was projecting peace and healing to many individual and planetary conditions, Leonora’s face suddenly appeared to my clairvoyant vision. Aglow with enthusiasm, she entered my auric field. Smiling widely, her large dark eyes twinkling, she was delighted to make personal contact with me for the very first time. Her radiant appearance was more refined in vibration than the beautiful photo we have of her in our archives.

I was genuinely surprised at the contact. We had not heard from Leonora since she had channeled a number of times through Yolanda in the several years before Yolanda’s transition in 2005. (See Contacts from the Fourth Dimension.) Once she had solidified her connection with me, she relayed psychic snippets of information and imagery regarding her current work in the astral healing hospitals. Greater understanding of these data pulses finally jelled in my mind when Rebekah appeared.

The Venusian “mother” was materialized partially in an astral form, yet was subsumed also within her etheric vibration, augmented by space hieronics. The different vibratory frequencies were exquisitely fine-tuned. Her appearance, unlike Leonora’s, was entirely extraterrestrial.

Rebekah transfigured my aura and physical form. Assisted by hieronics, she prepared my chakras, particularly my throat, for the channeling session. At one point, my hands were levitated to my heart chakra, magnetically to stabilize my reception of the higher love vibrations of the two females, Rebekah and Leonora.

Rebekah spoke of the coming Easter energy influx. Ash Wednesday, the official beginning of the Easter cycle, is February 22nd, one week away.

* Leonora: Sister of Nada-Yolanda (Pauline Sharpe), 1929–1950. Lee was Yolanda’s first communicant from the other side, via automatic writing on March 6, 1958. For many years, she functioned on the astral as monitor for Yolanda’s interdimensional communication, being the one whose permission anyone needed in order to channel through Yolanda, until Yolanda’s union with her own Nada consciousness eliminated the need for a monitor. Assigned now as a coordinator in the fifth-plane astral healing hospitals, she assists spiritually dedicated individuals who make the transition from the physical to review and heal their soul records.

** The phrase “a variety of means” implies that transitions will occur not only from normal causes, such as age or
illness, but from potential mass catastrophes, natural or man-made.

LISTEN TO PODCAST: Click on the “Play” button below to listen to the above communication, as recorded live on 2/15/12. This recording was released on I Am Network of Light tape #1044A, for the week of 5/20/12.

2 thoughts on “Interplanetary Orientation of Astrals”