REBEKAH OF VENUS: Greetings from the bright and morning star. I am the Venusian “mother,” Rebekah, superimposing a hieronic element through this channel of light whom I have known and have taught in past soul history. And now I return.

With the maneuvers of Hannibal and Summalt now complete, we have prepared a more secure polarity balance from these etheric spheres for East-West unification. Our higher Christ thought patterns now will 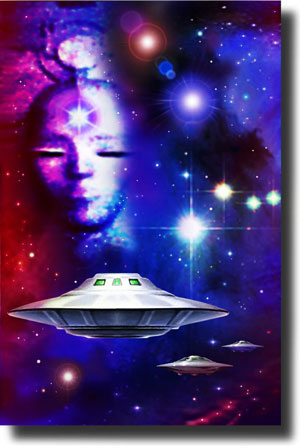 be able to infiltrate both hemispheres of this planet to help carry you forward through your Battle of Armageddon and unto reunification with the Federation of Planets upon Sananda’s return in years ahead.

From our standpoint in etheria, we are able to inject into your astral realms a thought pattern that not only will help stabilize the upset that this planet is going through within these astral realms and unto your physical plane, but also we can introduce the soul essence of other factors from other planets within this solar system that can assist in mankind’s soul healing and reunification with the Christ Self.

We have conquered from our realm many aspects associated with the general fall of man within this solar system many eons ago. Thus we know the secure pathway forward to assist you in this karmic rebalancing. These thought patterns that we introduce filter from your astral-subconscious region unto the physical plane of Earth. You, in the triune essence of your being, will pick them up, will anchor them, and thereby will assist us in this interdimensional and interplanetary production to remold, to re-form, to readjust the soul of mankind on planet Earth.

We alert you to these measures because we need a conscious anchoring point on the physical plane to tie in our efforts from etheric and celestial realms, through all astral kingdoms, and established unto Earth with your comprehension and your action of unity and coordination. I speak tonight because of the soul bond I have reopened, under Hannibal’s permission, with this Motah channel.

From the etheric planes, our Federation spaceships are able to dip into the astral in order to reinforce these interplanetary inductions.* You will not know of most of what we do. But you must play your part in anchoring this pronouncement, thereby enhancing the restabilization of this planet in times to come.

We are only able to introduce these elements now because of the work of the past six months in both hemispheres of this planet, in order to achieve an amplified knitting of East-West energies and polarities that can sustain these higher 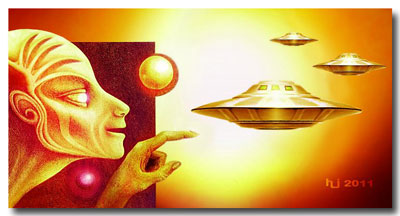 interplanetary soul elements to augment your upliftment of mind, body and soul for these higher purposes.

The light workers of Earth must hold intact this introduction of energy while we do this work. There are many forces within the astral planes and on the physical level that resist this implantation still, and that is why we need your stable efforts.

Hail to the Christ in thee. Rebekah of Venusian ethereal realms, breaking this news to you now. Be content in the knowledge that you have achieved much in coordination with us over these past months, and for that we do give great thanks unto Father-Mother God. So we proceed. Rebekah, overshadowing this channel with hieronic control. Over and out.

DR. HANNIBAL/ST. GERMAIN: Good friends and fellow associates, I am Dr. Hannibal/ St. Germain. I have returned unto the confines of my assignment within the Western Hemisphere polarity field, having successfully joined with Summalt on Eastern maneuvers of recent date.

We have patched together a fabric for this planet by which we now can proceed with aforementioned introductions of interplanetary energies through astral planes and unto your physical level, to amplify further the East-West unification that we have accomplished from these higher realms.

Take heart, for we are with you always as we prepare this planet for Sananda’s return. Adonai. Adonai. The Lord our God is One. And so it must be with you. Dr. Hannibal/St. Germain, over and out.

Note: Prior to Rebekah’s contact, an angel appeared, wearing a gleaming white robe and exuding a quintessential vibration of healing. With soft, sweeping motions, he balanced my auric field, particularly clearing my crown chakra. After completing the realignment, he departed.

Rebekah appeared in her usual guise, wearing a space suit. She manifested dark, shoulder-length hair cut in a pageboy style, with bangs. Her large, dark eyes twinkled with motherly affection. Either she was aboard Conrad’s etheric craft, manipulating the hieronic controls herself, or was operating through his assistance.

In the lead-up to her vocal transmission, Rebekah pressed my right hand first against my heart chakra, then against my throat chakra, to stabilize my four lower bodies (mental, emotional, astral, physical) for her hieronic injection of light.

* Aside from common definitions of induction, as in “initiation” or “introduction” or “process of inducting one into office or into military service,” I was delighted to discover a scientific definition that seems pertinent to hieronic or electromagnetic spacecraft projections: “the process by which an electrical conductor becomes electrified when near a charged body, by which a magnetizable body becomes magnetized when in a magnetic field or in the magnetic flux set up by a magnetomotive force, or by which an electromotive force is produced in a circuit by varying the magnetic field linked with the circuit.”

LISTEN TO PODCAST: Click on the “Play” button below to listen to the above communication, as recorded live on 1/11/12. This recording was released on I Am Network of Light tape #1042A, for the week of 4/22/12.

One thought on “Interplanetary Soul Elements”