September 11, 2013. HIERARCHAL BOARD MEDITATION. We centered our meditation projections on peace. Rebekah of Venus appeared in her light body and 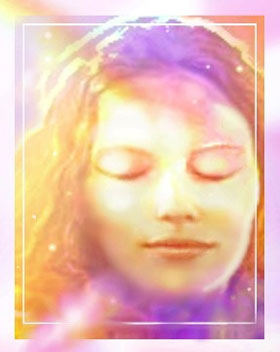 worked with my soul balance, as she often has done in the past several years. During our spiritual communion, the space “mother” revealed that the name of Cheyenne’s astral dog trainer is Kaileah. Rebekah added that Kaileah works on the seventh astral plane, the highest level of the astral, because from that vibrational gateway she must liaise with etheric space brothers and sisters for hieronic projections to the devic-elemental kingdoms. Kaileah is training Cheyenne to participate in these energy transfers.

I had never heard of or seen the name Kaileah, and wondered if I had received it correctly. In my mind’s eye it was spelled out this way, and Rebekah pronounced it “Kie-lee-ah.” The revelation was so unexpected that I decided to ponder it secretly in my heart, pending further confirmation.

September 18, 2013. HIERARCHAL BOARD MEDITATION. Just prior to meditation, Conrad contacted me, stimulating my heart chakra with his typical signal. Soon after I finished the Lord’s Prayer, he clamped a hieronic beam onto my crown chakra. Through the hieronics, Conrad began to establish the force field of enhanced spiritual protection that will be necessary during the upcoming Teton Mission to the ancient Temple of Venus. (Robert and MariLyn will depart for the Tetons on October 1st.) 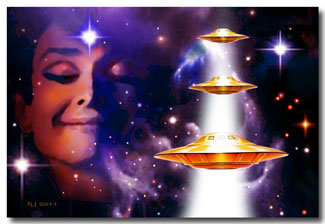 I received the impression that Rebekah of Venus was with Conrad, perhaps projected etherically onto his spaceship that monitors our I Am Nation headquarters. I was informed that during the Teton Mission, Rebekah will assist my polarity balance, as she has done in the past, in order to help coordinate spacecraft projections from Dr. Hannibal. Rebekah also is well-suited for this assignment because of her light-body manifestation on the etheric realms of Venus; therefore, she has an akashic link to the ancient work performed at the Temple of Venus, spiritual headquarters for Sananda twenty-six million years ago (see Evolution of Man).

Suddenly, the astral dog trainer appeared with Cheyenne. In the higher astral plane, she led Cheyenne around the entire perimeter of our headquarters force field, essentially encompassing the mountain hollow where we are situated. She was familiarizing Cheyenne with the boundary of her responsibilities. When they completed the round, Cheyenne stood at my left side.

The trainer, a blond-haired and blue-eyed young woman, revealed that during the Teton Mission she and Cheyenne will operate as an astral “K9” unit. Their purpose would be similar to that of a human/canine unit in a police or military agency on the physical plane, where dogs perform specialized functions in investigation, protection and rescue. In liaison with Conrad and his etheric space crew, the Astral K9 Unit will help secure my spiritual protection and will participate in the anchoring of hieronic energies through the astral and into devic-elemental kingdoms on Earth. The interspecies team also will coordinate with higher astral Amerindians, who specialize in working with nature forces, including animal, vegetable and mineral kingdoms on the physical plane.

The astral dog trainer confirmed that her name is Kaileah. In my third-eye vision, she spelled it, then telepathically she pronounced it the same way Rebekah had last week. 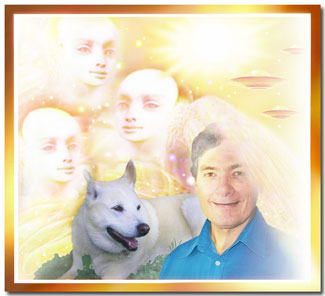 She also confirmed that she is of the seventh astral plane, the gateway for receiving etheric hieronic energies and transferring them down through the astral realms. In addition, under Kaileah’s supervision, Cheyenne’s astral vibration has been gradually raised to the level of the seventh plane for this specialized service.

Due to Cheyenne’s many years of faithful, protective service to our I Am Nation Unit and to me as a hieronics channel, she is familiar with spacecraft energies. As an animal representative, she readily can receive the projections and transfer them into the lower kingdoms. She also is a natural conduit for higher energies from the etheric devas, who are supervised by the angelic kingdom. The space brothers coordinate their projections with angels and devas as well as with astral Amerindians.

I was informed, too, that Nada continues to oversee Kaileah’s training of Cheyenne for this unique spiritual function in our force field.

Finally, I received this strong impression: Conrad’s connection to the Astral K9 Unit was foreshadowed in one of his earlier communications. Later, I researched the channelings and found this statement from Conrad on December 10, 2008:

“Our fleet of hieronic craft, etherically manifested in this area and through other coordinates, have reached a new compensation with the devic-elemental lords and 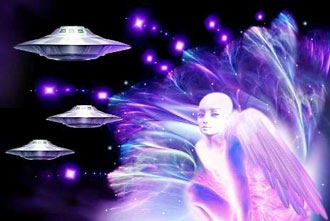 assistants in the circumference of these force fields for I Am Nation externalization. And we are pleased with new relay functions with these devic-elemental kingdoms, under full coordination also with those higher astral Indian chieftains in this area, and thereby can work more efficiently now with your light-body force field to anchor and to implant a higher energy through your four lower bodies, which also are connected with these devic sustenances.”

The next day, still puzzled about the name Kaileah, I decided to search the Internet. To my genuine surprise, I discovered that it is a real name, spelled in one variant exactly this way. The name potentially has several origins. The most common consensus is that it derives from Hebrew and means “crowned with laurel.” One source stated that in Hawaiian it means “a god.” Another rendered it as Arabic for “sweet, bright.” To me, all meanings suit the astral dog trainer’s high-level vibration and function.