December 3, 2014. HIERARCHAL BOARD MEDITATION. Dr. Hannibal contacted me with a strong hieronic beam. As I became receptive to the electromagnetic energy pouring through my crown chakra, unexpectedly I was overshadowed by a tall galactic being. I was riveted to my chair. His 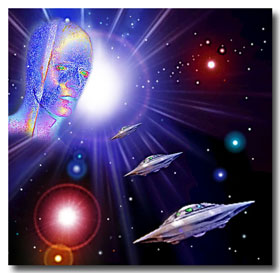 vibration, though new to me, put me instantly at ease. He was aboard Hannibal’s mother ship #1235. My master teacher stood by his side, monitoring my response to the new contact.

Via telepathy, the galactic spaceman informed me that he was from beyond our solar system, though still from within our Milky Way galaxy. A clairvoyant image formed in my mind: I interpreted it to mean either he was from the central sun (core of our galaxy) or from a star system near that central energy vortex (he called it the galactic centrex). To my query, he projected his name onto my third-eye screen: Vortran.

I realized that Vortran was a code presented for my Earthly comprehension. The name symbolizes a combination of vibrations: Vor is from the word vortex (Latin for “whirlpool”); and tran is from the Latin trans, meaning (as used in our prefix trans-) “on or to the other side of; across; beyond; through; so as to change or transfer.” The name describes his galactic function to help transfer, also step down, vibrational frequencies from the central sun. 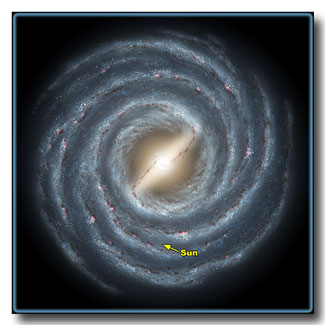 Vortran reminded me of my out-of-body journey to the central sun in 1991. That experience, truly a landmark in my spiritual development, had been guided hieronically by Dr. Hannibal. In that meditation, and in another one in 1994, I had been given insight into how the energies are transferred from the central sun all the way to planet Earth. During that journey I had “glimpsed beings of a galactic nature, light forms and consciousnesses of the central sun, entities beyond my imagination, that I had not even conceived of before.” I wondered now if my introduction to Vortran, or his group, in essence had occurred then.

Vortran was with Dr. Hannibal, assigned to assist the energy transfer, or the phasing down of light, from the central sun, through our solar logos, into the interplanetary connections of our Federation. He explained that from those higher spheres, the energy filaments are implanted within the thirteen etheric temple vortices around planet Earth (the thirteen vortices represent the sun and the twelve planets of our solar system). Vortran described these etheric temples as “ampules of concentrated light.”* From the etheric temples, or ampules, the energies of the central sun are phased down further through the astral planes to the third dimensional, physical plane, anchored then through the 144,000 elect, the Christ servers on Earth.

Vortran added that he was actively engaged in the transfer of these heightened cosmic energies during the Christmas cycle. He has done this work before, in other solar systems, and therefore has the necessary expertise to assist Hannibal hieronically in this new step of coordination with our central sun. Undoubtedly there are other galactic beings, part of a team, who are aiding the ascended masters here in this interdimensional process.

During the overshadowing, I operated as a grounding rod for the hieronic energy transfer from the central sun into the Earth, via the coordinated network of the thirteen etheric temples or vortices.

* ampule, or ampoule: a hermetically sealed small bulbous glass vessel that is used to hold a solution for hypodermic injection. Vortran uses the metaphor to imply the method by which energy is injected into the planet.