First, as we strap ourselves in for the cosmic voyage, let’s review what Nada channeled on August 16, 1970, regarding our evolution from out of the central sun: “You all have been in the center of creation wherein your souls were formed and your bodies made manifest, wherever you experience life and form. You all may recall this coming forth, in days hence, as it is part of your unfolding and the rending of the seventh veil which is to be rent throughout this solar system before the cycle of this time of now completes itself. . . .

“All of us, who were sons of God in the spiritual sense of it, came unto this solar system along with those of the devic and elemental kingdoms to produce a haven for all life-form experimentation. We drew upon our experiences in and through the fire or the element of being which is the etheric consciousness. 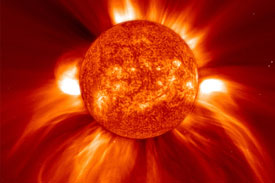 Fellow travelers, on July 10, 1991, two days prior to my inner journey to the central sun, I had a telltale experience at our weekly Hierarchal Board meditation. Viewed in hindsight, this prepared me for the life-altering journey that would follow. In my diary I wrote: “I experienced an extraordinary infusion of energy for anchoring the light body. I sensed contact with my guardian angel, who supervised delicate readjustments of my four lower bodies [mental, emotional, astral, physical] in order to raise them into greater synchronization with my light body.

“Later, my consciousness expanded out into the solar system, where I linked with all akashic lines of force from my prior lifetimes and training amongst the various planes and planets of the Federation. I began to perceive glimmerings of reawakening to levels of experience in my space-program training that I have not tapped into before in this incarnation. Some new step is coming, I gathered. I felt transfigured by this I Am energy, but this time something felt different. Even my physical features seemed to be altered differently than in past transfigurations.”

Two days later, in our group meditation on July 12, 1991, little did I know that I was about to be launched into cosmic realms of outer space. Let us now take this voyage together to son/sun consciousness, to replant this energy on Earth. I quote again from my diary:

“In meditation, clairvoyantly I saw and experienced a scintillating white tongue of flame descend into my crown chakra. Slowly it pierced downward through all seven of my chakras, realigning and resetting the vibratory frequency of each one. After the energy flame realigned my base chakra, all seven chakras were balanced and vibrating harmoniously with one another.

“During the realignment, I was aware, too, of contact with spacecraft, which were amplifying this procedure hieronically. So, once my chakras were balanced as an integrated unit, I was projected into outer space above the Earth, and linked in my light body with the spacecraft hieronic network. . . . Concentrating on the entire Earth, in my light body I became one with the planetary logos. With nurturing love and balance, I enfolded all beings of all kingdoms, all consciousnesses expressing on, around and through the living energy focus known as our beloved planet.

“Once I was fully aligned with Earth, my expression of unity expanded to encompass all the planets and multiple beings of our solar system. In my consciousness, I held 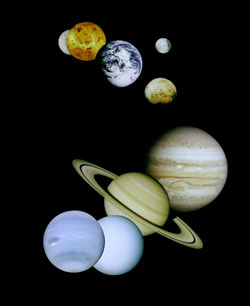 all in quintessential balance and harmony. Realizing the total coordination of the Federation of Planets, I joined with all in our solar system to anchor that balance and coordination for Earth.

“Next, in my light body I was drawn magnetically to the sun. At one with the solar logos, I realized how the precise balance of the entire solar system emanates fundamentally from this stellar sphere. Melding with the logos, my vibration was raised another notch and clairvoyantly I became aware of solar beings of light, moving rhythmically as they went about their cosmic tasks within the sun. As I basked in this force field, suddenly I realized that the white tongue of flame I had experienced at the start of my meditation actually was an energy field that had emanated from the sun. Somehow the vibratory essence of the sun, connected through my own I Am Self, had been amplified hieronically to realign my chakras and to prepare me for unification with the solar logos.

“But my cosmic journey to this point was just the stepping-stone to the remarkable experience that would follow. Through a connecting tendril of light, I was drawn from the sun of our solar system to the central sun. Gradually approaching the magnificent celestial vortex by way of this energy filament, my all-pervasive thought and feeling were, ‘Home! I’m coming home!’ My joy was unbounded.

“I came to the outer reaches of the central sun’s ‘atmosphere’ and consciousness. My inner vision was opened more, and I saw beautiful, indescribable color patterns and energy swirls. In my delightful expansion of wonder, I glimpsed beings of a galactic nature, light forms and consciousnesses of the central sun, entities beyond my imagination, that I had not even conceived of before!

“It was as if my face was buffeted by the outer fringes of light of the central sun, and that is all I could take. I could advance no further towards this cosmic logos, as the 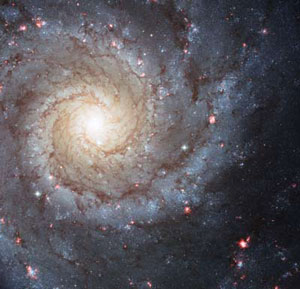 vibrational frequency was too high for me to incorporate. Even here, not within the full glory of the central sun but just brushing its edges, my emotional body was utterly affected. I knew that if I went any closer, quite possibly my emotional body could not contain the energy and would be literally shattered. The ineffable feeling of ecstasy radiated throughout the very essence of my consciousness, filling my being with light, love and thanksgiving.

“Just at the point where my emotions began to quake and I could no longer assimilate the vibration, our leader brought us out of meditation. In stages I returned to Earth awareness. . . . When I shared my meditation with the others and transferred the energy of the central sun, they sat transfixed, visibly uplifted.

“My experience, however, had so stretched the limit of my vibrational capability that I was out of sync with the third dimension. My four lower bodies at that moment were in a delicate state of balance with my light body, and I sensed intuitively that I should not have physical touch with anyone until I was resynchronized. I was reminded of Jesus’ experience where, upon his resurrection, he said to Mary in the garden, ‘Touch me not, for I have not yet ascended unto my Father.’

“Moreover, I knew the only one who could truly help me to adjust vibrationally and to ground myself in the physical was Yolanda of the Sun, because in her mastership role she carries the vibrations of the sun, or that level of vibrational frequency contact. Therefore, as soon as the leader closed the meeting, I quietly slipped out the back door without greeting anyone. Back home, I shared my experience with Yolanda and, after about half an hour, felt sufficiently grounded.

“This out-of-body experience is the breakthrough prophesied in my meditation of July 10th, two days ago, wherein I received glimpses of my past training in the Federation and the new steps to come. Obviously, that meditation and the contact with my guardian angel, who readjusted the vibration of my four lower bodies with my light body, prepared me for tonight’s experience. I was conditioned over the past two days for this flight out of the solar system.

“I realized that in my past training with the Federation I have had these experiences before, of attuning with the solar logos and, through that vibrational focus, being able to make connections with the central sun. The purpose, then, of this journey was to reawaken within me a new perception of our galactic connection, and the role of our solar system in that whole 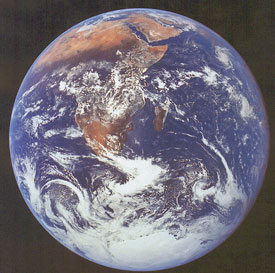 balance. It is time for this awareness to be anchored again on Earth through selected vessels, in preparation for our reunification with the Federation. Connecting with the central sun puts into perspective our work for the Federation of Planets, and where our solar system is evolving once complete coordination of planets is achieved here. This coordination, both of planets with one another and of our solar system with the central sun, is under the guiding influence of the solar logos.

“The sequence of my preparation for contact with the central sun is fascinating. First, my seven chakras and four lower bodies were coordinated and realigned with my light body. Then I experienced oneness with the Earth logos. From there my union with the other planets was effected, leading me to contact with our solar logos. Finally, through the vibrational corridor of energy and consciousness of the solar logos, I was taken to the central sun. The journey was one unbroken sequence, one layer of vibratory attunement opening the way for the next layer, and so on.

“As a representative of the Federation’s avant-garde on Earth, I have now anchored the consciousness, the vibration and the energy of this transfer — from central sun, to solar logos, to Federation of Planets, to Earth logos — through the very core of my being: from the light body, through the seven chakras and the four lower bodies, into the atomic structure of the physical dimension itself. This conscious transfer is another preliminary step in our reunification with the Federation. It is part of the inner plane functions that must be performed on Earth prior to more-overt, official contact with space visitors.”

2 thoughts on “Journey to Son/Sun Consciousness”