July 23, 2014. DREAM. Having been away on vacation for about a week, I returned to Mark-Age headquarters in Florida. Before I left, I had given explicit instructions, both to our printer and the staff, on the printing and mailing of the latest issue of our magazine. Upon return, I met with the printer and various of the male staff. Though the magazine already had been mailed, they handed me a copy to 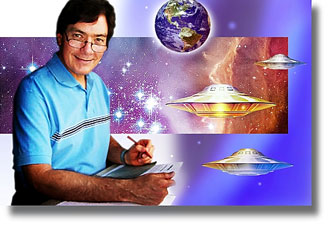 inspect, presuming I would be pleased with the finished product.

When I scanned through it, however, I discovered a number of glaring errors in printing and collating; some pages were misprinted, or were missing, or were masked out of order. I was shocked and dismayed that neither the printer nor the staff had been vigilant enough to catch these obvious mistakes, and to correct them, prior to the mailing. They all had been lax in their responsibilities.

I gathered the men together and, calmly but with authority, spoke words of truth to each one. I clearly pointed out their oversight, but I also shored up their understanding of how they should conduct themselves professionally as staff members.

Interpretation: Years ago, each of the men in this dream had forsaken any outward association with the I Am Nation through Mark-Age. They represent a segment of light workers who have not overcome obstacles in their spiritual progress, at least in regard to their original soul missions for the Hierarchy. The location of Mark-Age headquarters in Florida also reflects the past karmic ties that still bind them.

Printing and mailing a magazine have to do with mass educational functions, coordination with a network of light workers who depend upon headquarters as a source of hierarchal information. I am vigilant in my assigned functions, desiring to carry out my responsibilities to the highest spiritual standards.

Being away, then returning to inspect progress, I am being given a glimpse into the light-worker segment that still is lax in its spiritual responsibilities, as represented by those who broke association with us so long ago. I speak words of truth (sword of truth) to them, pointing out their shortcomings while at the same time encouraging them to do better. So be it.

July 23, 2014. HIERARCHAL BOARD MEDITATION. In meditation, I felt attuned in thought with Summalt and his hieronic space forces, and with Archangel Zadkiel and his Sixth Ray angelic forces, for spiritual projections of transmutation to the Eastern Hemisphere. As if I were projected into outer space looking down upon the Earth, I envisioned a cross of blazing white light superimposed over the land. The 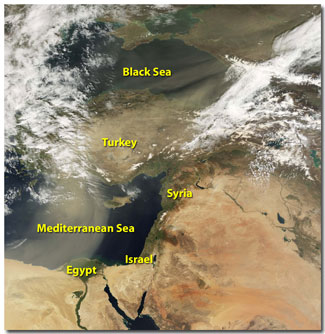 center point of the cross was laid over Israel and the Middle East; its equilateral bars extended northward through Syria, Turkey, and into Ukraine and Russia; eastward into Iran, Afghanistan and Pakistan; and southward and westward into Africa.

All of these areas are broiling hot spots of unrest, fighting, terrorist activity, deadly machinations and power plays: unresolved karmic conflict that goes back thousands of years. Indeed, the dilemma stems from argumentations and struggles between the Cains and the Abels millions of years ago.

For this whole planetary region, I joined with interdimensional forces to amplify spiritual projections for mankind’s purification into the Christ matrix of peace, love, cooperation and coordination.

Note: Interviewed on “Face the Nation” on July 27th, former Secretary of State Madeleine Albright characterized the multiple current international crises with this pithy statement: “The world is a mess.”

July 30, 2014. HIERARCHAL BOARD MEDITATION. Conrad, surveilling our headquarters for Dr. Hannibal, contacted me with a hieronic beam and, through the etheric spacecraft network, tied me in with the 144,000 elect (and 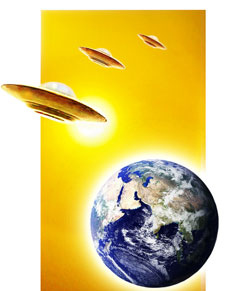 more) light workers on Earth. The purpose was for united projections of light to amplify worldwide the Christ matrix of peace, love, cooperation and coordination.

The projections have been ongoing in order to counterbalance all the upsets occurring on planet Earth, particularly in the Eastern Hemisphere (conflicts between Israel and Hamas in Gaza, and between Russia and Ukraine; concerns about Iran’s nuclear program; deadly Ebola virus outbreak in West Africa; ISIS terrorists in Iraq; war in Afghanistan, just to name a few hot spots).

During the hieronic contact, as my chakras were revved up, I thought momentarily that Conrad might channel a message. However, the only thought transference I received was: “Code Red.”

August 1, 2014. DREAMS. Twice I dreamed that, while I sat at the computer as an amanuensis, Nada-Yolanda dictated material to me. In the first dream, the dictation was an inspirational flow of instructions from Sananda. The second dream was a treatise by Yolanda on spiritual history. One of Yolanda’s female assistants, who remained unidentified, also was present.

Interpretation: Often, especially in the later years of her life, I acted as Yolanda’s “scribe” as she channeled vocal communications. Over the years since her transition, this scenario has cropped up in my dreams. I take the symbolism to indicate a coordinated, active interdimensional exchange with Nada of the Karmic Board in the etheric realms.

August 2, 2014. DREAM. My computer was attacked by a virus. When I discovered the problem, I scrambled to take countermeasures in order to eliminate the threat and to recover my machine. I located my recovery disk and quickly began reading instructions in the SOP manual on how to proceed.

Interpretation: From time to time, I’ve had similar dreams [example here]. They always are wake-up calls to beef up spiritual protection, especially in times of hierarchal energy influx. Certainly, in light of world events, the astral planes also are stirred up; negative forces (computer viruses) are attempting to make inroads. Moreover, last night I experienced oodles of frustration dealing with computer-programming problems on my blog. Certainly those frustrations contributed to this scenario.

August 6, 2014. HIERARCHAL BOARD MEDITATION. With less than three weeks to go before Robert and MariLyn leave on the Mission to Mt. Shasta (California) and Alaska, we focused on our spiritual preparations and tuned in to the Hierarchy for any guidance forthcoming. My meditation was deep and peaceful. In light-body consciousness, I linked mentally with four male masters: Sananda, El Morya, Summalt, and St. Germain/Dr. Hannibal. The four of them comprise a formidable team of positive action for the upcoming mission. In my role as grounding agent at headquarters, I will be able to draw upon their combined strength of

Addressing Sananda, I solemnly vowed: “I am at your service.”

Although I sensed a long period of communion with the four masters, I received nothing specific. Then, telepathically Sananda replied: “Return with me to the days of yore and renew your service in the Abel army of light.”

Twenty-six million years ago, Sananda was leader of the Abels, the segment of the fourth dimensional Elder race that sought to raise the fallen race of man, the third dimensional human subrace, back into I Am consciousness. Another segment of Elders, the Cains, wished to dominate, in effect to enslave, the fallen humans. They preferred the establishment of a caste system to deal with the dilemma of spiritual evolution on Earth. [See Mark-Age text Evolution of Man. Also, download the free e-book History of Light Workers.]

After perhaps thousands of years, the two segments of Elders were unable to reconcile their divergent viewpoints. Finally, Sananda attempted to lead some of the Abels to Alaska to escape from the Cains. During a final titanic struggle of spiritual wills near the foothills of Mt. Shasta in present-day northern California, the Cains defeated the Abels. (In the biblical allegory, Cain slew Abel.) Yet, Sananda was triumphant in implanting the divine commandment of Love God and Love One Another, thereby setting the vibrational frequency and pattern for the ultimate victory of light in ages hence. After that conflict, the Hierarchal Board banished the golden giants of the Elder race to Venus, for further cleansings.

The upcoming Mission to Mt. Shasta and Alaska will pick up those ancient spiritual threads and will reamplify the divine code of love for the current Second Coming program. Nada-Yolanda had her own Alaska Mission in 1990, so the 2014 mission also will build upon the spiritual projections she anchored then for the transformation of man and the devic-elemental kingdoms.

All of us light workers who participate in this mission will, in effect, renew our service to Sananda and his ascended army of light. We shall demonstrate Abel or I Am consciousness for the upliftment of man and all life forms on Earth. So be it.

August 8, 2014. DREAM. At headquarters, I was in conference with El Morya/Mark and other male staff members. Suddenly we heard several loud gunshots ring out next door. A man came running over, calling desperately for help. His kinsman, our neighbor, was drug-crazed, out of control, and was threatening his whole family.

Mark assigned me to go alone to handle the situation. I rose immediately, though I felt an initial tinge of fear at confronting a very volatile, dangerous individual. I asked Mark and the others to enfold me in spiritual protection, then rushed next door.

The emotionally distraught neighbor, wild-eyed, was waving his gun around. His family cowered in fear around him. Calmly I walked up and confronted him directly. With a steady voice of spiritual authority, I spoke to him and put my arm around his shoulder, expressing genuine kindness and friendship. Not expecting my tone and action, he responded with utter meekness. Thereby I defused the violent situation with the overriding strength of divine love, blended with spiritual power. I continued to talk to him and to embrace him, transmuting him with love.

Interpretation: With a proper blending of First Ray power and Seventh Ray love, we confront the violent and distraught thought patterns of our fellowman, and thus transform him into the light. As signaled in my meditation contact of August 6th, in this dream I drew upon the masterful strength and protection of El Morya, Chohan of the First Ray of Will and Power.

In the dream, the other male staff members were unidentified. I interpret that to mean they are part of El Morya’s coterie on the other side of the veil.

Although many in the family of man cower in fear at the rampant negativity displayed in man’s mortal consciousness (drug-crazed, out of control), we light workers must not fear, but must act quickly and decisively to instill on Earth the Christ matrix of peace, love, cooperation and coordination. Love conquers all. So be it.

One thought on “In Service to the Light”