July 17, 2013. DREAM. While traveling in Brazil with Mark and Yolanda, though at the moment we were in different sections of a city, I telephoned Mark for his instructions. He arranged for another staff member (not someone I know consciously) and me to meet them at a designated 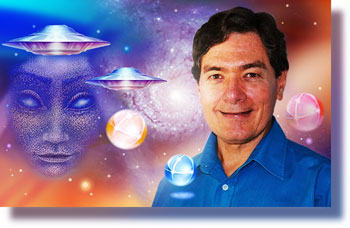 place and time in order to travel together to a particular event. Mark was, as usual, very precise and professional. When I hung up, I relayed the instructions to the other staff member and we prepared to depart for the rendezvous.

Interpretation: Upon awaking, my immediate impression was that the direct telephone (telepathic) connection with Mark and Yolanda on the inner planes represents decisive First Ray action, combined with Seventh Ray counterbalance, to solidify hierarchal force fields in the Western Hemisphere, which portrays the conscious, male-positive polarity functions for planet Earth. Many sweeping changes, including unsettling mass reactions to energy implantations, are evident now in both the East and the West. Brazil, in South America, further locates these actions first in the race subconsciousness; or, as the dream suggests, in the astral planes. The other staff member, unidentified, represents one of El Morya/Mark’s light workers in the higher astral realms.

Postscript: Unknown to me at the time of this dream, Pope Francis was scheduled to travel to Brazil on July 22nd. To Catholics especially, the visit of the first Latin American pope to South America is a major development. That further explains why my dream took place in Brazil.

July 17, 2013. HIERARCHAL BOARD MEDITATION. In a vision, my I Am Self stood before me as a tall priest, wearing a resplendent purple vestment with gold embroidery. 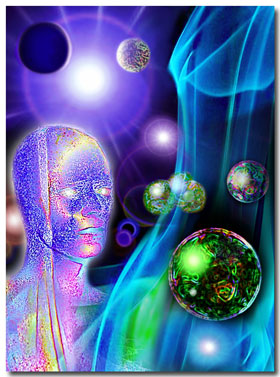 In solemn ceremony he placed in my mouth a large communion wafer, about the size of a CD. Willingly, I assimilated the essence of the sacred energy exchange. The wafer then grew in size to encompass our entire headquarters property. In my light-body consciousness I likewise expanded, then anchored the Christ energy not only through Robert, MariLyn and myself, but through the devic-elemental kingdom within the auric orbit of our property’s boundaries. For the rest of the meditation, I projected into mass consciousness of Earth the four-step Christ matrix of peace, love, cooperation and coordination.

July 22, 2013. DREAM. On my way to the first meeting of the Book Committee, which had been formed to coordinate the publication of our new book, I stopped in to see Yolanda. “I just wanted to touch base with you before going to the meeting,” I said as I gave her a hug. Leaving her quarters, I grabbed a quick bite to eat at a restaurant. As I was finishing, I looked at my watch; it was just after 8 o’clock. The committee meeting was slated to start at 9 o’clock, so I decided to leave immediately.

Interpretation: For the past few weeks, I’ve spent considerable time working on the editing and computer production of Nada-Yolanda’s forthcoming Autobiography of a Prophet. Perhaps the Book Committee symbolizes this project. Certainly I feel a great interdimensional connection with Yolanda and Mark as I work, and that connection is repeated in my dreams. Undoubtedly they and others on the higher planes are continually feeding me inspiration on how to present this major Mark-Age textbook.

In a larger sense, the Book Committee may also represent the “book of knowledge” that Mark-Age offers the world through the Hierarchy’s mass educational program. Or, at a personal level, it may be a code for my own “book of life” that is being revealed through my life’s mission. Nada is the keeper of the records, the representative for the race subconsciousness in these Latter Days. I honor her role in all that I undertake to publish her life story to the world.

July 27, 2013. DREAM. I observed as a female obstetrician examined a pregnant woman. The doctor determined that she was dilated sufficiently. Later, it was announced she had given birth to a baby boy. 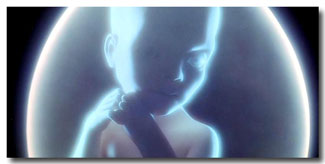 Interpretation: The dream signals a new birth in consciousness, another step in spiritual growth. It is foreshadowed first in the subconscious realm, to be externalized consciously in Spirit’s proper time. The dream may apply not just to me personally but to the spiritual program in general; that is, a new cycle is coming for mass consciousness on Earth.