June 22, 2013. DREAM. Glo-Ria and I happily were discussing one of her books. But as soon as I awoke, details of the dream dissipated. 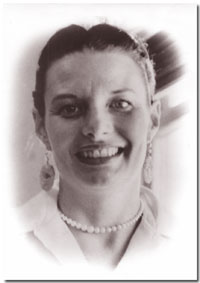 Interpretation: Symbolically, the dream shows an inner plane connection with Glo-Ria, perhaps a “debriefing” due to her close involvement recently with the introduction of Zorrah to our force field for his assignment during the East Asia Mission.

Last night as I prepared for bed close to midnight, I had the distinct feeling that the hieronic energy transfers from ship #1236 had abated. For the first time in days, my auric and physical system was vibrating in a smooth harmony, without an added load. That feeling was reinforced several times during the night when I would awaken. Today that sensation of release from the hieronics has continued. More than likely, ship #1236 either has moved out or is in the process of disengaging from our headquarters force field.

As Hannibal had channeled on the 19th, “We shall continue these energy integrations through the time cycle of your summer solstice, and then we shall ascend from these environs as you further incorporate your newfound ascension.”

July 6, 2013. DREAM. While I was shopping at a mall with my brother Fred, who is a scientist and naturalist, he excitedly told me of a new scientific theory being proposed, having something to do with configurations of energy systems and their effects on planet Earth (when I awoke I did not recall the specifics). The author of the theory, Fran B. Erblitz (fictional name) at that moment was holding a book signing in the mall, so 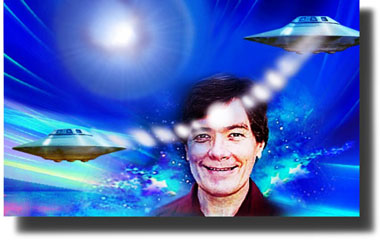 we procured a copy of the book and stood in line with others at the store to have the author inscribe it. But Fred walked off temporarily, with the book, to do something else. When my turn came to stand in front of Erblitz at the book table, I said to her, “I have nothing to sign.” She picked up several bookmarks instead, signed one of them, and handed the stack to me. I then said, “Thank you for the Force that you bring to this world.”

Interpretation: The dream’s connection with science, I believe, has to do with spacecraft hieronics, given my hierarchal function. My brother Fred would represent scientists as well as the brotherhood of man on Earth; if not spiritually awakened, at least receptive to higher truths. The bookmarks allow me to “mark” the occasion in my consciousness, for later use.

The specificity of the author’s name gives a clue. An Internet search revealed no one of that name. However, er blitz in Danish translates to “the flash.” And blitz is German for “lightning” or “flash”; it also carries military and sports connotations of a sudden attack or onrush of forces. In this sense, in light of my unusual reply to the author, it would imply the inrush of hierarchal energies (the Force) from the higher planes, assisted and coordinated by spacecraft.

Also, the author is a female, symbolic of information being introduced from the higher realms, or superconscious, through the subconscious (female) to the conscious mind. The publication of the new book represents the concrete implantation of this knowledge into the subconscious, for conscious revelation. The name Frances means “from France” or “free man.” France signifies my own soul record; recently I have been reviewing my past experiences and relationships in France, in 1972–73. The code name Fran B. Erblitz could be translated: “Be free as the energy blitz transforms your soul.”

July 9, 2013. DREAMS. In one dream, I went skinny-dipping in a large public pool. No one else was in the water, but many people were standing around or sitting on the edge of the pool. The dream symbolizes my full immersion in the baptismal and cleansing waters of energies now coming into planet Earth for our spiritual renewal. I am naked and unadorned, thus unhampered by mortal encumbrances and fully exposed to my high Self purpose. Willingly, I jump in, immerse myself; other light workers, including aspects of my own subconscious thought patterns, will follow suit. The cleansing waters also represent my Sixth Ray transmutation functions. 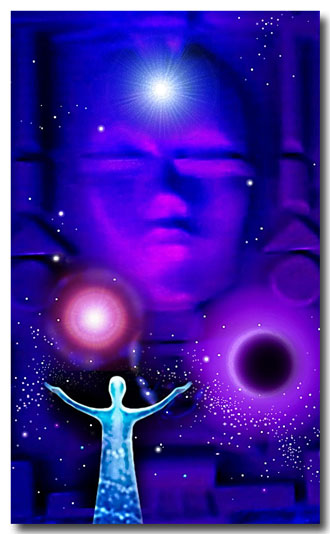 In a second dream, I was in a scientific laboratory, not doing research but observing. As in my dream of July 6th, the scientific analogy probably refers to hierarchal spacecraft functions. See similar symbolism in my dream of May 28th, where I was doing scientific research at a secluded facility when nuclear bombs went off in the distance.

The setting of the third dream was at the former I Am Nation headquarters in Davie, Florida. Past staff members were present, along with Robert and others whom I did not recognize. I had been away but had returned, so I stepped into the Routing Room to check any mail and messages. Neatly arranged on the bulletin board were a slew of new memos and correspondence from Nada-Yolanda. . . . A former staffer entered. She was joyful and pleasant. Placing my arm around her shoulders in a warm greeting, I said to her, “It looks like I need to catch up on some reading here.”

The Davie headquarters symbolizes the past, the subconscious record of my journey to implant the I Am Self (I Am Nation) on Earth. It also represents a level of consciousness among light workers who have progressed only to a certain point in spiritual demonstration; hence, the former staff members, who long ago forfeited their highest spiritual opportunities to fulfill designated soul missions for the hierarchal program in the Latter Days. There is always hope that Spirit will nudge them to spiritual restitution for past decisions and deeds. In addition, I have a soul bond with [name of staff member], not only from this lifetime but from at least two past lives (Egypt and Palestine); so, she would represent an aspect also of my own soul memory.

The memos and correspondence are indications that Nada of the Karmic Board is busy with plans and projects to uplift mass subconsciousness, as well as to bring light workers into higher alignment with the Hierarchy’s evolutionary advancements for the Second Coming program. In the summer action cycle, I too am aligning my consciousness, reintegrating and reevaluating my past record, preparing myself for ongoing implementations of my soul mission on Earth. So be it.

Master of the House

Robert, MariLyn and the consolidated force field of our headquarters. The Master’s direct contact, which I had not experienced since he had channeled on May 8th, recalibrated my vibrational frequencies. My four lower bodies clicked into greater alignment with my I Am light body. Reviewing my discipleship over a series of lifetimes when I had incarnated with Sananda, I renewed my vow of dedication to him and the Second Coming program.

Sananda, who for fifteen minutes remained silent, only opened a mental-telepathic link at the very end. As he was set to depart, he said with clear authority, “I am Master of this house.” He meant that not only is he the representative master of my consciousness and body temple, assisting the incorporation of my own I Am Self, but he is the guiding force of our triangulated team and of the dome of light, or “house,” of I Am Nation headquarters. Moreover, as Prince of Earth, he is Master of our planetary house and of all who reside therein.

July 11, 2013. DREAM. Mark-Age had purchased five Cessna aircraft, of the type I typically fly, for a total cost of $100,000, which was considered a good deal. While Robert and I were discussing the large expenditure of funds, it suddenly dawned on me that we also would need to figure out where we were going to put the five planes, as we had no hangar or other large space available!

Interpretation: Aircraft suggest upliftment, new spiritual ascension, flight above the mortal realm. The number five represents not only healing but also manifestation of the harvest. The amount of $100,000 suggests a new octave multiplied to the fifth power. Considering how to hangar the craft means that I must give thought to housing new spiritual opportunities and talents in the proper structure on the physical plane; that is, I must secure the anchoring of new I Am talents through my four lower bodies.