SUMMALT: Greetings, beloved wayfarers, my team of light and love in action. I am Summalt, commander of hierarchal forces in the Eastern Hemisphere. I will not belabor the contact during this session, but wish to report that I have established an emergency channel through this Motah outpost [Phillel] at I Am Nation headquarters, under purview of Dr. Hannibal/St. Germain, for purposes of the 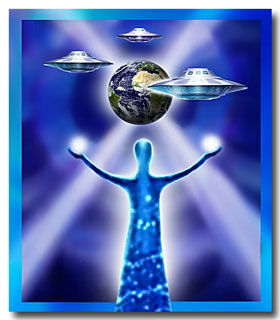 commission to establish a free-flowing line of energy and information during the East Asia Mission.

All of my negotiations with those astral forces in the Eastern Hemisphere, in those regions to which you are traveling, have been completed sufficiently at this moment in time. But be prepared, if need be, to turn on a dime if my guidance shall be forthcoming to you in those sectors.

Fear not as you walk through the Valley of Sorrows that is this planet Earth of third dimensional frequency.* But we have cleared the path in every foreseeable respect, and therefore you should proceed with confidence in your Christ guidance and in the overseeing aptitudes that we provide from these etheric dimensions during the course of this mission.

All is in alignment not only from our side of the veil but also within your ranks, both as a triangulated team and as a contingent of light workers who are participating consciously as well as superconsciously in these implantations of light that shall be forthcoming.

At all times I shall have you under my personal supervision from my master craft #7423 stationed in these Eastern environs. That includes a multitude of ships and forces which are anchored through many vibrational levels — from the etheric, and even dipping into the astral planes and into the higher invisible frequencies of your physical dimension, as well — in order to assure your protection, your safeguarding, your intunements, and the free flow of information between us interdimensionally as we proceed.

Zorrah, captain of his forces, also is under my purview and has positioned himself with me for these spiritual projections. Since he too has completed his braiding with this unit, he is up to full capacity with his telepathic relays during this mission.

From ship #10, Sananda relays: “All systems go. Proceed at my command.” Thus we follow the Master’s signal. We are ready for spiritual pickup.**

Rest in the peace of your I Am Self. All is in order. Summalt, exercising his command prerogative, under purview of Dr. Hannibal/St. Germain through this Motah outpost, on this emergency-relay channel. We surround you in light at all times. Summalt, known as Peter, the rock of faith, over and out.

SANANDA: Sananda, raising the signal flare to all under my command, issuing this decree: Go forth now. Heal and uplift my children of light. Go with God, and come with me. Sananda.

Note: Our Hierarchal Board meditation at I Am Nation headquarters was the last gathering of our triangulated team before Robert and MariLyn were scheduled to begin the East Asia Mission on May 10th. For the first ten minutes or so, my heart chakra was greatly activated, as if it were on fire.

Eventually, Summalt contacted me via a hieronic beam relayed through Dr. Hannibal’s forces. He was operating on a unique vibrational wavelength that he termed an “emergency channel.” As he adjusted his energetic lines of force through my crown chakra and prepared me for a vocal channeling, he signaled his presence in universal sign language, forming his characteristic signature.

** pickup: a spiritual uplifting; a raising of consciousness.

LISTEN TO PODCAST: Click on the “Play” button below to listen to the above communication, as recorded live on 5/8/13. This recording was released on I Am Network of Light tape #1073B, for the week of 7/7/13.