July 29, 2013. DREAM. During a spiritual discussion with Robert about the nature of God’s love, I asserted, “Love is the only force in the universe that can heal everything.” 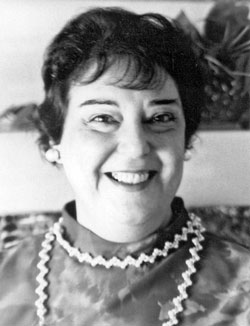 July 29, 2013. DREAM. Yolanda and I, in a staff conference, were coordinating a promotional mass mailing. We had just obtained the flyers from the printer. They were printed on large sheets of orchid or lilac paper stock.

Interpretation: The inner plane connection with Nada-Yolanda evokes my hierarchal functions for the mass educational program. The orchid paper stock refers to the Sixth Ray of Transmutation, my home ray. As with the symbolism of new birth in the dream of the 27th, the mass mailing foreshadows a new cycle; preparations are being made on the inner planes.

July 30, 2013. DREAM. As the owner-manager of a local radio station, I went to my office to check the scheduled programing. I was slated to broadcast a program on Pericles at 9:05 in the morning. My brother Jonathan was there, helping me search my files.

Interpretation: The radio station symbolizes the spiritual broadcasting unit of my own consciousness. Although I knew Pericles had been a historical figure in ancient Greece, I had to search the Internet to find out who he really was, and why his name had shown up as a symbol in my dream.

According to Wikipedia, Pericles (c. 495–429 BC), whose name means “surrounded by glory,” was “the most prominent and influential Greek statesman, orator and general of 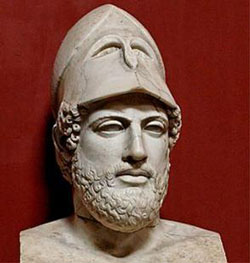 Athens during the Golden Age. . . . Pericles had such a profound influence on Athenian society that Thucydides, his contemporary historian, acclaimed him as ‘the first citizen of Athens.’ Pericles turned the Delian League into an Athenian empire and led his countrymen during the first two years of the Peloponnesian War. The period during which he led Athens, roughly from 461 to 429 BC, is sometimes known as the ‘Age of Pericles.’ . . .

“Pericles promoted the arts and literature; it is principally through his efforts that Athens holds the reputation of being the educational and cultural center of the ancient Greek world. He started an ambitious project that generated most of the surviving structures on the Acropolis (including the Parthenon). This project beautified the city, exhibited its glory, and gave work to the people. Pericles also fostered Athenian democracy to such an extent that critics call him a populist.”

Thus, Pericles (“surrounded by glory”) would be an apt symbol for my I Am Self. I have soul recall of having incarnated in Greece as one of the youth of Athens whom Socrates taught.* Socrates (c. 469–399 BC) was a contemporary of Pericles. Certainly I also would have known of Pericles in that incarnation. Pericles’ promotion of the arts and literature further resonates to my soul functions for the Hierarchy’s mass educational program, as depicted also in my dreams of July 22nd and 29th.

As in the dream of July 22nd where the Book Committee is scheduled to meet at 9 o’clock, the similar time of 9:05 in this dream is a curious repetition. According to 1000 Keys to the Truth, which is based on Nada-Yolanda’s channelings, “number nine has the spiritual meaning of mastership in an Earth incarnation; conquering on all three levels: spiritual, mental and physical.”

“Number five has the spiritual meanings of the harvest known after the return; and the one who returns after having experienced all other levels.” In addition, “number five is the symbol of man on the Earth physical plane.”

July 31, 2013. DREAM. While riding in the car with a male and a female coworker (she was driving, and the male and I were in the back seat), we stopped at a red light. Suddenly, a man tumbled out of a car traveling through the intersection in the opposite direction. He quickly got up and approached our car. Before I could yell to the female driver to lock all the doors, he flung open her door and forced himself inside. I jumped out of the car in the nick of time, but the carjacker drove off with my coworkers. Alarmed, I immediately called 911 to report a kidnapping. Soon, the police arrived and cordoned off the area. I gave the lead officer a detailed description of the kidnapper: he was of medium height and build, had dark eyes, and his dark hair was cut in a burr.

Interpretation: Another warning to be vigilant about spiritual protection. The police officers represent protective agents in the higher planes. The female driver, who did not respond quickly enough, symbolizes the autonomic controlling factor of the subconscious; yet, the proper pattern of automatic protection needs to be reinforced.

August 3, 2013. DREAM. While on a hierarchal tour in Australia, I was coordinating promotional materials with local Mark-Age Family members. As we prepared to shoot my new publicity photo, I 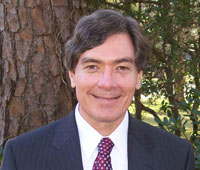 became aware of nefarious lower forces who, on the periphery of our secure auric zone, were attempting to thwart our plans or impinge on our activities.

Interpretation: As with the July 31st dream, this one highlights spiritual protection. But it also repeats the symbolism of other recent dreams regarding my functions for the Hierarchy’s mass educational program. Australia, the land referred to as Down Under, represents both the subconscious (the realm under the conscious) and the astral plane.

Later, I heard on the news that the United States, alerted to specific new terrorist threats, would be temporarily closing twenty-two embassies and consulates in the Middle East and Africa, starting Sunday the 4th. The extent of the closings was unprecedented. Also, the U.S. State Department has issued a worldwide travel alert, effective till the end of August.

August 7, 2013. HIERARCHAL BOARD MEDITATION. In our Wednesday group meditation, we focused on spiritual protection and on the continuing assimilation of energies during the summer action cycle. I experienced significant light-body expansion as I broadcast the higher light. I received a specific phrase, “Protect the matrix”; that is, the Christ matrix of peace, love, cooperation and coordination.

Toward the end of the meditation, I had a vision of myself standing alone in an antechamber, waiting to be called into the hierarchal council gathered in the adjoining room. But my time was not yet. Mass consciousness was still assimilating the spiritual advancements so far achieved. I must wait for others to catch up.

* Socrates was an incarnation of Sananda, Prince of Earth and Chohan of the Seventh Ray.

One thought on “Summer Assimilations III”