NADA: Nada of the Karmic Board. During my reign on Earth in the Age of Capricorn two thousand years hence, mankind, having seen the folly of his division and separation, and having demonstrated Christ unification principles during the Aquarian Age, will ultimately dismantle the last vestiges of the Great Wall of China. 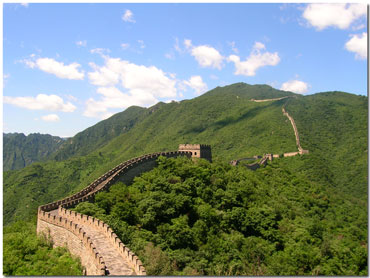 For all monuments that have attested to man’s segregation from God and fellowman shall and must be swept away, eliminated from Earth expression, in order fully to manifest a new civilization of fourth dimensional heaven on Earth. Such will be the fate of all such third dimensional structures.

The consciousness of this spiritual realization begins now, will be fully formed during the Age of Aquarius after Sananda, Prince of Earth, anchors his transformative demonstration for Earthman, and then in Capricorn will be brought into the final stages of karmic justice.

The dismantling of the Great Wall is just one outer symbol of these actions to come. So I see it, and so shall it manifest according to this hierarchal decree for the highest good of Christ demonstration of all on Earth. 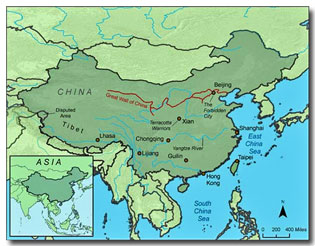 So the new matrix now goes forth, issued by Nada of the Karmic Board, still a prophetess of the Second Coming from these etheric realms of Earth, in full alignment with solar system functions under Michael and Maitreya. Love must manifest as decreed on Earth as it comes into its role as the Seventh Ray planet in this sun/son system. So be it. I am Nada, projecting herewith a new karmic history for Earth in ages to come.

Note: In a meditation from 2:45 p.m. to 4:15 p.m., Nada of the Karmic Board overshadowed me and issued the above prophecy. At the time of this receiving, it was the wee hours of the morning on May 27th in Beijing, China, which is twelve hours ahead of Eastern Daylight Time at I Am Nation headquarters in Tennessee. On this day in China, the 27th, Robert and MariLyn, now in Beijing on the East Asia Mission, are scheduled to visit the Great Wall.

The Great Wall, of course, also may be viewed as a metaphor for the divisions that the Chinese people have erected in mortal consciousness for themselves. For, in many respects, they are a society still in competition with what Dr. Hannibal on May 15th channeled as “the incoming era of Aquarian principles of brotherhood, equality, love, and altruistically motivated government of, for and by the children of God on Earth.”

In regard to dismantling the Great Wall, Nada is not prophesying malicious or wanton destruction by the evil actions of man (although some dismantling may occur via natural Earth changes over time). She is speaking of the transformative rejuvenation and restructuring of the Earth environment once we have been translated into the higher frequencies of the fourth dimension. From that spiritual base of reality, when we all are manifesting our light bodies in I Am consciousness, we will be able to restore the third dimension of Earth from higher spiritual standards.

The Age of Capricorn is over two thousand years in the future, after Aquarius. Earth will be a much better living abode then, for we will have spent the two thousand years of Aquarius restoring ourselves to our spiritual birthright, clearing up negative karma, and living in peace, love, equality and brotherhood. Mankind in the future will have no need for monuments to war or military might, or nationalistic divisions or boundaries, or any self-glorifications. All architectural structures in that higher vibrational frequency will be in full harmony with the natural Earth environment, and will glorify only the one Father-Mother God. So be it.

Nada’s prophecy reminded me also of the one she had issued for the Middle East, through her mortal instrument, on September 13, 2000, when she was in Kusadasi, Turkey:

“Earthquakes in the next twenty-five years will crack the holy sites and make rubble. This is the sign of the end of the Piscean Age, and makes ready for those new structures for the next two thousand years of Aquarius.

“Similarly, in the next one hundred years many revered sites of the past six thousand years of history in Jerusalem, and everywhere in Israel, shall be shattered as the Earth wipes out the monuments of the Ages of Taurus, Aries and Pisces in order to reestablish the Aquarian Age of peace, love, cooperation and coordination.

“The fighting between the one family of Arabs, Jews and Christians is over. The present war of dominance, separation, favoritism, power is over. So will end the foolishness of mortal man, his evil ways and his lack of spirituality. Begin the cycle of forgiveness and oneness as befits the children of one Creator, our Mother-Father God. So be it. Om!“

One thought on “Great Wall of China”