May the gracious blessings of the violet flame be with you, for balance and ease of transmutation into your resurrected, light-body form.

In these Latter Days, all of us are experiencing a tug and a pull from both soul purifications and spiritual resurrections. While in the throes of personal and planetary cleansings, but also spiritual renewal, we are challenged to walk through these purifying fires of change with balance and grace, leading the way for the rest of humanity.

The pathway is not easy, of course, but we must pass through this transmutation, this sixth step, in order to anchor the seventh step, the ascension and the redescent of the new heaven on the new Earth. To do so, we must keep our eye single on the goal, the demonstration of our Christ Self. Therein lies our quintessential balance and poise.

In a channeling through Nada-Yolanda on April 4, 1969, Sananda/Jesus perfectly trains our thoughts on spiritual ascension while we undergo transmutation, and he gives his own path of ascension as the preeminent example: 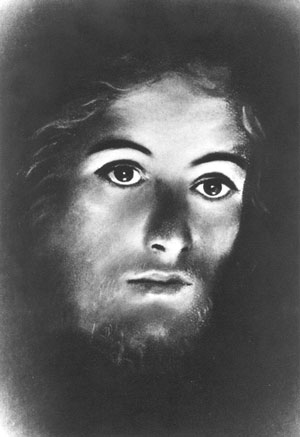 “The Sixth Ray function is the transmutation of the planet, of the individuals and of the life form. The initiation of the crucifixion is that transmutation or transformation of form. It is through this so-called violet ray that the body of man can pass and come out whole in the resurrected body or the light frequency. . . .

“The Seventh Ray represents the light body, the fulfillment, the peace and the rest and the recall into God consciousness or the original concept upon which man has been created. So it is the Seventh Ray that we are waiting for and the seventh initiation for mankind that we await in the Golden Era, or the Aquarian Age.

“It is not that you cannot see glimpses of, portray and participate in some of the Seventh Ray functions upon the Earth in this very present moment and the time of now. But we are talking in this instant about a Seventh Ray demonstration and an initiation for a whole race upon a whole planet that will join an entire solar system, of which it is only one part. So, this is what the [Latter-Day] program is essentially about: a Seventh Ray function and a Seventh Ray initiation.

“The seventh veil that we have spoken of in many of our discourses . . . involves that Seventh Ray function and the seventh initiation for all mankind.* But man individually, specifically — and some of them who are masters and to ascend in the consciousness of manifestation of the Seventh Ray principle — can experience all of these things in a single lifetime and upon a single planet and in a single era, according to his own fruits and according to his own accomplishments from other eras, from other times, from other places in the solar system and beyond, and from what he has experienced and has fulfilled along the pathway to this final goal. . . .

“When you read or when you understand and contemplate the many things that are presented in these instructions for the final days, you must apply them to your own individual consciousness and, if you have not arrived yet to the place where you are to demonstrate full mastership, what your role will entail, how you eventually will experience it in time, and perhaps even on this planet, or not necessarily on this planet but can experience it beyond this planet.

“You also must relate it then to individuals . . . that shall have to bring about the same examples and to follow the blueprint as outlined here. Finally, you must read and understand all of these things in relationship to an entire planet, a mass group that must have initial understandings and go through some of the wrongdoings, and rightings of those wrongdoings, through the rending of the seventh veil. . . .

“The Sixth Ray and the sixth initiation were brought about by myself in that final day upon the place of skulls known in history as Golgotha, where took place a crucifixion of the body in order to prepare for the resurrection of the soul. The soul was purified enough from past lives and experiences and teachings and demonstrations to be able to carry 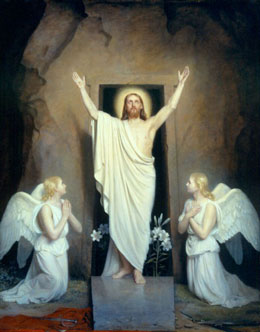 forth a true resurrection and to bring about on the same dimension the light body or the spiritual force in which the eternal soul resides. . . .

“But it is the soul that has purified itself that must be the gateway or the means by which this can be made manifest. It is through the soul consciousness, the purified soul self, that the physical body is drawn, eliminated through transmutation of the cellular structure, and able to become solidified or unified with the light body, which is always manifest and is never denied to the man in personality or the soul in consciousness.

“This took three days, according to the way man calculates time. It took place in full consciousness of the death of the body, the awakening of the soul, the passing through the lower dimensions known as the astral planes, and coming back into the physical so the physical could be reunited or joined with the spiritual body, which at all times overrode or overshadowed the soul and the physical form known as Jesus the man.

“This then prepared the form to perform what it had to in releasing from the tomb, stepping forth into the dimension of five-sensual concept and allowing all who were participating in that experience — mainly the disciples, and those who were close to the disciples and the understanding and teachings brought about in that experience and life period — to see and to know what it is to fulfill the final initiation of life in third dimensional form without a break in time or personality.

“Although Mary, who greeted the Christ form or resurrected body, did not recognize the form, it still remained the same personality. This is only because the personality of the man Jesus, whom I represent 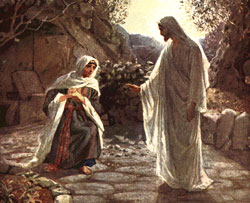 and who I still am in consciousness, was purified enough, by experiencing all the lesser or initial initiations, to maintain and to express in that particular frequency or [Christ] Self form.

“This does not always occur, because many become resurrected through a time lapse or a period of time that has taken much other activity into consideration. For example, one may have purified to a certain degree and have demonstrated certain qualities of mastership but have to be drawn away from the planet and from the astral planes, purified further in the etheric, in order to become fully Christed in the sense of a resurrected body, and return unto the dimension that needs or requires his particular demonstration or act or performance that is to play a part in a total, overall human plan or scheme of evolvement.

“This has taken place with many, many masters who are now channeling through certain chosen disciples and are resurrecting their bodies via the use of the temples of their selected disciples and initiates that have agreed to this. That is why we have said to you on many occasions that the use of the vehicle of certain channels is perfectly proper in this particular time for the purpose of demonstration. These masters are resurrecting their light bodies through the physical body of their channels and performing certain rituals and initiations that are required for the planetary evolvement and for certain other disciples who come under their recognition and realm to see and to know.

“This is another reason why certain avenues of expression and certain schools of thought are particularly pleasing and apropos to individuals on the planet at this time. We also will include disciples and individuals who are on other dimensions that cooperate with such a master who founds a school or a way of life and has a large following. This is because that particular master has around him many who must understand and experience that particular demonstration. It is through their efforts, and the efforts and sacrifices of channels and guardianship participants that purposely further the works of certain individualized souls, even though their mastership is not on the physical at the present time.”

Sananda went on to explain that “this ascension and redescent are the seventh initiation for the masses for the rending of the seventh veil completely.” Although the masses are not all at the same level or step, there are many light workers on the planet “who are to prepare themselves for greater demonstrations during the entire period provided for that seventh-veil rending,” and there are many who “are ready and prepared to demonstrate the final rending of the veil.”

Sananda continued: “It is only certain selected ones who have volunteered to do this that are undertaking step-by-step the initiations and the rending of the seventh veil to prepare the masses for what they must go through. . . . But as you progress step-by-step and make an inroad into the path toward the next highway or sign of growth, you will give more of yourself and will appreciate what the group or the masses are ready to accept and will give them what they are ready to accept as you go along with them, because you already have passed through that road or path.”

May we each walk steadily through the balancing fires of transmutation, following the path of ascension laid down by our beloved Master and planetary way shower, Sananda/Jesus the Christ.

Photos: (1) Charcoal drawing of Sananda by Mrs. Walker of England, while in semi-trance, circa 1940; courtesy of Ronald P. Beesley (1903-1979) of White Lodge; official print in Mark-Age Archives. (2) The Resurrection I by Carl Heinrich Bloch, courtesy of www.carlbloch.org. (3) Magdalene (Mary recognizes Jesus outside the tomb) by William Hole.