When reading Dr. Robert’s recent blog on Lady Violet (click here), a code name for St. Germain’s twin soul on the Sixth Ray of Transmutation, I was reminded of a fascinating dream I had in 1976, involving an astonishing materialization of my master teacher. I was twenty-four years old then and had been serving full-time on the Mark-Age staff at MetaCenter in Miami since October 1974.

This dream has never before been published in any format, though I alluded to part of it in the 2015 blog post Wisdom of Transmutation. Of course, I shared the dream with El Morya/Mark and Nada-Yolanda at the time. See also the two notes at the end.

April 15, 1976. DREAM. Yolanda informed the staff that St. Germain was going to materialize at our hierarchal meditation that evening. He was going to appear under the code name Eqsit. Mark explained to us the meaning of this code name: Eq = crossing out; sit or sis = title 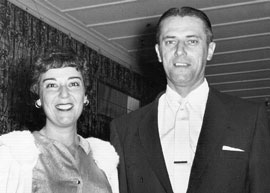 of a commander in the space program. Eqsit was pronounced “Exit.” [Note: That is to say also “X it” or “cross it out,” as with the Sixth Ray function of cleansing and transmutation.]

I became excited at the prospect of my master teacher materializing to the group, so that evening as the meditation began our expectancies were very high.

As the meditation began, the energies became heightened immensely. I stood up and became overshadowed. As strong jolts of energy passed through me, I knew I was being used as an instrument to help anchor the materialization to take place. The energies became so intense that I began to roll around on the floor in strange movements. Nada, in her light body, announced that this was to cleanse myself of entities in preparation for the materialization. The entities were astral influences within me that were blocking or hindering my adjustment to the higher frequency needed to sustain the materialization.

Finally, the adjustment was made and I stopped rolling on the floor. I then rose into my light body and flew around the room, following Nada. We were still expecting the materialization of St. Germain any moment.

Nada and I were the only ones in the room at that moment. I asked her where was El Morya/Mark, as I didn’t see him. She said, “He’s right there,” and she pointed her finger. I still could not see him, but knew that Nada could.

Then Eqsit/St. Germain materialized and walked into the room. But I was totally surprised because he appeared as a beautiful young woman. Though his/her vibration was very familiar, it shocked me. I greeted her excitedly and hugged her.

She sat down in a modern violet and white swivel chair, and I sat on the floor next to her. As we talked, I noticed a row of space symbols written on a white helmet or breastplate she had in her lap. As St. Germain, he/she said to me, answering my thoughts, “Don’t doubt that I am here, for I have come in the most suitable form.”

We then went for a walk in the neighborhood. St. Germain would transform alternately from the image of a young woman to that of an older man. (The thought coming to me after the dream was that the image of the older man was that of Apollonius of Tyana.) We talked about my

life and my present incarnation. I told him about my life, about how things had unfolded in this lifetime, even though I knew he already knew about it. He remarked, “I see you went to scout camp [as a boy] as I told you to do.” I said yes, and we had a good chuckle about it. . . .

As we walked along and began talking about the present (he was now in the image of an elderly man, wearing white robes), he said that he and Nada had confidence in me and had assurance that I would accomplish what I had set out to do in this life’s mission. Our exchange was very informal and congenial.

We came back to the house, and it was time for him to go. We hugged good-bye and he left. Excited about what had taken place during the materialization, I ran back to tell Yolanda and the rest of the unit.

Note: Commenting on my dream a few weeks later, Yolanda wrote: “The one of April 15th about St. Germain is to be taken as a flight to another level of consciousness and plane of action where these things can be expressed without restrictions of time, place, form of any kind.”

Note in 2022: It occurs to me that the Master’s materialization as a female can represent that in the ascended consciousness, one has equal, balanced mastery of both positive-male and negative-female polarities, and thus can materialize whatever creative form is needed for a particular spiritual demonstration or lesson.

« Transmutations
Harmonies of the Soul »