June 8, 2022. Robert and I went over to see [our neighbor] Mac Gibson this morning. (He has been declining from cancer over the past several months.) He is half-in, half-out, and appears to be close to transition. He is very emaciated, gaunt, almost skeletal. But he opened his eyes briefly and recognized us when we arrived. He was lying on the couch, and we sat next to him so that we could place our hands on him and transfer light and love energy. 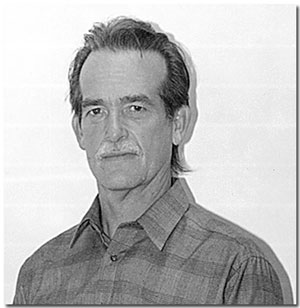 We were there perhaps thirty minutes. Robert and I, as a tag team, spoke as we transferred spiritual energies, helping to set up the vibrational force field for his passing. It was a very powerful session, with many attending also on the other side. Specifically, we felt the presences of Nada, Sananda/Jesus, Mary (who in Atlantis prepared the Amerindian tribes), Golden Eagle (astral Indian chief in this area), and brought in the space brothers and sisters, too. We perceived a circle of “grandfathers and grandmothers” on the higher realms (which of course also includes the angels) who are holding the force field of light and protection for Mac’s upcoming transition. As Robert envisioned, the shaft of white light is in place for his transfer. Mac is moving halfway up the shaft now; it’s only a matter of time.

We thanked Mac for all the wonderful accomplishments in his life, for holding the original vision steady for the gathering of light workers in this area of Elk Valley — which has manifested just as he foresaw here back in the late 1980s. [Mac’s light center is called A Place of the Heart. Mac follows both New Age and Lakota Sioux spiritual traditions.] We assured him that all is ready, in a state of preparedness. There is great joy on the other side, for they are receiving one of their own. His spiritual mission will continue unabated, and we who remain here will carry on with his legacy of light in this sacred location, prepared by the spiritual Hierarchy for the Second Coming program.

Addendum: Mac passed away peacefully on June 23rd, one day after his eightieth birthday.

June 8, 2022. HIERARCHAL BOARD MEDITATION. Robert and I both focused on the violet flame and the Sixth Ray, as that will be a theme of his blog post on the Temple of Saturn later this week [click here]. I became infused with light-body energies and, as has happened a number 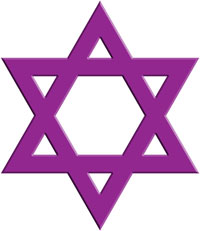 of times in the past, my violet-colored auric field took on the shape of the Star of David, symbol of the Sixth Ray of Transmutation. I entered a state of equipoise within the radiation of my home ray; the two interlocking triangles of the star, representing the Trinity of God (downward) and the trinity of man (upward), were completely balanced, allowing for a clear state of purification.

While I held and radiated this energy to all on Earth, a new, clear image was presented to my consciousness. A pure violet Star of David, several inches in diameter, was embedded in each of my seven chakras, aligned along my spine. Seven stars for seven chakras: crown, third eye, throat, heart, solar plexus, regenerative, and sacral.

Eventually, after sufficient transmutation had been broadcast, the violet light began to turn gold. My light-body aura, bell-shaped now, manifested as golden light. Next, the gold liquid-light shot up through my crown chakra straight into the heavens, formed an umbrella-like canopy, and then cascaded down to Earth, covering the whole planet in the peace and love of the Seventh Ray. All on Earth, including the lower kingdoms, were imbued with golden light. Resting in the peace of my I Am Self, the work completed, I came out of meditation.