October 2, 2013. MEDITATION. Sitting in meditation in the early afternoon, I linked with Robert and MariLyn to anchor the transfer of light here at I Am Nation 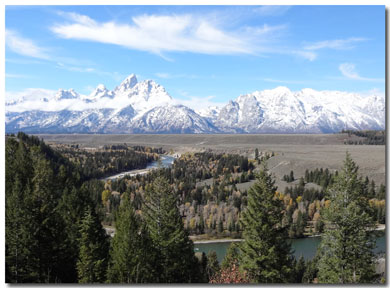 headquarters. They had left yesterday morning for the Teton Mission and now were settled in their lodge in the Tetons in Wyoming.

Thoughts flowed into my mind about Sananda’s work in that vicinity where he had his spiritual headquarters at the Temple of Venus. During the struggle between the Cains and the Abels twenty-six million years ago, he had demonstrated a perfect blending of Seventh and Third Rays, crystallized ultimately through his mantra of Love God and Love One Another. Also in that bygone era of Lemuria, after the fall of a segment of mankind into the third dimension, Sananda had coordinated spiritually with the angelic and the devic-elemental forces for the eventual resurrection of the fallen race into fourth dimensional, light-body form. Those planetary evolutionary cycles have come full circle in these Latter Days prior to the Second Coming.*

During the half-hour meditation, I felt a connection with Rebekah of Venus. She had been assigned to work with me in a polarity balance with Conrad and Dr. Hannibal for hieronic energy transfers during the mission.
____________________

October 2, 2013. HIERARCHAL BOARD MEDITATION. Conrad, who monitors our headquarters for Dr. Hannibal, locked a hieronic beam onto my crown chakra and 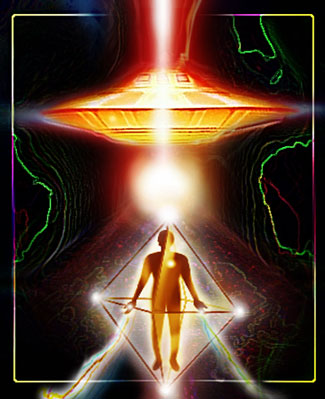 telepathically informed me that the knitting of interdimensional forces was complete. He then initiated a hieronic transfer of light. During the inflow I felt the presence of Rebekah of Venus, assisting my polarity balance. Jontel of Saturn, a fellow Motah contact who appears periodically, also touched base momentarily, letting me know he was working alongside Rebekah. Moreover, an image of an astral Indian chief, perhaps the same one who had appeared to me in meditation on September 25th, was clearly imprinted on my third-eye screen, thus signaling inner plane coordination with astral Indians.

Conrad relayed he was in alignment also with devic-elemental forces, including with Cheyenne as an animal representative. As previously revealed, Cheyenne is under the supervision of her astral dog trainer, Kaileah. On the seventh astral plane, they form a type of Astral K9 Unit to help protect our headquarters force field and to coordinate with etheric extraterrestrial teams for hieronic projections.

After about an hour, Conrad completed the hieronic transfer. My vibration then changed instantly as I became fully overshadowed by my Motah Self in order to solidify interplanetary functions for the Teton Mission. Imbued with my high Self vibration, I picked up akashic threads from eons ago, when solar system forces of the Saturnian Council (a segment of which is known as the Motah Council) coordinated interplanetarily and interdimensionally with Sananda’s spiritual headquarters at the Temple of Venus.* No additional information was revealed, but I consciously grounded these ancient connections into our I Am Nation headquarters.

* I have visited the Tetons twice in my lifetime, in 1987 and 1991, and have intuned directly with the spiritual vibrations of the ancient Temple of Venus. On August 25, 1991, while there with my family, I recorded the following light-body experience:

“We arrived in Grand Teton National Park last night. Going to bed in the lodge at Coulter Bay, my main thought was to link with Sananda’s vibration, established here in the Temple of Venus eons ago, and to amplify the code Love God, Love One Another. . . .

“Later that day, while standing at the Snake River Overlook, drinking in the grand vista of the Teton range before leaving the park to head into the Yellowstone, suddenly and unexpectedly my light body overshadowed me. I rose in consciousness and linked in my light body with a giant vortex of golden light pouring into the planet at that sacred site. The swirling, inverted cone of golden energy, anchored over the Cathedral Group of the three principal peaks, rose at least a couple of miles high. Evidently, this magnetic focal point of light had been established here by Sananda and his forces at the Temple of Venus ages ago.

“At one with this whirlpool of Christ energy, amplified now also through my own light body, I projected the code that radiates constantly from this pure center to all on Earth: Love God and Love One Another.”

October 4, 2013. Periodically during the day, starting early this morning, I felt heart-chakra stimulation from Conrad. Mainly from behind the scenes, he continued to ground through me his hieronic transfers. Though I received no specifics, I felt solidly linked with the work Robert and MariLyn were accomplishing on the Teton Mission. Meanwhile, I remained focused on my busy work schedule, preparing two transcripts to broadcast on our I Am Network of Light.

October 8, 2013. Last night the hieronic energy transfer from Conrad was so powerful that I couldn’t get to sleep for over two hours, and then I had disturbed sleep after that (see the following correlating dream). Also, during the energy inflow, I picked up on negative resistance coming from the lower astral planes, needling thoughts attempting to press in on my consciousness. At one point, echoing Jesus’ command, I boomed out, “Get thee behind me, Satan!” Later in the day I read Robert’s blog post, describing how he had been working to transmute the Luciferian forces with love.* He even ended his blog with the same command from Jesus.

* Luciferian forces: angelic forces who aided Lucifer, former archangel at head of the Third Ray, in creating human form for man on Earth in the third dimension. After involvement in the fall of man, Lucifer was replaced by Chamuel. Note that Lucifer is not the mythical Satan. See Mark-Age text Angels and Man.

October 8, 2013. DREAM. While I was walking with Cheyenne on patrol around the perimeter of our property (the boundary was a creek), Cheyenne spotted an unfamiliar 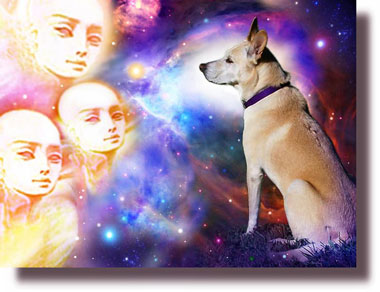 dog, plus some people, on the othe
r side of the creek. Ever the protective one, she went tearing off toward the border zone, barking at them, effectively reasserting her territory. The dog and the people weren’t necessarily threatening to cross the creek onto our property, but Cheyenne was making sure they didn’t attempt to do so. I scrambled after Cheyenne, checked out the situation, and retrieved her. We continued our rounds.

A female person also was walking with us. She was off to the side, just out of my visual field. Although I never got a clear look at her, I did speak with her. When I awoke, I immediately figured the woman had to be Kaileah, Cheyenne’s trainer. The Astral K9 Unit was on patrol at I Am Nation headquarters, and I had joined them!

October 9, 2013. HIERARCHAL BOARD MEDITATION. Rebekah of Venus materialized at my left side. In my clairvoyant vision I could see her clearly, though she was partially transparent. She was dressed in a two-tone space uniform of soft white and bluish gray. Her dark, straight, shoulder-length hair was smartly coiffed with bangs in the front. Her dark eyes and gentle smile radiated motherly affection. “I am here to help you 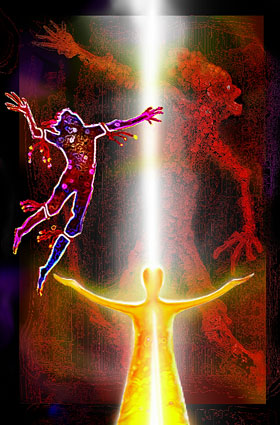 integrate the energy transfer,” she said telepathically. With an electromagnetic beam clamped onto my crown chakra, the hieronic projection began, coordinated by the Conrad space team for Dr. Hannibal.

On the higher planes, hundreds of astral Indians streamed into I Am Nation headquarters in order to participate in the interdimensional projection. They came from across the United States and beyond, but particularly from the ancient energy fields of the Earth (New York) and Sun (Florida) Temples and from the western regions within the influence of the Temple of Venus (Tetons of Wyoming). They joined in an intertribal powwow to anchor the energy transfer into our Tennessee headquarters, thence to be radiated to all the light workers. The gathering also signified a blending of the individualized spiritual vortices of the three ancient temples of light. Undoubtedly the entire planetary energy grid — comprising all thirteen temples (for the sun and the twelve planets of our solar system)  — was involved in the hieronic transfer.

Rebekah also brought in Cheyenne and her astral trainer, Kaileah. The Venusian “mother” positioned Cheyenne directly in my heart chakra, as Sananda and St. Germain had done on August 14th, shortly after Cheyenne’s transition. Her astral dog form stood right through my force field; at one with my love center, she would hold the energy transfer on behalf of the animal kingdom, in coordination with devic-elemental forces. At the same time, Kaileah stood quietly at my right side.

Moreover, the spiritually intimate three-way communion uplifted me considerably. The vibrations of the three female spirits — etheric Venusian, Earth astral, and astral dog — provided for me a uniquely blended feminine polarity balance that enabled me to assimilate and to project the hieronic energy in a very smooth and balanced manner, with no stress on my nervous system. About an hour after the contact started, the projection ceased, the spirits vanished, and I came out of meditation.