January 6, 2013. DREAM. Under the guidance of unseen instructors, I retested, recalibrated and double-checked the vast array of antennas of a radio telecommunications network. The integrated system contained numerous interconnected antennas and substations, and spread for miles in all directions to the 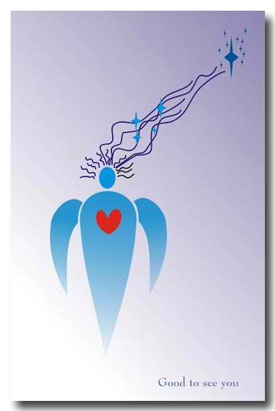 Interpretation: I awoke from this dream in the wee hours before leaving before dawn on my long drive back to Tennessee, after a weeklong New Year’s visit with family in Texas. The dream is clearly symbolic of getting reconnected in consciousness with the inner plane hierarchal communications network, in preparation for my reentry into the I Am Nation headquarters force field.

January 9, 2013. HIERARCHAL BOARD MEDITATION. When I was deep in meditation, St. Germain overshadowed me. Using my light body and physical vessel as a magnetic ground on the physical plane, he connected with the 144,000 elect and worked simultaneously with each individual to help him or her better assimilate the recent implantations of high-frequency transmutation that he has coordinated through his specialized Saturnian unit, Tristar Command.

The Master only gave me a hint of the behind-the-scenes task he was performing as Chohan of the Sixth Ray. It was enough for me to acknowledge his energy work, he relayed. For my conscious awareness provided him a necessary magnetic bond or clamp on the physical plane by which he could reach effectively into the incarnated force fields of the 144,000 on Earth, in order to foster balance and harmony. He showed me an image of a multistranded fiber-optic bundle that, from my stable base, splayed out in all directions, focusing light into each individual.

Receptive and obedient, I allowed St. Germain to use my force field as a physical grounding rod for his light-body projection.