September 12, 2012. HIERARCHAL BOARD MEDITATION. As soon as I entered meditation, I was shown a vision of a nutshell splitting into several pieces. It represented the crystallized thought forms of negativity and resistance being rent asunder. We had learned this morning that yesterday, on the eleventh anniversary of 9/11, Islamist terrorists had attacked our consulate in Benghazi, Libya, killing the U.S. ambassador and three other Americans. Also, radical demonstrators in Egypt, ostensibly angry over a YouTube film denigrating Islam and Mohammed, had stormed our embassy compound, had torn down the American flag, and had hoisted a radical Islamist flag. In neither case did troops of the host country protect the sovereign territory of the United States embassy, as is mandated by international law. 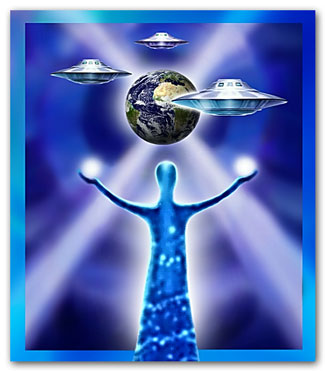 I had been experiencing hieronic contact since about mid-afternoon. In the meditation, still under the space beam, I was linked both with Dr. Hannibal in the West and with Summalt in the East, who is in orbit over Russia, working with Dr. Robert and MariLyn now in St. Petersburg. The linkup expanded to include: Sananda and his ship #10; Krator aboard Hannibal’s hieronic sister ship #1236; plus other elements of Summalt’s hieronic command stationed over the Middle East. In its radiating influence, the etheric hieronic network covered the entire planet: north, south, east and west.

As my light-body energy became synchronized with the etheric space team, Dr. Hannibal signaled his presence. Then, to my genuine surprise, Lord Maitreya overshadowed me. Over the decades, I’ve only had direct contact with him on a handful of occasions, though I’ve experienced his vibration numerous times in channeling sessions through Nada-Yolanda. For example, other than in a dream in 2007, my last contact with him was in a Hierarchal Board meditation in November 1993.

Lord Maitreya is co-titular head, with Lord Michael, of the Hierarchal Board, the governing body of our solar system. An ascended master of the Seventh Ray of Divine Love and Peace, he holds the office of Christ for our solar system and is the master teacher of Sananda. He is the embodiment of the Christ matrix: or mat-ray, the pattern for Christ expression of the sons of God.

Once Maitreya had embedded himself fully in my auric field, he proceeded to implant on Earth the first step of the Christ matrix: peace. In concert with the etheric space team, he used as triangulated anchoring points not only my physically grounded force field at I Am Nation headquarters, but also that of Robert and MariLyn in St. Petersburg, plus the unified light bodies of all 144,000 elect who are working for planetary upliftment. Exercising his authority as Lord of this World of our solar system, Maitreya magnificently impressed his I Am presence through each and every soul on Earth.

Maitreya revealed that my vision of the splitting nutshell not only represented the thought forms of man of Earth, such as dramatically being played out now in 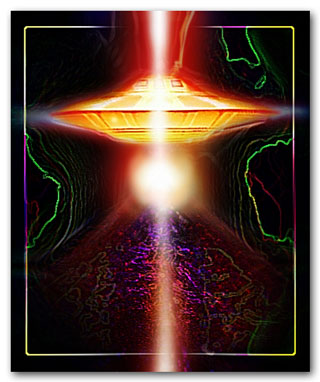 the Middle East, but also applied to the devic-elemental kingdoms. He warned that if mankind did not accept the implantation of peace on Earth, the necessary first step of the Christ matrix, then nature itself would react and would force the decrystallization of error. Figuratively, and in some respects even literally, the planet would be torn asunder. In these Latter Days, the karmic books of Earth shall be balanced, one way or the other.

As light workers, our divine responsibility is to heed the Hierarchy’s command for peace, to accept its implantation on Earth through all levels of our mind and body and soul, and to promote peace at all times in the activities of man and nature.

“The first shall be last; and the last, first.” Lord Maitreya kept impressing this statement on my mind during his hierarchal projection, which lasted fully an hour and a half. He explained that it was a code that contained multiple layers of meanings.

For instance, as recorded in Matthew 19:30, Jesus made this statement of divine principle. Applied metaphysically to one’s consciousness, it means that he who would place his mortal ego above the I Am or Christ Self would be the last to inherit the kingdom of God consciousness. Whereas he who would humble himself before the Lord — make himself not first, but last — sacrificing everything to serve the Christ equally within all mankind, would be exalted and placed first in line to receive the fruits of cosmic wisdom, peace, love and truth.

Maitreya, the Christ matrix for Sonship with God, demonstrates this ultimate humility of divine love sacrifice, in service to each and every son of God in our solar system. Because he has not a scintilla of selfishness or self-aggrandizement, indeed has placed his own ego last before the preeminent glory of Father-Mother God, he has been placed “first among men.” Because he sets the quintessential example of divine love, without fail, he has been assigned the premier position as co-titular head of the solar system government. We light workers must follow his example, at last, in order to anchor on Earth the first step of the Christ matrix: peace.

In his overshadowing, Maitreya necessarily incorporated himself through the I Am Nation triangulated team and all light workers who are focused on the Eastern European Mission, as well as through the Christ thought forms of all who are working to counteract the crises now unfolding in the Middle East. He exercised his implantation of peace for the whole planet.

Note: The following day, more anti-American protests broke out in Egypt, Yemen (where the U.S. embassy also was breached), and elsewhere in the Middle East. A massive “Million Man March” was called for Cairo on Friday. Amid the current unrest and destabilization, light workers must triple all efforts to implant on Earth the Christ matrix of peace, love, cooperation and coordination.

During my contact with Lord Maitreya, I recalled what he had channeled via Nada-Yolanda on July 21, 2004 (see Contacts from the Fourth Dimension):

“Many have been called; few have chosen, less than is needed and required for the survival of planet Earth and all life forms on it. You hereby are alerted to the emergency we have heralded and trumpeted for the wailing and gnashing of teeth. The faithful and devoted are carrying double the load for the triple time placements. Yet we ask you now to triple your loads and go to the full extent of your energies for the remaining time allotted each one’s incarnation allowances. . . . Time has run out. We are in the thick of the last great battle in the War of Armageddon.”

Postscript: In light of the violence that has erupted in the Mideast, my dream of September 9th, below, takes on more significance.

September 9, 2012. DREAM. Members of my household informed me that an evil, bloodthirsty maniac was loose in the house, intent on killing everyone. Immediately, fearlessly, I began to search for him in order to confront him and eliminate him.

Interpretation: Awakening, I knew this symbolism represented the thought forms of resistance, including from the lower astral planes, that Robert and MariLyn would encounter in Russia. They arrived in St. Petersburg today. We must confront negativity, resistance and evil with proactive First Ray action, wielding the sword of truth to eliminate error and to reestablish the Christ matrix of peace, love, cooperation and coordination. So be it.

One thought on “Maitreya Implants Peace”