SANANDA: Sananda, commander in chief of all Earth operations for the Second Coming program, overriding and directing combined hieronic command of Hannibal–Summalt, on manifest simultaneous relay to my triangulated team and to all light workers who have 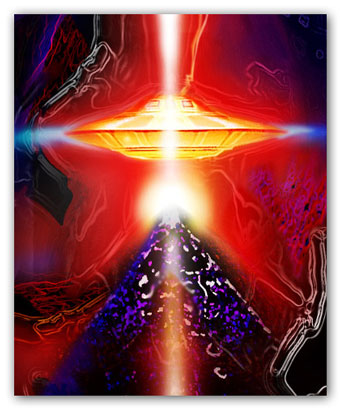 placed themselves willingly in the hierarchal crosshairs to receive my amplified projectiles of light and love in action.

Beware of increased resistance that seeks to undermine and to disrupt the focused intent of our interdimensional mission to plant on Earth my hallowed four-step Christ matrix of peace, love, cooperation and coordination. Nothing shall deter my firm commitment, and our joint participation, to secure this higher staging area for our onward push in the Battle of Armageddon.

Make no mistake: though negative forces, astral and physical, may rage against the battle lines we have drawn at this hour to strike with truth into the heart and soul of Earthkind, the light shall and must prevail. For it has been decreed since the beginning of man’s fall into third dimensional matter that the fourth dimensional frequencies of Christ-light expression will once again be successfully instituted in full measure on planet Earth, my holy abode which I hold through Seventh Ray responsibility unto all within this solar system.

To my wayfarers now installed in the power center of the Russian homeland, Moscow: cloak yourselves in the peaceful sphere of my protection, at one with your I Am Selves. [1] Be stalwart yet unassuming; open at all times to Spirit, yet guarding also against the negative pinpricks of lower thought forms, as you travel incognito.

For as I demonstrated as Jesus of Nazareth when confronted by those who would stone me and throw me into the depths, yea, I passed among them unharmed, undeterred, as if disappearing from within their midst upon frequencies of light invisible to their warring eyes and spirits. [2] I and my forces of 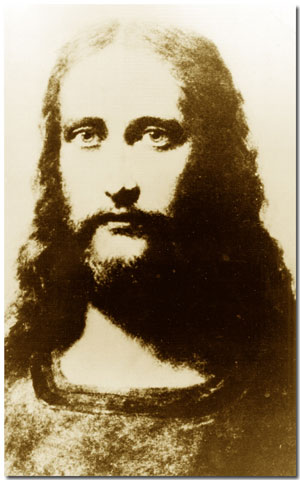 light are with you, helping you in this same regard. Therefore be vigilant; yet have no fear, for I Am with you always, in all ways deemed essential for the work ahead.

We have seen fit to pin you auspiciously to this location in order to break the deadlock of mortal man’s encrusted resistance to the Christ matrix. For this center represents a linchpin by which we can begin to dismantle other key elements on this European continent, both on physical and astral planes, that in turn will tumble or topple negative crystallizations of thought and action that have embedded themselves within the auric environment of Earth, certainly for decades and centuries, but truly for eons of time.

Truly, that is why I signal you myself, through the interlocked hieronic network of Hannibal–Summalt; for what begins here, what is dismantled here, cascades throughout planet Earth in days ahead.

Already you see evidence of this hierarchal action having its decided effect, as manifest in the uproar of tumultuous reactions throughout the Eastern Hemisphere at this very hour. [3] All things are connected and interspersed in the proverbial temple that mortal man has erected to honor not God the Almighty, but his own selfish, self-aggrandizing interests. As Samson of old demonstrated, remove the key pillar of the structure, and the entire temple will fall down. [4]

Such is the way we are dismantling and decrystallizing the cemented thought forms of third dimensional man that seem not to budge, but will crack and will shatter and will be laid to rest in the dust of the Earth once and for all. So I decree it, speaking in my command role as Sananda for the recrystallization, the rebuilding of the temple of Son-of-God consciousness on Earth. It shall be done, and you are seeing the drama of this parable play out on the world stage even now. My brothers and sisters of Earth, have you not eyes to see the coming of the Lord?

Let my command set the stage for hierarchal actions and truth-telling now to unfold.  I have released new orders through the combined hieronic interlock of Hannibal and Summalt, who with great effect through the light workers of Earth shall begin to bore through the confusion of man’s resistance and shall shatter the rusted vault that no longer can contain the truth that lies within: the I Am presence within each and every soul on Earth, now set free to begin building the new temple of God, the new heaven on the new Earth, over which I henceforth stake claim to establish in my realm the Christ matrix of peace, love, cooperation and coordination.

Sananda, speaking truth to my wards on planet Earth, on hieronic relay through Hannibal–Summalt and our obedient compatriot of Motah Command, incarnated physically for this willing service to my Second Coming and all that that entails for the evolution of our solar system past the travails of the Latter Days and into the glorious peace of Golden Era consciousness. So be it in truth. My peace I leave with you now, each one. Over and out.

Note: Increasingly in the afternoon, I felt the effects of a space beam on my crown chakra. By three o’clock the energy became so pronounced that I stopped work and entered meditation. Immediately the combined forces of Hannibal and Summalt locked 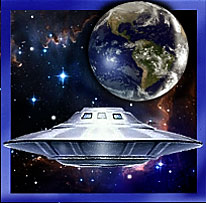 onto me with hieronics. In my inner vision I was shown the image of a cylindrical bar magnet. Hannibal represented one polarity at one end of the magnet; Summalt, the other polarity at the other end. Back and forth, there was a free flow of electromagnetic energy.

Symbolically, if not literally, a “dimensional portal” opened up between Hannibal in the West, working through my grounded focus at I Am Nation headquarters, and Summalt in the East, working through Robert and MariLyn, who today traveled to Moscow, Russia.

Jointly, Hannibal–Summalt focused their hieronic projections for a massive thrust of light into the auric thought atmosphere of Moscow. Under the combined polarities of the two space commanders, I experienced a steady acceleration of power. I thought they might channel as a team, but no communication signal was forthcoming.

Suddenly, around four o’clock, an hour into the hieronic projection, Conrad signaled me through my heart chakra, apparently alerting me to a potential frequency change. Within a couple of minutes, Sananda himself overshadowed me. Once his contact fully jelled in my auric field, he relayed an electromagnetic pulse through my crown chakra and down into both hands. The distinct activation was my cue that he was ready to channel. I sat at the computer at 4:20 p.m. to take the Master’s dictation.

[1] Journeying on the Eastern European Mission, Dr. Robert and MariLyn arrived in Moscow on this date.

[3] Sananda refers to the violent anti-American demonstrations throughout Africa, the Middle East, South Asia, and elsewhere, sparked in recent days.