September 19, 2012. HIERARCHAL BOARD MEDITATION. In my hour-long meditation, I was linked again with Hannibal–Summalt for a hieronic projection of light. In my expansive light body, I was connected with Robert and MariLyn in Russia, as well as with other light workers who are working with the Hierarchy. Powerful energy streamed through me and into the auric atmosphere of Moscow to decrystallize entrenched conditions, as described by Sananda in his communication of September 18th, Battle Lines Are Drawn. I had no additional flow of thought. As a wholly receptive vessel, I simply grounded and projected the energy.

That night, following this hieronic projection, I had the following two dreams, astral attacks in reaction to the light.

September 20, 2012. DREAMS. In the first dream, I was with my traveling companions in a hotel room in South Florida. Several shifty characters, obviously gang members who were up to no good, gathered outside 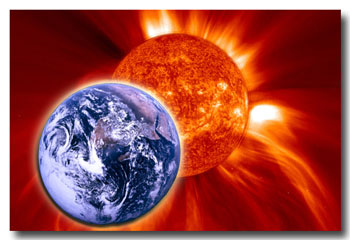 on the sidewalk. They peered through our window, casing the room. I quickly went over and drew the double curtains shut. But we had been spotted. The thugs then tried to force their way through the door. I sprang into action, bolted the lock, and braced my back against the door as they tried repeatedly to break it down. During these harrowing moments, I grabbed my cell phone, dialed 911, and reported to the police the break-in in progress.

Within minutes, a large police force arrived. By that time, many other malevolent gang members had congregated. Shots rang out, and a vicious firefight ensued. Though we were trapped in our hotel room, we were safe from the bullets whizzing back and forth. The police finally overcame the thugs.

In the second dream, I was alone in Paris, France. Gangsters suddenly drove up in the middle of a crowded street and began an all-out war, attempting to kill not only innocent bystanders but also other rival gang members. The police arrived on the scene almost immediately and engaged the gunfight. Bullets were flying everywhere, but in the nick of time I managed to duck into a small cafe or bar. Other patrons and I hit the deck, protecting ourselves behind tables and chairs until the battle subsided.

Interpretation: Both dreams symbolize the obvious negative reactions to the hierarchal implantation of light now engaged in the Battle of Armageddon. They are clear warnings that negative forces in the lower astral planes and elements of man’s mass-subconscious thought patterns are at war with the light (police). As Sananda proclaimed in his message of September 18th, though the war rages, “the light shall and must prevail.” So be it.

South Florida and Paris, both of which are locations of my past, signal the tie-in with the subconscious-astral realms. Also, anytime a dream warning is given twice in a row, I consider myself doubly alerted. Forewarned is forearmed with Christ light.

Photo: Collage of Earth and Sun by author; images courtesy of NASA Archives.