April 23, 2020. DREAM. While I was riding on a specially chartered train with El Morya/Mark and dozens of his staff, he announced that he and Jonathan (our third Mark-Age director) were going to undertake a secret intelligence mission. But before they were scheduled to disembark at a prearranged stop, he asked me to go get the digital camera and take a photograph of the two of them together. I walked to the front of the train, past all the staff areas, to retrieve the camera.

When I returned to the rear of the train, Mark and Jonathan, who were now dressed in dark-colored covert-operations uniforms, were ready and waiting. I took several photos of them, but awoke before the train stopped so they could depart on their mission.

Interpretation: My brother Jonathan and I both became active in Mark-Age in Texas in the early 1970s. While I joined the full-time staff in 1974, Jonathan remained in Texas and became one of our official group representatives. For decades, he helped coordinate many Mark-Age 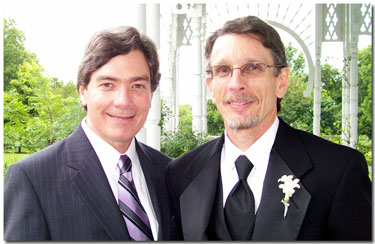 gatherings and retreats. Also, he knew Mark personally and conferred with him on organizational activities. Thus, he has long enjoyed a strong rapport with El Morya. For many years, since Nada-Yolanda‘s passing in 2005, Jonathan also has served Mark-Age as a corporate officer and/or director. He plays a pivotal role in the Second Coming program.

The key to the dream is the “secret intelligence mission.” On the inner planes, Jonathan has been singled out, as a willing instrument on the physical plane, to participate with El Morya in gathering intelligence on the thought temperature of segments of mass consciousness. The Hierarchy often works through light workers in this manner, in order better to read and assess the thought patterns in selected areas, or of specific groups and individuals. From their assessments they are able to hone their spiritual plans for planetary evolution.

El Morya requests that I photograph the two of them before they depart. By way of this dream symbolism, through my subconscious as a record keeper, the hierarchal assignment is officially recorded on the conscious plane. The symbolism resonates with my dream of April 15th, where I am signing an official document in El Morya’s trinity of names.

Perhaps the train, as a means of transport (troop train), symbolizes a “train of thought” or a series of actions that will lead to a desired destination or goal (the purpose of the secret intelligence mission). The front of the train, where the camera is located, could indicate the driving engine or force where the Hierarchy’s plans are conceived and coordinated, in the etheric realms. The rear of the train, from where El Morya and Jonathan would depart on the mission, represents the trailing edge of this action. That is, the plans are carried out from the etheric into the higher astral, and thus eventually onto the physical plane.

Jonathan and I both represent the many light workers on Earth who are coordinating with El Morya and his forces in the higher planes. We work cooperatively as a united, interdimensional team.