April 15, 2020. DREAM. Upstairs in Trinity House at I Am Nation headquarters, El Morya/Mark and I were conducting corporate business. Dr. Robert and Jonathan, the other two directors, also were present. I had prepared an official document for Mark, relating to I Am 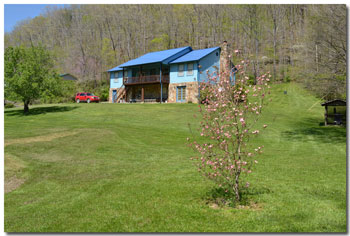 Nation News, that I already had signed as the agent or representative of that division. (The five divisions for the externalization of the I Am Nation through Mark-Age, Inc., are: I Am Nation News, I Am Network of Light, University of Life, Healing Haven, and Centers of Light.)

With Mark’s approval, it was my personal responsibility also to sign the document for him on three separate lines, using his three names: El Morya, Mark Age, and Charles Boyd Gentzel. While Mark observed, I took a long-stemmed calligraphic pen, such as would have been used in olden days for signing official documents or parchments, and I signed “El Morya” on the first line, then signed “Mark Age” on the second line. As I was about to sign “Charles Boyd Gentzel” on the third line, I awoke.

Interpretation: The upstairs of Trinity House symbolizes the connecting link between the upper astral and the etheric planes of consciousness. The venue is used often in my dreams as a readily understood symbol.

I Am Nation News, one of our five divisions, is the media outlet for publishing news, information, education and guidelines for the Second Coming program. It was originally named Mark-Age Inform-Nations (MAIN), as the means by which Mark-Age would “inform the nations” of Earth about the hierarchal plan. Its primary vehicle is our bimonthly newsletter, I Am Nation News.

In the dream, the “official document” thus relates to our spiritual-educational function to proclaim the Second Coming. As managing editor of our periodical or newsletter for decades, I may be considered the primary agent or representative of this division. Disseminating spiritual information and education also relates to my soul mission as a channel and teacher for the Motah Council of the Federation of Planets. In my high Self functions, I am known by the group code name Motah. (Others of the Council also use this code.) 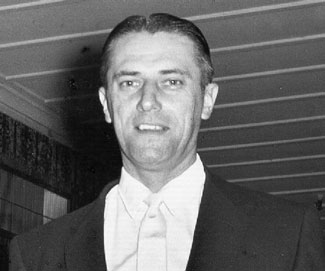 El Morya/Mark is the Chohan of the First Ray of Will and Power. As the cofounder of Mark-Age, from the higher planes he remains the director of our organization and continually guides us in our mission. He also is the leader of the light workers on the higher astral planes for Sananda’s Second Coming program. His three names represent superconscious (El Morya, the designation for his I Am Self), subconscious (Mark Age, his soul mission to found and to direct Mark-Age in the Latter Days), and conscious (Charles Boyd Gentzel, his given name and personality in his recent incarnation, 1922–1981).

My signing of the document as a proxy for El Morya, using his trinity of names, represents his sanctioned use of my vehicle (my own triune consciousness) as an instrument to transfer his power and authority onto the physical plane (to speak or to write the word of truth) via our I Am Nation News division. Indeed, in our newsletter and on my Motah Chronicles blog, I often present his past articles or interdimensional channelings (through Nada-Yolanda and myself) as timely education for our membership. Thus his spiritual teachings remain a major thrust of our publishing focus — a guiding light for light workers everywhere.

When I shared this dream with a dear friend and confidante, she commented: “El Morya is passing over the baton [pen] on a new level. You will be moving into an expanded version of your role and mission.”

Perhaps the dream also echoes Christ Jesus’ command to his disciples: “Speak in my name.”* Signing the document, committing pen to paper in El Morya’s name, carries the same weight. That is, whenever directed to do so, I shall decree a thing in El Morya’s name, with his spiritual authority for the highest good of the program and the organization, and it shall be done according to God’s will and power. All light workers may apply the same cosmic principle: speak, or sign, in the name of the I Am Self. So be it.

Supplementary Reading: Speak in My Name