DR. HANNIBAL/ST. GERMAIN: Dr. Hannibal/St. Germain. Our ships are in position in this preparatory period prior to the Mission to Mexico. There is much disarray in the mass thought patterns of the collective consciousness of Earth. We are a steadying influence through this I Am Nation son/sun unit.* 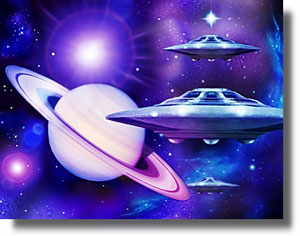 I have called in the special forces of Shantar of Saturn, under Tristar Command, in order to reinforce this focus. While I shall pace the traveling team of Soliel [Robert] and Shoshana [MariLyn] into the Mexican orbit, Shantar and his Saturnian forces under Sixth Ray influence shall remain in position here over this headquarters focus in Tennessee, in order to insure that all exchanges of energy uploads and downloads remain in a purified state for optimum influence throughout planet Earth.

And thus you have been signaled on this occasion, as we also officially inaugurate the Easter cycle on this Ash Wednesday. Through the ashes of this civilization shall arise the phoenix of your Son, I Am consciousness. We thus mark your foreheads with this sign, that your third eye may be emblazoned with light, with clarity, with laserlike focus for the mission ahead.**

Hierarchal Board forces under Sananda, we remain with you as one, and lift you into our arms as we enfold you in this brotherhood and sisterhood. So be it in truth. Dr. Hannibal/St. Germain, speaking on behalf of the Saturnian Council. Let there be light on Earth, paving the way for peace and love consciousness. Amen. Over and out.

SHANTAR OF SATURN: Greetings, brothers and sisters of Earth. I am Shantar of Saturn, crystallizing my connection with you through these sound waves, as we have now been assigned and are in position for immediate actions henceforth.

We come to you on waves of light, and we are one with you in the light. And thus we sweep clean all vibratory essence being channeled into and out from I Am Nation headquarters. Blessings to you, each one, and to all 144,000 elect who are now called to participate in these hierarchal procedures. We stand by, and we stand with you. Shantar, vice admiral, Tristar Command, over and out.

Note: In our Hierarchal Board meditation, we focused on our spiritual preparations for the Mission to Mexico. Dr. Robert and MariLyn will depart for Veracruz on March 10th. Xentopé/Larry, a fellow Sixth Ray worker, and I will hold down the fort here, anchoring hieronic projections.

In the beginning, suffused with the violet flame, I projected a gentle transmutation of all vibrational frequencies, that the planet and all life forms on it may be raised into higher consciousness; a release of the old in order to resurrect the new. Eventually, the energy shifted into a resplendent radiation of love and peace, the Seventh Ray attribute. I stayed with that vibration for some time. 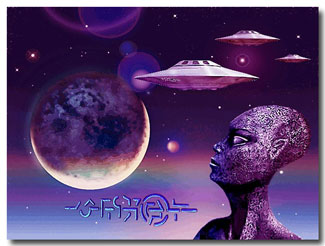 Then Shantar of Saturn contacted me with hieronics. The so-called vice admiral of Tristar Command had announced on January 28th that he and his team of transmutation specialists would assist our preparations for the upcoming mission.

As his transfiguration jelled, Shantar informed me that Dr. Hannibal had assigned his Tristar team to reinforce I Am Nation headquarters directly during the mission. His etheric spaceships were now in orbit over our area, in coordination with Conrad.

Manipulating the hieronics, Shantar revved up my chakra centers. Once I adjusted vibrationally, he employed universal sign language, levitating my left hand to form his signature. He projected a concentrated beam of Sixth Ray energy, thereby implanting his presence firmly in our group force field.

After Shantar finished signing, Dr. Hannibal appeared and infused me hieronically. He, too, made his characteristic signature. After a brief projection, he signaled telepathically that he would channel.

When my master teacher signed off, Shantar came back online to channel. Through the sound waves, as he put it, he crystallized his connection with us. The two hieronic communications expanded my aura and raised my vibration considerably. At the end, clairvoyantly I saw a flurry of activity aboard one of the spacecraft. When the hieronic beam was disengaged, my physical body jerked involuntarily.

* son/sun: code for Son-of-God or Christ consciousness within our solar system, and our unit’s inherent focus for I Am energies to be broadcast into planet Earth from the solar logos (sun). For further inspiration, see Chapter 26, “Return to Sonship with God,” in our text Life in Our Solar System.

** Ash Wednesday, the beginning of Lent, officially marks the start of the higher energy influx of the Easter cycle. Traditionally, Christians mark the occasion by smudging a cross of ashes on their foreheads, to symbolize a devotional sacrifice (a crossing-out) of the mortal self to the immortal Christ Self. Hannibal extends the metaphor.

One thought on “Tristar Ships in Position”