March 21, 2012. HIERARCHAL BOARD MEDITATION. The vibrational force field of my Motah light body, appearing as a golden space suit, was fitted snugly to me. I felt like an astronaut preparing for space travel. Indeed, I shall travel to Texas next week.

After I was fully ensconced in my etheric vibration, Jontel of Motah appeared. The Saturnian melded his energy field with mine. Mentally, St. Germain relayed: “I am sending Jontel with you to Texas as a guardian and a liaison. He will report back to me personally anything and everything I need to know.”

This function hearkens back to Jontel’s communication of February 29th, wherein he stated: “Dr. Hannibal/St.Germain has sent me into this force field as special guardian on the Sixth Ray of this channel of light, for I 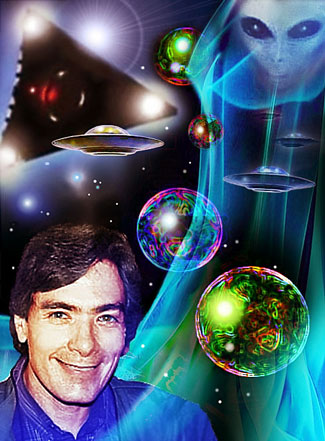 have been assigned as his liaison officer for the Saturnian Council during these light-body anchoring sessions for the Easter cycle of transmutation and resurrection.”

I began to experience accelerated sensations especially in my crown and throat chakras, as I do in an energy buildup to a channeling. I queried Jontel whether he or another would communicate this evening. “Two weeks,” he replied. He did not elaborate. I will have returned to headquarters by then, I thought.

As the energy surges continued, my head raised back and my mouth opened. The space masters inserted a large, scintillating sphere of white light into my mouth and throat. I received a vibrational jolt. Then St. Germain entered. Standing in front of me in a priestly role, he “gave me communion”: he inserted a wafer-sized etheric computer chip into my mouth. Willingly I ingested it, as if receiving a sacred initiation. The energy chip was symbolic of the specially programed hieronic template that St. Germain was securing in my brain and force field prior to my travels.

In response, my radiant aura assumed the form of a Star of David, the symbol of the Sixth Ray of Transmutation. I have experienced this unique transmogrification many times over the years. Each time, it expresses the quintessence of my being, created from out of the Elohim of the Sixth Ray.

St. Germain then tested out the hieronic lines of force. I experienced another revving up of vibrations in my chakras. But there would be no channeling this evening. Everything was a preparation for my trip. Transformed, I came out of meditation. For a while I felt out of sync with the third dimension.

April 2, 2012. For a week I have been home in Texas. Every day, from morning till night, I have been assisting my elderly parents. It has been a rewarding visit and much has been accomplished. But I have not had any spiritual contacts at all. This evening, as I lay in bed to gather my energy for tomorrow’s long drive home to Tennessee, suddenly Jontel appeared in my force field. “See, I told you I’d be with you,” he assured me. His contact was comforting. My spiritual guides were looking out for me, whether I was consciously aware of them or not.

« Make All Things New
A Tale of Easter Resurrection »