SANANDA: Behold, I make all things new. [1] I am Sananda, your way shower, Prince of all light workers on Earth, come to show you the way for love and peace divine. I

incorporate with me through this focus of light hieronic impulses from ship #10, relayed through Conrad protective forces over this headquarters center. You are within the hermetically sealed dome that we have decreed for you. You will feel the effects of these electromagnetic pulses which I am injecting through the essence of my being as your master way shower.

To the channel [Phillel], whom I have on loan from St. Germain at this auspicious hour, I say to you: this is the new “organ” you now will play. [2] You have my blessing for this. For I oversee all things associated with the externalization of my I Am Nation on Earth, and nothing passes through this force field without my knowledge and approval, issued forth from this command headquarters through the couriers of your master teachers, my brethren of the Hierarchal Board.

To Xentopé, I breathe upon you a new impregnation of light, boosted through this hieronic command. [3] I have assigned a special team of extraterrestrial space beings to accompany you back to the Northwest. Conrad has helped to incorporate this into your force field during this meditation. He has bilocated in order to assist this impregnation within your auric field. For this team of hieronic forces has been assigned to you and Narathusa (your wife, Corinne) to amplify your center of light wherein I make all things new.

It is with my blessing also that you secure new quarters for this assignment. So, through your intunements you both are on the right track. As I have said, I make all 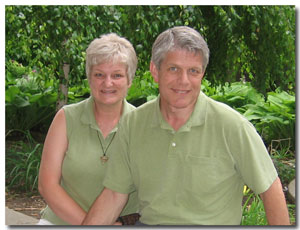 things new. You are needed for special work to anchor the light in that northwestern area of the continent for my purposes, which shall be revealed to you step-by-step as we coordinate these assignments in the ongoing externalization of my I Am Nation on Earth.

You have shown your dedication, and you have acted upon that dedication consistently. That is why I respond to you and to Narathusa personally, in honor of your service to my Second Coming. Hosanna! Praise be to God unto the highest.

We speak to individualized units, of course, as a sampling of all those within the 144,000 who are ready to lift themselves into this higher resurrected light for ongoing service during this Easter/spring cycle. Through these means, we often are able to operate with a special injection of light into an individual focus so that it may secure the grounding in representation for whole segments who shall respond in reverberation to these hieronic pulses issued from ship #10. So, as you can see, my decree goes throughout the planet. No one is exempted who lifts his countenance unto the Lord for succor.

I am pleased with the efforts that my I Am Nation Unit has endeavored to externalize in my name. There is much more work to do. So, keep vigilant. Keep your discernment and your wisdom uppermost, that you may be the purified example of love in action and therefore secure the clear pathway for humanity to follow. The pathway must be secured and made clear, for humanity is now at the crossroads. Therefore, cross over to me, and you shall have the way forward that you seek. 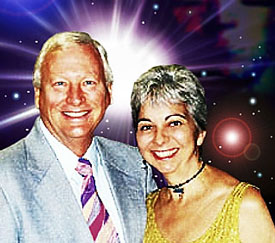 Zan-Land-A [Robert] and beloved MariLyn, you see now the healing team that you make; fully integrated as one, each serving as a necessary component in order to fulfill the hierarchal command to heal humanity. Be open, as you have been, to my guidance as I lead you, and all of you, into the land that has been promised for you.

Through this hieronic relay, we now have secured this force field to receive my new electromagnetic pulses from ship #10. All is adjusted. All is in sync. All is well. All has been coordinated from my central focus for your resurrections this spring. All of us together of the Hierarchal Board again repeat: keep your eyes focused on the resurrection while you and mass consciousness of humanity on Earth pass through the transmutation of crucifixion.

[Sung:] Shalom. Adonai. Shalom. Gloria. I Am Son of God, as are you who follow me.

Sananda, Christ Jesus, on hieronic relay through Conrad forces, from ship #10. Come unto me. So be it.

NADA: This is Nada. To Larry and Corinne, I only add this: ditto. For who can add words unto what the Master already has spoken? And thus I am brief. Nada, over and out.

Note: Early in our group meditation, Conrad contacted me with a hieronic beam. From his etheric scout craft he sealed the dome of light over our headquarters, increasing our spiritual protection against any lesser energy infiltration. (MariLyn and I both had had disturbing dreams of lower astrals the night before.)

The space commander told me he had with him a hieronic team of extraterrestrials (he did not specify their planet) who had been assigned to Larry Peterson, a Mark-Age member who was visiting us from Canada. They would accompany Larry back to Vancouver, British Columbia,

and would work with him and his wife, Corinne. The etheric space team would conduct surveillance operations and would coordinate hieronic projections for their center of light, in much the same way that Conrad’s team does for our headquarters in Tennessee.

In his light body, Conrad bilocated into the center of our meditation circle. (He was “bilocated,” for an equal part of his awareness remained at the hieronic controls aboard his craft.) For several minutes, he personally adjusted and integrated the hieronic lines of force in Larry’s auric field. Through his bilocation, Conrad made a direct, in-person connection between Larry and the newly assigned space team. Using me as a grounding rod, he also performed universal sign language to augment the energy relay. Robert and MariLyn helped anchor these energies.

When Conrad finished, he returned to his ship and then patched through hieronic connections with ship #10. Once the vibration was synchronized, a smooth flow of energy instantly coursed through me and out my hands. Within several minutes, Sananda overshadowed me, augmented by the hieronic-beam relay. He, too, performed universal sign language. At one point, he formed a configuration with my hands that signified the link-in with Xentopé (Larry’s high Self name), and through that symbolic signal also projected energy into mass consciousness. Even during the channeling, he predominantly employed his J sign (for Jesus) to reinforce the hieronic pulses of light.

The sheer power of the Master’s light-body presence, amplified by hieronics, was challenging for me to hold. The electromagnetic effect clearly can be heard in the vocal transmission. At the end, Sananda’s singing further anchored the energy transfer. This was yet another instance of the Hierarchy using sound through my vocal cords — speaking and singing — to “play the new organ” for higher light-body manifestation.

In her brief addendum, Nada insisted on using the word ditto. When I hesitated and questioned her on a mental double-track, she said wryly, “Larry will understand.” Nada-Yolanda, amiably talkative in her recent incarnation, was not prone to brevity!

Afterward, Robert shared excellent confirmation. Sananda had contacted him prior to my overt energy buildup and had informed him that he, Sananda, would channel a message through me. “Now assist your brother,” Sananda said.

For his part, Larry shared he had been encased in an unusually strong electromagnetic cylinder of light, which seemed physically to clamp him to his chair. That confirmed for me that he had been sensitive to Conrad’s hieronic work to tie in the extraterrestrial team.

[1] Revelation 21:5 — “And he that sat upon the throne said, Behold, I make all things new. And he said unto me, Write: for these words are true and faithful.”

[3] Meditating with us was longtime Mark-Age member Xentopé/Larry Peterson. He and his wife, Narathusa/Corinne, both former staff members, reside in Vancouver, British Columbia, Canada. Xentopé (pronounced “Zen-toe-pay”) and Narathusa are their high Self names, as revealed in channelings through Nada-Yolanda.

LISTEN TO PODCAST: Click on the “Play” button below to listen to the above communication, as recorded live on 3/17/12. This recording was released on I Am Network of Light tape #1048A, for the week of 7/15/12.

One thought on “Make All Things New”