KRATOR OF MARS: Krator of planet Mars greets you. From aboard etheric scout craft above your I Am Nation headquarters location, I have been sent on a reconnaissance mission from command module #1235, Dr. Hannibal’s mother ship nexus. From discussions with Dr. Hannibal, I come on referral also of Serapis Bey, under grand design of Archangel Gabriel and Fourth Ray forces.*

At this end stage of the South America Mission, our designs are to introduce a laserlike hieronic treatment that will focus your energy concentrations to meet the requirements of our desired implantations of light and love force over the next several days. Attend yourselves, therefore, to our focalizations on your behalf and for the benefit of all within this Western Hemisphere for completion of this endeavor. Our programmings are designed also for dissemination in the East, using acceptable wavelengths that best may serve Summalt’s command prerogatives in that sphere of the globe.

From our etheric perspective, given the limited time that we have had to introduce multiple impactions of higher plane energies into your third dimensional environment during the course of this mission, we have had to proceed with full force, knowing that your psychic, mental, emotional and physical apparatus would be pushed to the limit to incorporate the systematic infusion of our energy projectiles. You of Earth have a quaint expression, “Let the tail go with the hide.” That may help explain the whirlwind of activity to which you have been subjected, and to which you have willingly subjected yourselves in your selfless service to this burgeoning phase of the Second Coming program.

Our hieronic, etheric and celestial projections have been fully focused, without distortion or discoloration in any way whatsoever. But when they become injected with forceful impact upon your auric fields and physical bodies, they have bored right through layer upon layer of accumulated thought substance that is naturally inherent to your predicament as spiritual beings encumbered to various degrees with third dimensional matter of physical incarnation.

The result has been an inevitable stirring up or decrystallization of these accumulated thought fields in order to recrystallize our higher intentions of Christ light and love. We are securing a foundation of divine government first within yourselves, your own consciousnesses, in order to establish a greater purity upon a level playing field for collective, planetary actions to follow. This statement clues you in, as well, to previously grounded projections from Katoomi/Lord Michael, co-titular head of this solar system government.**

With these reconnaissance actions now engaged, we are thereby establishing a new clarity to your conscious endeavors to embed within the collective consciousness of Earthman this high and pure purpose now proposed for immediate action from hierarchal councils.

Because I am familiar with this contact station [Phillel], and furthermore carry with me certain credentials of Fourth Ray crystallized certitude, I have been assigned by Serapis Bey and Dr. Hannibal/St. Germain to make this pronouncement and to carry out these

hieronic implantations over and through this focus for the next several days. Our timetable is not strictly assigned at this juncture, in one sense, for we will be gauging your reactions constantly for the projected success of this reconnaissance mission.

You may understand by my statements that each one within the light brigade who is consciously attuned to this hierarchal action for finalizing the South America Mission will be called upon to incorporate this higher focus of light crystallization for firm manifestation on the physical plane. We speak to those throughout both continental congregations of this Western sector, but also to those of the light brigade poised in the East for assimilation of these hieronic projections. Those who are so engaged, especially immediately within this Western Hemisphere, will be pulled into these actions by other hieronic craft so situated over their locales in order to enforce these rules of engagement.

The task before you can be made much more effective and streamlined if you steady your attunement to the highest emanations of your I Am Self, which in each case is intuned with us and for this specially assigned treatment of hieronic amplification. Keep track of your participation during our reconnaissance of the next time cycle. We will feed you what you can handle and what you need to know for your personal crystallization of these higher designs.

It has been my honor and privilege to join with the ascended ranks of Dr. Hannibal’s space team, with blessing also from Serapis Bey and Lord Gabriel, to help decrystallize residual matters under our review and to recrystallize within our focal points of light on Earth and astral planes those necessary thought constructions for immediate Christ implantation.

In this way, through our specialized hieronic amplification of light stimulation, we play an important role in the coming finalization of the South America Mission. We each do our part, as assigned ultimately under the divine government of Katoomi/Lord Michael and Lord Maitreya, as imparted throughout many realms and kingdoms of hierarchal structure for the advancement of our entire solar system into higher manifestations of light and love in action. Is it not thusly arranged for all sons of God throughout the myriad universes of Father-Mother God?

So, now we further pinpoint our endeavors unto the light brigade on Earth. All is well. All is proceeding according to divine plan, as initiated and decreed from Sananda’s central command, ship #10, in etheric planetary orbit.

For my part, I will remain stationed over this I Am Nation headquarters location for this reconnaissance cycle. Other teams have moved into position under similar orders. But all of us are networked multidimensionally with Dr. Hannibal’s mother ship, which in turn is in orbit at this moment above Amazon Rainforest coordinates for specialized work through the traveling team of Dr. Robert and MariLyn, our Healing Haven ambassadors for the implantation of Fifth Ray unity and integration within the heart, mind and soul of the South American continent.

Krator of the planet Mars salutes you, my solar system brothers and sisters of Earth, as we now engage the supremely focused crystallization of our hieronic projections. In this electromagnetic essence of creative manifestation, we are one. From my heart to yours, we are eternally bonded through love in action. So be it, now and for all time and space. Krator, over and out.

Note: While sitting in meditation, a hieronic space beam was clamped onto my crown chakra at 4:00 p.m. The beam resonated magnetically also into my solar plexus. Within a few minutes Krator of Mars overshadowed me. As his etheric energy form coalesced in my auric field, he relayed telepathically that he would channel. I sat at the computer at 4:15 p.m. to take his dictation. The channeling concluded at 5:17 p.m.

As Krator was signing off, I sensed a mental double-track of Martian outer space language, which of course I could not transcribe. But clairvoyantly, as through a sheer gauze of bright white light, I saw him salute the light workers, almost in a Roman fashion. With his right fist he lightly tapped his chest, then quickly extended his arm toward me, palm open and facing outward: “from my heart to yours.” The exchange of cosmic brotherhood was palpable.

Afterwards, my crown and solar plexus chakras remained accelerated into the evening, causing a subtle light-headedness as well as nausea.

* Serapis Bey and Lord Gabriel are, respectively, Chohan and Archangel of the Fourth Ray of Crystallization and Manifestation. The planet Mars radiates the Fourth Ray for our solar system.

November 19, 2011. DREAM. A female computer tech, obviously a knowledgeable professional, assisted Larry Peterson and me on separate matters with our laptops. She was slender, appeared to be thirtyish, had dark eyes, and wore her short, straight black hair in a pageboy style. I observed as she helped Larry first. Upon my turn, I intended to have her show me how to export and create a backup of my Windows Registry file.

Interpretation: I awoke before dawn with a headache, apparently a symptom resulting from Krator’s hieronic projections. The computer tech symbolism refers to support from the hieronic space team. The Windows Registry file is the basic configuration file to launch the operating system; 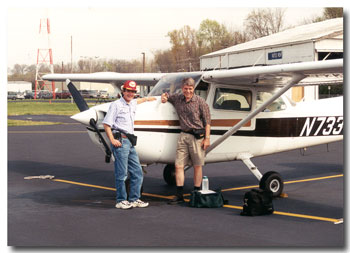 thus, it symbolizes my fundamental mind/body connections for operating on the physical plane. Also, the tech’s appearance was strikingly similar to the form Rebekah of Venus has manifested in two or three contacts.

Mark-Age member Larry Peterson, whose high Self name is Xentope, is a fellow Sixth Ray worker. Since he was my original flight instructor, in my dreams he typically represents my companions of the spiritual space program, fellow “pilots” of the Federation of Planets. As soon as he read Krator’s communication last night, he e-mailed me to confirm that he too had experienced hieronic beam contact.

« Secure Foundation of Divine Government
Mother Ship on the Move »