This concerns the nature of cycles and periods. Some examples of major cosmic cycles with which you may be familiar are such lengthy ones as the two-hundred-and-six-million-year cycle of evolution of man in this solar system, the twenty-six-million-year cycle since the final fall of man into the third dimension of this solar system, and the twenty-six-thousand-year cycle of the hierarchal program that ended around the year 2000. Cycle, in this connotation, means a lengthy period of time. 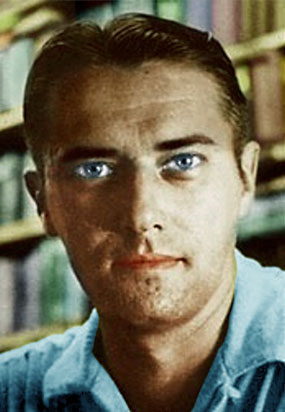 But a major cycle also means any cycle in which you begin something that will not manifest or will not be completed for a long time, such as even in the next lifetime or in several lifetimes hence. Knowing this to be true, and knowing we are eternal and therefore will be somewhere doing something in a succession of lifetimes, we must realize the present life expression or incarnation is not merely for living in the present but also is a preparation for future incarnations or expressions here on Earth and elsewhere. Therefore, it makes sense that we keep this continually in mind.

This means we should not allow ourselves to become so immersed or enmeshed in joys, pleasures, unhappinesses, victories, defeats, goals, lack of apparent progress — whatever it may be, positive and good or negative and bad — that we do not remember that the events of this lifetime are but a series of such in one lifetime. The extent to which they may influence future lifetimes or may be of no future consequence in our eternal living can be determined somewhat during this present lifetime. But they are not final events in an only lifetime; for we will have many more lifetimes, each with many new events and experiences.

If we are unhappy now, even in this entire lifetime, we must not allow it to prevent us from anticipating and preparing for the next lifetime; for it will be much better by way of advance preparation. Nor must we be so enthused with happy times and experiences in this lifetime that we neglect to prepare for future lifetimes.

This is important to mention in this discussion of cycles, for some of you are not having the happiest of lives now, or are not able to find others interested in this program or in any spiritual matter. Others of you may be riding on a high crest now, but are not prepared for possible times ahead when things may not be so happy for you, and you will need additional spiritual foundations for maintaining your peace and progress then.

So, please do concern yourselves with cycles that you can initiate now or already have initiated that may not come to fruition for years or lifetimes hence. Do not hesitate to embark upon long-range cycles that will mean faster and higher spiritual evolvement and responsibilities in future, even far-off, times.

For example, at Mark-Age we long have been aware that what we do now is in preparation for future hierarchal assignments, responsibilities, and associations with others. In September 1975, Sananda instructed Yolanda on a procedure of beginning to implement now that which she will want when she as Nada will be co-ruler of Earth two thousand years from now. Can you visualize planning that far ahead? What about the Hierarchy’s planning twenty-six thousand years ahead for this Second Coming program?

Now let us discuss some shorter range, but still considered to be major or cosmic, cycles of time. We have been instructed for many years at Mark-Age that we should learn to work within the two major cycles of action-positive and reaction- or rest-negative. This is the way our Christ Selves work in higher realms. Summer and winter seasons are the cycles of action, of putting things into motion, on the Earth plane. This means use of the positive principle of putting something into action.

Spring and fall seasons are cycles of rest from what we have put into motion, so it can come into fulfillment. They also are seasons wherein we can expect a reaction to the action we had put into motion 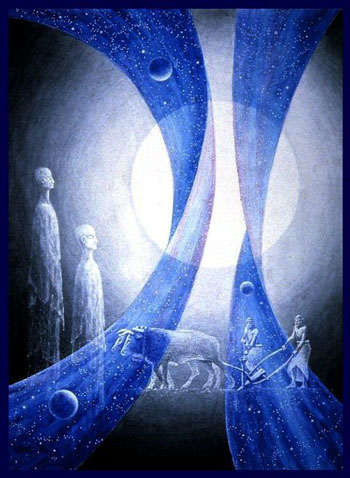 Therefore, in the spring and the fall seasons we would expect results from what we have put into motion in previous action cycles. Rather than putting a lot of new things into motion during these times, we should concentrate more on noting and utilizing that which is being brought forth for fulfillment or which is coming into fruition. In summer and winter cycles we should concentrate on initiating new actions and plans or implanting new ideas and images.

It is necessary to note here also that these are designated as major cycles, and that there also will be minor cycles of an opposite nature during the major cycles. In other words, there can and will be shorter periods of action during a reaction cycle, and vice versa. So, do not think each cycle has to feature, or requires, only the one aspect.

Also, keep in mind that the cycles are reversed in the etheric planes. Thus, while we on Earth are in a reaction cycle, those in the higher planes are in an action cycle. In the hierarchal program this means they are initiating new action or are picking up prior actions while we are reaping what has been begun in previous action cycles.

For us at Mark-Age, recent years have meant an increasing participation in both realms, the etheric and the physical. Thus we are working more and more in the same cycles as are those of the Hierarchal Board in the etheric planes, in receiving and planning to implement new actions. At the same time we are very much aware and active, in the reaction cycle, of previous implantings, especially as concerns working with not only you and other light workers but also the masses.

It is not necessary, for now anyway, that you be concerned with this dual functioning of your Mark-Age headquarters. But it is important to realize that we do keep you up-to-date as much as possible with the various projects and purposes given to us by the Hierarchy to work with in each of these cycles. For in all of these you are participating in one way or another, those of you who are coworkers in the Mark-Age Family.

By understanding the cosmic nature of the various cycles, as well as the specific plans and purposes of the Hierarchal Board for those cycles as they apply both to the program as a whole and to us personally, we can cooperate with them so as to be of greater service to the hierarchal plan and program.

Reprinted and revised from MAIN #34, “Reprogram Your Consciousness,” published by Mark-Age in September 1976.