The following diary entries are highlighted on the current I Am Network of Light tape #972A, for the week of 8/16/09. On the broadcast, I explore the Hierarchy’s guidance for us to be vigilant and protect our spiritual role to anchor the I Am Self on Earth; and I lead us in meditation to evaluate our mental, emotional, soul-astral, and physical balance.

Side B of the tape, “Christ Awakening of Masses,” for the week of 8/23/09, presents a channeling from Lord Michael via Nada-Yolanda on March 30, 1969, not in print for forty years. The theme is: instill superconscious guidance and vibratory rates into the race subconscious for mass conscious acceptance.

To subscribe to the I Am Network of Light, our weekly cassette meditation program, send for our free catalog. (See “Contact Us” on left sidebar.) C-30 tapes are mailed biweekly; two broadcasts per tape, for two weeks; price per tape: $7 USA, $9 foreign.

Join a worldwide, interdimensional network and tune in with the latest projections of light!

July 15, 2009. HIERARCHAL BOARD MEDITATION. Earlier in the week, Robert and I had a business and financial conference and tentatively had made several major decisions regarding our operational expenditures, in order to maintain a yearly balanced budget. Since we also had been seeking further input and/or correction from the Hierarchy on these decisions, in this evening’s meditation I posed the matter to El Morya, whom we still consider the executive director of Mark-Age.

Although I cannot claim to have had a personal overshadowing from El Morya in response, the word safeguard entered my mind, and stayed there for the entire meditation. As I ruminated on the usual meaning of safeguard — that is, as a verb, “to make safe; protect”; and, as a noun, “a precautionary 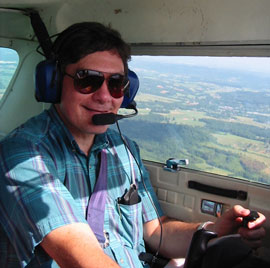 measure or device” — along came the strong impression that there was a military connotation to take into account. I was not aware of any such connotation, but wondered if the military angle was my signal that the impression indeed came from El Morya/Mark, who had been a master sergeant in the army during World War II.

Imagine my surprise when, after the meditation, I searched the Internet and found the following military definition of safeguard, not in any dictionary but through Wikipedia, the online encyclopedia:

“A safeguard is a detachment, guard, or detail posted by a commander for the protection of persons, places, or property of the enemy, or of a neutral affected by the relationship of belligerent forces in their prosecution of war or during circumstance amounting to a state of belligerency. . . . The effect of a safeguard is to pledge the honor of the nation that the person or property shall be respected by the national armed forces. . . . Safeguard, in military affairs, a protection by a prince or general, for some of the enemy’s lands, houses, persons, etc., to preserve them from being insulted or plundered. Safeguards were individual soldiers or detachments placed to prevent places (often farms full of tasty crops and livestock) from being plundered.”

Interpretation: The key is to do all on this physical level to safeguard the externalization of the I Am Nation. This is the command for protection from our general, El Morya, Prince of Neptune and Chohan of the First Ray. The Mark-Age Unit is the hierarchal commander’s safeguard or detachment on the physical, third dimensional plane. We are posted in “enemy” territory, as it were, where mortal man’s negative thoughts and powers would seek to undermine and to destroy the spiritual Hierarchy’s successful prosecution of the War of Armageddon; and our order is to safeguard the establishment of the I Am Nation on Earth for the Second Coming. So be it. Thank you, El Morya.

July 19, 2009. DREAM. I had joined the National Guard and went before the commanding officer for my orientation, assessment and medical checkup. He evaluated both my strengths and deficiencies, spoke with me about them, then turned me over to his subordinate, who was my unit’s immediate commander. This officer did a more thorough testing and review, and deemed me fit to serve. He gave me my official induction papers and a name badge for my uniform. I told him I was eager and ready to start my Guard service and assume my responsibilities.

The officer replied: “You wouldn’t be so eager if you knew what your duties would require over the next year.”

Without hesitation, I affirmed: “I am ready to start immediately.”

« Mary Guides the Soul
Broadcasting to Segments of Mass Consciousness »

One thought on “Safeguard Your Christ Mission”