In our meditations, let us focus laserlike concentration — the undiluted power of our I Am presence — to decrystallize, decompose, dismantle and dissolve the criminally-minded consciousness of humankind.

By criminally-minded, I mean all aspects of negativity running rampant within mortal consciousness on Earth and its astral planes; that is, negativity in all its forms: thoughts, words and deeds that are contrary to spiritual laws and principles, contrary to the commandment Love God and Love One Another, and contrary to the right mindfulness of our true nature as children of one God.

In truth, this is important work we must do each and every day: always beginning with the transmutation of negativity within our own consciousness, and then channeling our pronouncements of light outwardly, thereby influencing each one within our orbit and within resonance of our particular soul and brain wavelength pattern. The power of our light-worker network is built upon this premise: in unity there is strength. Linked as one through the I Am Self, we perform mighty works for the Second Coming program. 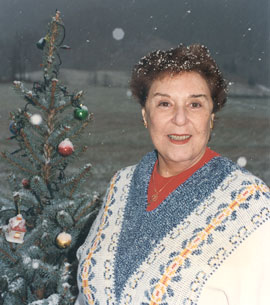 To set the tone for our spiritual projections, let us review a key channeling by Sananda/Jesus through Nada-Yolanda on December 25, 1993. The Master outlines our work to decrystallize the criminally-minded consciousness in the following message:

“Those with criminally-concentrated consciousness have to be unblocked. . . . Therefore, with your awareness of our activities, with the braiding between dimensions being magnified significantly, you will begin to see reactions from the criminally-minded collective groups in all walks of life: political, economic and social.

“There will be a backlash from our projections of light and our efforts to decrystallize soul blockages within these groups. You are released to work consistently on this; to broadcast it openly amongst the informed, enlightened light workers who can assist and support all of our efforts. . . . Use the diamond-crystal broadcast techniques on this impacted part of individual souls and society everywhere on the planet. It is widespread and it is insidious. To further our hierarchal efforts, it must be decomposed; not gradually but as quickly as possible. It involves those working on healing souls on the astral more than any of the other dimensions. Work in peace. Work with love. Work for cooperation and coordination of all higher-minded individuals and groups.”

A couple of weeks later, on January 5, 1994, Sananda channeled through Yolanda this follow-up: “Many new projections concerning the elements of negativity, Cain-produced bodies will begin shortly. . . . You will experience a new battle in the War of Armageddon, because this can stir up the memory soul scars from the original displacement of two factions of the Elder race on the Earth. [See Evolution of Man.]

“Not everyone who has chosen negativity, wrong expression of light for power, self-aggrandizement and selfish pursuits is part of that element of the race consciousness. But due to the intensity and severity of these final choices . . . , those not balanced with right thinking, right feeling, right action will find themselves sucked into a whirlwind of netherland situations.

“The stranglehold of those on the negative side of choice against the good, against the higher forces, against self-sacrifice cannot survive. But, unfortunately, as they are caught up in their own whirlwind of dissolvement, they will clutch at and will attract many who are on the borderline of choice.

“So, be alert and be aware of your own inner resolves in every aspect of living upon the Earth. It is obvious that we are exhorting each and every light worker to reexamine . . . exactly where he or she stands in the program purposes of the Hierarchy’s evolutionary plan for mankind and all life forms upon the Earth. No one can straddle both situations or remain neutral in these choices that are upon all of us.

“The criminally-minded consciousness is self-willed, selfish, unwilling to forgive, and more or less determined to use the power of mind, body and soul for nonproductive, noncreative, nongrowth experiences. Basically, it is a desire to tempt the laws of God; to see if they truly work; to challenge the impersonal, eternal forces of good equally for each creation.

“It is basic to the higher mind and the light-body experiences to know the oneness and the interaction of each one’s thoughts, words and deeds upon every other form of creation throughout existence. Until that awareness is paramount in each individual, one is tempted to be self-centered, self-righteous, self-motivated.

As we train our thoughts on these hierarchal projections, we can find reinforcement in various interdimensional communications that are published in Nada-Yolanda’s Contacts from the Fourth Dimension. The following excerpts are from early 2002, but similar warnings may be found throughout the book:

“The reasoning mind no longer can reach those intent on destroying what they do not want to see survive in any way.” (Sananda, 2/15/02)

“The forces of destruction are frozen solid and cannot hear or see any other possibility.” (Sananda, 2/15/02)

“The reaction of some of the unenlightened, power-hungry and greedy is that they are resolved to throw off all possible restitutions in a positive, higher consciousness than ever before. The more the vibratory rate increases on the planet, which in effect opens the hearts and minds of the sleeping ones, the more determined and the harder the crystallized forms of destruction become.

“You have not yet seen on the outer what is congealing and coordinating on the physical of those negative or evil entities. The more they work toward their desired end, the easier it is for those on the astral, where they have been, where their associates are, and where centuries of error conditions have associated themselves with the planet.” (Sananda & Uriel, 2/19/02)

“You are in one of the most severe centers of the last great battle of Armageddon. The stronger the force of light, projected out through thought and by those of diplomatic abilities and responsibilities, the more hardened the terrorists and the negative cohorts from other dimensions become.” (Raphael & Dr. Hannibal, 2/25/02)

“The more that we do in the light, because of the light, and of the light weapons, the more recalcitrant and fixed are the negative forces on this planet and its surrounding astral forms.” (Lord Michael, 2/26/02)

“Much more improvement in your focus and dedication to halting the amassing army of negative workers is imperative. . . . What we are endeavoring to accomplish in this light-body anchoring during the new phase of energy implantations is vigorously to impress your higher forces and senses. . . . Your dreams, meditations and clairsentience shall improve radically and rapidly, in order to bring you into the station where you must be in order vigorously to dismantle the huge number of negative life forms, both on the physical dimension and those who are running amok on the astral planes.” (Sananda & Uriel, 2/28/02)

“With the great amassing of astral forces, you have been singled out. Your lights are brighter than most, and they are able to detect from whence the energies and thought forms are originating. . . . But in unity there is strength. The unity of the sincere and hardworking, unqualified light workers in physical embodiment, combined with others, creates a force field that actually is destroying those forces that would destroy you, everything connected with you, even the land on which you live.” (Dr. Hannibal & El Morya, 3/5/02)

“Condensed into a mass of negative forces, there is a hardened core through which it is very difficult to penetrate. . . . The best we can liken it unto is, in your polar regions ice collects and gets harder and harder until it becomes an impenetrable glacier. . . . We need additional energy support to chip away that congealed ice before it becomes an impenetrable glacier.” (Lord Michael, Uriel & Sananda, 3/12/02)

In our meditations, linking with the Hierarchy and with one another, let us decrystallize the criminally-minded consciousness. We pronounce the light to uplift, to enlighten, to heal humanity. So be it.