[Editor’s note: This visualization was received by Nada-Yolanda on February 18, 1966, and is recorded in her spiritual diary. Through this technique, you can purify your auric field of undesirable thoughts and feelings and protect yourself from infiltration by outside forces.]

Build the white Christ light in the form of a web or cocoon around the physical body. Visualize an etheric rope of spiritual energy. With it, create a spiral beehive from the feet to the head. Wind the thread counterclockwise, about one to one-and-a-half feet from the physical body. Seal off the feet, and continue to build the web layer by layer until it reaches the head. Do not seal this off but attach the stem of the enclosure to the Fountainhead, the ultimate Source. Think of it as a leaf attached to the vine, from which it receives its nourishment and life energy. 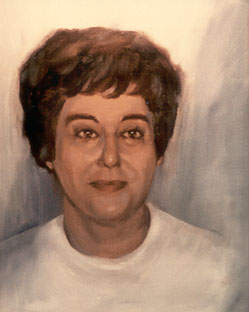 Most important is the realization that this shield is punctured every time one allows a negative or destructive thought to penetrate one’s conscious acceptance. It also is punctured by outside forces that seem to be stronger than the web of protection or the God Self. This puncture must be resealed consciously by the individual.

At first, for the sake of good practice and discipline, it is a good idea to quiet oneself and to rebuild the entire sheath in exactly the same manner as should be done the first thing each morning and the last thing each night. After sufficient practice, it can be done almost instantaneously, resealing the leakage merely by thinking it to be done.

Think of the self as always being in this cone-shaped, spiral essence, which has a substance that is as effective and solid as material matter.

We also can use this technique to wrap another person, a group, a geographic area or the entire planet in a cocoon of light protection.

We give thanks to our Father-Mother God for this divine protection. So be it.