December 21, 2022. Winter Solstice. HIERARCHAL BOARD MEDITATION. Upon entering meditation, my crown chakra was splayed wide open, becoming a funnel or conduit into which poured higher frequencies of light. As the energy accelerated, a brilliant white sun sphere formed around my head, then extended around my whole body and auric field. I was suffused with incandescent liquid white light. 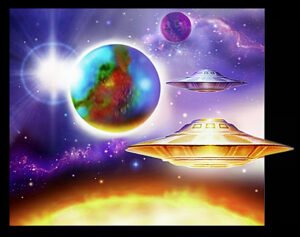 Anchoring the white light through my being, I was connected in light-body consciousness with the solar logos, the central focal point of the unified energy circuit of our entire solar system: the multidimensional sun in all its glory as a spiritual entity. From the solar logos, the Christ energy matrix — our intrinsic identity with the Son aspect of the Holy Trinity of Father-Mother-Son — radiates to all life on all twelve planets of our unique solar system.

While I basked in this sacred communion, two dazzling arms or tendrils of white light, one male-positive and the other female-negative, descended from above and entered on either side of my crown chakra. Suffusing me with greater light, the solar logos implanted its dual-polarity energy into the white sphere of my beingness.

Clairsentiently, I received that the two energy tendrils were representations of a direct energy download from Soltrex (Helios) and Soltran (Vesta), which manifest as co-ruling higher-dimensional beings or energy personalities of our solar logos.* Unified as one, the two solar entities hold intact the positive-negative polarity function of the Son/sun and broadcast it to all life in our solar system, stepped down vibrationally from dimension to dimension, planet to planet, form to form, through all space and matter.

Their broadcast to humanity on Earth during the Christ Mass cycle was simple, direct, yet profound in its endless ramifications: peace and love. Be at peace, and express the love of your I Am Self, your divine birthright as a son of the Son/sun. So be it.

Coming out of the meditation, I was greatly affected by the high-energy contact. The impact on my four lower bodies remained for hours as I assimilated the cosmic experience.

Note: In his sharing after the meditation, Robert revealed that he too had had a similar connection with Soltrex and Soltran in a meditation earlier that morning.

* In a channeling in 1963, Nada-Yolanda had received the names Helios and Vesta, representing the positive and negative polarity entities of the solar logos. Those symbolic names stem from Greek and Roman mythology. In his spiritual communions of late, Robert has intuned their updated code identities as Soltrex and Soltran, perhaps more reflective of our evolving New Age understanding and symbology. (See his blog entry, “Be Centered in the Solar Circuit.”