Editor’s note: Scroll down to the end of this article and listen to the podcast of El Morya/Mark’s original audio recording, broadcast in 1973. Through the power of the sound vibration, tune in to El Morya’s timely guidance!

THE THEME FOR THIS BROADCAST might be phrased: how to cope. As is often the case, we think in terms of a certain definition of a word, either which we have become accustomed to or which is in general usage at that time. But it may not always be the exact dictionary definition. So, I looked up the word cope in the dictionary. It means “to struggle, to overcome problems and difficulties.” My usual interpretation of it, as perhaps yours might have been, was that cope meant “how to handle something.” 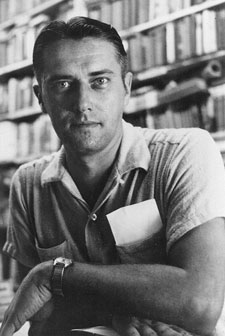 Also, it brought to mind a current play on the stage in Los Angeles, and thus perhaps other parts of the country, entitled Don’t Bother Me, I Can’t Cope. I don’t know what the play is about, but it is a significant phrase which has been bothering a lot of people in these days: how to cope with something.

Of course, many people aren’t trying to cope or to struggle with, or even to overcome, any of their own problems or difficulties, let alone helping those of their fellowman and of the rest of the world. They would just as soon hide in the mountains by themselves, or in a cave somewhere, or back in the desert, or just draw into a shell in their own homes and let the rest of the world go by; saying, in effect, “Don’t bother me, I can’t cope,” or to phrase it more exactly for the topic of this particular broadcast: “I can’t deal with the problems and the difficulties I am encountering in my own life, let alone be concerned with those in the outer world.”

We are one with all of our fellowmen. Therefore, what goes on in the world does concern us to some extent. So, we must learn how to deal with it. Of course, oftentimes dealing with a problem is really just to let it alone, not to become concerned with it, because we really cannot be involved in trying to solve all of the world’s problems today, since we have enough of our own.

But let’s get into some ideas not only for this meditation but for all of your meditations and projections of power. Let us see what we can do to deal with, if not to cope with, those particular problems that do come up which do need our solving, or in which we feel we would like to become involved concerning others.

Let us say that we want to deal with a particular problem in our own life. One way, of course, is to ignore it, which really isn’t dealing with it. Another way is to struggle in whatever means we have employed in the past; or sometimes in whatever way others advise us to handle, which isn’t always the proper way, either, but could be. Some try to find an intellectual way of working it out, some material way of overcoming the situation.

We’ve known by experience that sometimes this works, sometimes it doesn’t. Oftentimes it seems to drive us deeper into the mire of that problem or difficulty, and it seems that we cannot extricate ourselves. Then the situation becomes worse.

What is the way we as light workers should utilize to overcome this, to deal with that particular problem? Not to cope with it, for we don’t want to struggle with it, but to deal with it.

We turn within to the I Am consciousness. We go into meditation, which may be in the midst of what we are doing rather than sitting quietly somewhere, and we ask the Christ Self within, our own higher consciousness, what the answer is to that particular problem or difficulty, how to handle it.

Or, if we are intuned consciously with or even accept the fact that such does exist, we may ask for help from what other higher source is available for us to receive an answer for that particular situation.

We do not wait, necessarily — unless we are a communications channel, which most of us are not — for a spoken word or something to flash across a screen in our mind’s eye. But a thought will come, or the problem itself may just seem to dissolve or to become unimportant.

We can do this same thing in helping other people to solve their problems. This is one of the key ways in which we can become more effective as light workers and as broadcasters of light, to spread this light, to bring it to the attention of other people. 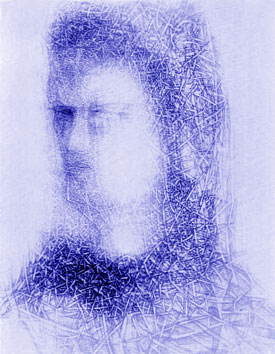 Suppose a family member or a friend has a problem or a difficulty which may seem insurmountable. Whether or not they come to us for help, we can send such help to them in this way: We direct our thoughts to the high Self of that other individual. We ask that the proper answer to that question or that problem or that difficulty be filtered down to the conscious mind of that individual and to be put into effect for that particular person.

Here is a bit of a touchy situation, where many people get into trouble. We are not to think ourselves of what the answer to that problem should be. We might know. We might suggest that this is a possibility, such as if we were talking face-to-face with a person.

But we have learned in our Mark-Age counseling — and all our staff utilize this — that it is far better and much more effective to have each person go within to his or her own Christ consciousness and to obtain the answer that way.

Then, when you have asked the high Self to contact that person, do not dwell on it too much. Do not try to force it. Do not send out the thoughts: Well, high Self of so-and-so, what’s the matter, you don’t seem to be coming to the help of your mortal consciousness? Let it go. As they say, let go and let God.

The high Self of each and every one is an expression or a manifestation of God in action through and as each one of us as individualities. Therefore, let go and let the high Self of that person handle the situation. Do not meddle in any way yourself.

Of course, if you are asked then, or have been asked already, consciously by the other person to help, perhaps you can offer some of your own valuable experiences. But, again, tell that person or project to that person that the real answer is to come from within, from the high Self of that individual.

Now let us carry this a little further in helping to deal with world situations. This is where we can really become effective as broadcasters of light, projectors of power in working cooperatively, consciously with Spirit and with those in higher planes — which are the celestial or angelic, the etheric or Christ, and on the Earth; even in the higher astral planes — to effect some of the changes in this Latter-Day period and program, the spiritual hierarchal plan for this solar system.

After we have had the experience of learning how to receive the answer to problems and difficulties and how to solve them ourselves and then for friends, relatives, coworkers in the light, or whatever, on an individual basis, then we can turn our attention to dealing with problems of world leaders, or at least leaders in whatever field is concerned, that are brought to our attention at that particular time, be it a national or an international political or government leader, leader of science, a local government leader, in the schools, or any other thing of interest and importance in our lives.

When there is a problem that must be solved and a person is having trouble solving it, apparently, or needs a great deal of help, we can project to the high Self of that individual and ask that that high Self do all it can to bring the answer through to the conscious attention of that individual.

We know that the high Self always is aware of the situation of ourselves or of any other individual, and has the answer or has the assistance at hand to offer. The problem is getting through to the mortal consciousness, and having the mortal self or the personality consciousness pay attention to that answer to receive it.

We can do the same thing with segments of society. As Sananda and those in the higher planes have told us, we can broadcast most effectively to segments of mass consciousness. [See “Supplementary Reading” below.]

Say there are certain problems in the government or in the economy or in science or in business or in the agricultural field or in the school systems or in law enforcement agencies: we are going to work on them ourselves as broadcasters collectively, in conjunction with those in the higher planes, to project power and light to correct them.

As we work with each segment of society that is in error or difficulty, let us recognize that there is someone within that segment to handle those problems, and that by our projecting spiritual power to the situation itself we are asking the Christ Selves of those who are in a position to help, to relieve the situation and to handle those problems.

(1) Take the condition to the high Self within yourself or others.

(3) In return, this makes our broadcasting network — which is the linking of light workers together in unison — and each one’s meditations much more effective, and yourself as an individual light worker much more powerful in dealing with any and all problems.

Revised from Mark-Age Meditations audio broadcast #30B, released in July 1973.

LISTEN TO PODCAST: Click on the “Play” button below to listen to the original recording of “How To: Deal with, Not Fight, Armageddon” by El Morya/Mark.

4 thoughts on “How To: Deal with, Not Fight, Armageddon”