On January 9, 2017, my beloved mother, Honora Jacobs, passed away peacefully, exactly one week prior to her 98th birthday. She suffered a major stroke on December 30, 2016, and 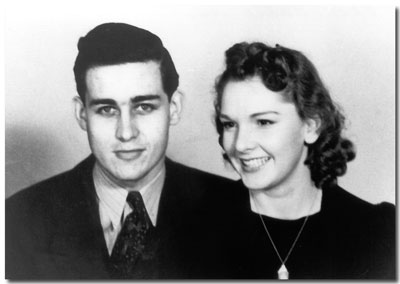 slowly slipped away in hospice over the next eleven days. My two older brothers, Fred and Jonathan, and I maintained a daily vigil, supporting her spiritual preparations for the transition. Jonathan and I were at her bedside when she breathed her last, around 8:15 yesterday morning in Lufkin, Texas.

My mom was my north star, a guardian of my soul, and I will miss her greatly. A mother’s love is unsurpassed.  She taught me morality, high principles, good manners, determination — and of course, unconditional love. We have always had a close telepathic bond. That eternal spiritual exchange will continue now that she has crossed into the higher planes.

In future posts, I hope to chronicle the dreams, meditations and experiences I’ve had leading up to her passing, and beyond, much as I did with my father’s transition in 2015 (see A Father’s Journey).

For the moment, I will simply report that Mom appeared to me in her glorified light body in a dream early this morning, January 10th, one day after her transition:

“Suddenly, she materialized right in front of me, about four feet away, standing against the wall. She was absolutely beautiful and radiant, appearing about forty years old. She was very smartly dressed in a brown plaid pant suit and jacket, with a touch of color. Her gorgeous red hair was perfectly coiffed in a short style. A golden ethereal light was softly lighting her from above and within.

“Astonished, I gazed into her big brown eyes and exclaimed, ‘Oh, Mama!’ Instantly overwhelmed, I burst out crying, overjoyed to see her. As tears poured uncontrollably, repeatedly I cried, ‘Mama! Mama! Mama!’

“She just looked at me silently, lovingly, softly. I could tell she was momentarily surprised that I had burst out crying immediately upon seeing her. She held my gaze, but said nothing. I awoke.

“Her light-body projection comforted me. All is well, while I go through my own cleansing and clearing to adjust to her passing.”

Honora Mary (Masters) Jacobs passed to her reward on January 9, 2017, in Lufkin, Texas. She was a loving and devoted wife, mother and grandmother.

Honora came to Lufkin with her husband, Frederic W., in 1950 from Ashtabula, Ohio, with their two children, Frederic Clayton, age 5, and Gary Nicholas, age 2. Their third son, Philip Joseph, was born in Lufkin in 1951. 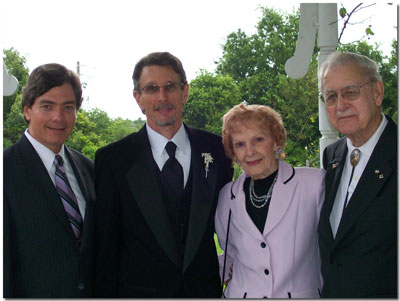 Honora was born on January 16, 1919, in East Cleveland, Ohio, the eldest daughter of Walter Everett Masters of Bessville, Missouri, and Catherine Mary (Weisbarth) Masters of Cleveland, Ohio. Honora is descended from Oliver Masters, born 1813, a Missouri pioneer and first County Surveyor for Bollinger County, Missouri; his father, John, and grandfather, Nicholas Jacob Masters, came from North Carolina in 1810. Her ancestors originally came from Scotland and settled in Maryland in 1670. On her mother’s side, she was of German-Irish descent.

Honora received her education in Cleveland, Ohio; Potosi, Missouri; and Euclid, Ohio. Upon graduation from high school in Mentor, Ohio, she was employed in various occupations, including as a fashion model, and later in the manufacture of florescent light bulbs and as an advertising model for the General Electric Company, until she and her husband, Frederic, were married on January 17, 1942, in Cleveland. After marriage she worked as a secretary and switchboard operator for the Columbus Visiting Nurse Association in Columbus, Ohio.

Honora was very active in the First United Methodist Church in Lufkin where she served as Youth Superintendent and taught first and fourth grade Sunday school classes. She and her husband were Methodist Youth Fellowship (MYF) counselors at the old church. She helped design the first Chrismon Tree for the church and created many of the ornaments for it. She was very skilled and active in arts and crafts and made many creations for the United Methodist Women’s annual bazaar, having chaired or co-chaired that event many times. She was a member of the Seekers Class for over 50 years.

Besides being a craftswoman, she was an accomplished artist, both in watercolor and oil paints, and worked also with ceramics. She was an avid collector of both antique and modern dolls. Honora was a member of the Lufkin Service League, was active in and served as President of the Dogwood Garden Club and the Kiwanis Kianns. She was a member of the Lufkin Art Guild and the Spools.