September 10, 2014. HIERARCHAL BOARD MEDITATION. We focused on Fifth Ray balance, harmony, healing and integration. It was the most centered I’d felt in many days. Breathing in the healing light for all of us, I saw a vision of the transfer of soothing 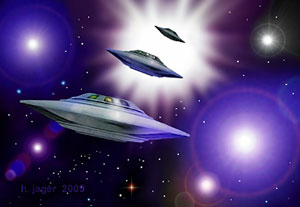 energy moving back and forth between us as gentle spheres of light; it was beautifully harmonizing.

At one point, the face of a spaceman appeared clearly on my third-eye screen. Though he was not Alanar, and no identity was given, I sensed he was part of a crew who was monitoring us. I entered a very deep zone of meditation, but did not lose complete awareness of my physical surroundings. After some time, my awareness abruptly switched back. Astonished, I realized that I had been bilocated, perhaps aboard a spacecraft.

Afterwards, during our sharing, Larry revealed that he had “gone somewhere else” and had watched activity being monitored on a type of screen. We concluded that he too had been bilocated aboard a monitoring craft. It was an amazing demonstration of synchronicity between us.

In Memoriam: Helane Baldwin, R.N., C.Ht., Ph.D., a woman of many talents, was a longtime personal friend and a supporter of Mark-Age. She passed away in Florida on September 4, 2014, at age 88. 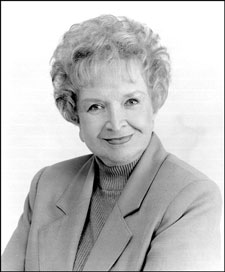 With an impressive background in the arts and in healing, Helane skillfully utilized all of her talents to present innovative programs on sound, color and music. As a professional singer, she experienced the effects of her music upon audiences. As an interior designer, she relied upon the impact of color to create harmonious environments. As a psychiatric nurse, she observed the effects of music and color on patients.

Ordained in the Spiritual Sciences Ministries, she also had a doctorate in Therapeutic Counseling. Her selected programs were approved by The Florida State Board of Nursing to provide Continuing Education Credits to professional nurses.

I always have had a special bond with Helane, as we both work on the Sixth Ray of Transmutation and share the same master teacher, St. Germain.

September 11, 2014. DREAM. I had my first dream contact with Helane Baldwin, exactly one week after her transition on September 4th. First, I saw her walking with a man named Jim. Suddenly, a short distance from me, they both dematerialized.

Soon, Helane returned and I spoke with her directly. She appeared youthful, in her forties, similar to when I first met her forty years ago. Happy, slender and healthy, she moved very gracefully, as if she were a dancer, enjoying the newfound freedom of her astral body. It was a joy to see her.

Jim was a director of Mark-Age, 1961-73. He was the one who introduced Helane to Mark-Age in 1965. Even after he left the Mark-Age staff, Helane maintained a close personal friendship with him, until he passed in 1994. So, it only seems natural that Jim would be one of the ones helping to reorient her in the astral planes.

Helane would have been 89 on October 2nd. Because she was wheelchair-bound in the last months of her life, and increasingly had dementia, it is entirely understandable that she would rejoice at the new freedom of movement she now enjoys in her astral form. On the other side, she is happy and enthusiastic to continue her soul mission for the Hierarchy.

Note: About a month ago, I had a telltale dream in which Helane called me on the phone. In the midst of the conversation, all of a sudden she teleported into my office! We continued our conversation in person, and I inquired specifically about her health, including her back and her mobility. Although I forget the particulars of the exchange (I didn’t write it down), I had the premonition that the dream teleportation signaled that she would be passing soon from this plane.

September 17, 2014. DREAM. Lord Michael gave us a short yet impactful message, only a couple of sentences in length.

Interpretation: When I awoke, I could not recapture the communication. Suffice it to say, however, that it focused my attention on the First Ray of Divine Will and Power. I considered the contact to be a signal to hold steady with the First Ray.

September 24, 2014. DREAM. Outside at night at headquarters, I came across Theon. Other staff or members also were present, as was Shasta. Theon, with shovel in hand, was 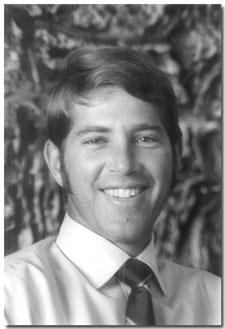 busy with a work project, filling an area under the porch deck with dirt. He stopped and we chatted for a few moments. I was struck by the fact that he was over six feet tall (in his past life he had been about five-foot-seven).

Interpretation: This is my first dream of Theon in almost three years. [Theon had been a Mark-Age staff member, 1973-81. He remained a good friend and a loyal supporter until his transition in 2007.] It indicates he is busy coordinating with us from the astral planes, perhaps helping us to shore up our foundations spiritually (shoveling extra dirt under the deck). Strikingly, the fact that he appeared over six feet tall symbolizes he has grown in spiritual stature. According to Yolanda’s soul intunement, Theon is a master of the fifth and sixth astral planes. Perhaps now, seven years after his transition, he has assumed a new level of spiritual responsibility.

September 29, 2014. DREAM. In my apartment at headquarters, I inquired of Robert if the dog was outside. I was implying Shasta, though did not specify. He said yes. But to my surprise, when I opened the door Cheyenne, not Shasta, ran inside!

Interpretation: Here is a signal that Cheyenne remains connected with me from the other side. I have been wondering lately how things were going with her.

October 16, 2014. DREAM. National Security Advisor Susan Rice and I, acting as assistants with separate but coordinated tasks, were busy working with Nada-Yolanda on an important project. With our research notes or reports in hand, we conferred with her 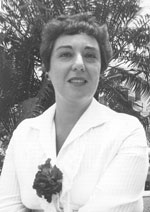 simultaneously. Yolanda’s desk already was piled with papers. Also, Ambassador Rice and I both had sinuses that were draining considerably.

Interpretation: The dream symbolism reveals inner plane coordination with Nada, who is a representative of the Karmic Board as well as of mass subconsciousness. Dr. Rice and I represent leaders stationed in physical and spiritual government, respectively: two poles of coordinated action for the externalization of the I Am Nation on Earth. As symbolized by our runny noses, there is significant transmutation (cleansing) involved in our work to implant Spirit’s will and to effect positive changes within mass consciousness. (Will is characterized by the respiratory system.)

In her role in the United States government as National Security Advisor, Dr. Rice has much on her plate at the moment, including the war against ISIS terrorists in Iraq and Syria, as well as national security concerns over the potential spread of the Ebola virus in America. The horrendous Ebola epidemic in West Africa, daily in our news, recently has made an incursion onto our shores; two healthcare workers are now infected. They had cared for a sick Liberian man, now deceased, who had traveled here.

October 22, 2014. HIERARCHAL BOARD MEDITATION. Focusing on the First Ray of Divine Will and Power, I had a vision of myself holding two swords of truth, one in each 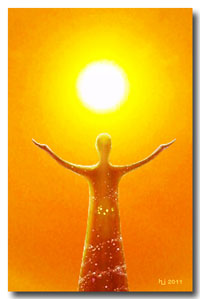 hand. But the swords of blazing white light, rather than being held upright, were inverted, their points sticking directly into the ground. Thereby I became a vessel to implant spiritual truth and protection on Earth in these unsettling times. The hilts of each sword were formed by a multifaceted, elongated, clear diamond crystal, symbolizing the purity and the clarity of divine truth. To each person or situation that came into my awareness, I projected and decreed for First Ray action, the elimination of error, the separation of the wheat from the chaff, the pronouncement of Christ light.

Toward the end, my vision expanded: giant swords of truth encircled our headquarters property, penetrating the Earth and providing a protective force field for our spiritual work.

October 25, 2014. DREAM. I received a long channeling from Judas Iscariot. I gave it to Nada-Yolanda to assess. She wrote a detailed analysis of the message and presented it to me. While I was poring over her report, I awoke.

Interpretation: In the system of the twelve spiritual powers of the I Am Self, the disciple Judas represents the faculty of spiritual regeneration. In its highest and most pure application, this characteristic portrays the selfless love required to rebirth (regenerate) the spiritual Self fully through mind, body and soul. Christ Jesus, our planetary way shower, demonstrated the full and proper use of spiritual regeneration to resurrect his light body on Earth.

Although the failings of Judas are well documented in the New Testament, according to channelings through Nada-Yolanda, he has since redeemed himself and has fully aligned himself with Sananda/Jesus for the Second Coming program. Yet, in his spiritual role he continues to carry the record of this soul scar, the selfish misuse of spiritual energy, that has been embedded within mass consciousness since man’s fall into third dimensional matter.

When I awoke, I did not recall any details, either of the channeling itself or of Yolanda’s analysis. But I shall meditate further on the meaning of this dream and shall restudy the “Regeneration” chapter in Birth of the Light Body. In my channeling functions for the Hierarchy, Nada-Yolanda, who is the teacher of channels in this solar system, serves as my mentor and guide.

Note: To review two fascinating communications from Judas Iscariot through Nada-Yolanda in 1961, see Mark-Age text MAPP* to Aquarius: *Mark Age Period & Program, pages 79 and 88. See also a channeling in the same text from the apostle Peter in 1964, pages 130-31.

October 27, 2014. DREAM. I had a long, productive editorial conference with Nada-Yolanda regarding her manuscript of Autobiography of a Prophet. She turned over to me a whole armload of files containing rewrites and editorial notations. Overjoyed to be working with her once again on this creative project, I commented on how this was the 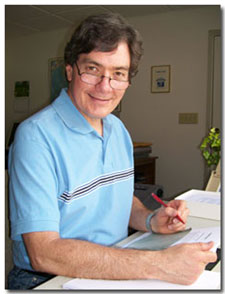 aspect of our working relationship, editor with author, that had given me so much pleasure and fulfillment over the years.

After our conference, I gathered the files and took them back to my production office — only to discover that my office was being entirely remodeled! The furniture and carpet had already been removed and the walls had been prepared for a fresh coat of paint. The room would be painted purple. I was truly astonished.

Interpretation: For several weeks I have been immersed once again in the editing and production of Yolanda’s forthcoming Autobiography of a Prophet, hopefully to be ready for publication in 2015. The dream shows the close inner plane coordination that I enjoy with Nada. As I work, I sense that she is inspiring me every step of the way.

The remodeling of my office represents a transformation, a renewal or regeneration, in the externalization of my spiritual functions and responsibilities. (The color purple symbolizes transmutation; my home ray is the Sixth Ray.) Also, I am about to enter my birth cycle (birth date is November 23); so, the dream echoes again the theme of spiritual regeneration, as presented in the dream of October 25th.

Note, too, that this is my third dream of Nada-Yolanda during October.