June 11, 2014. HIERARCHAL BOARD MEDITATION. (At 5:45 this morning I awoke with this phrase ringing in my head: “All teams have been activated.” I was being alerted that all interdimensional forces of light were in position 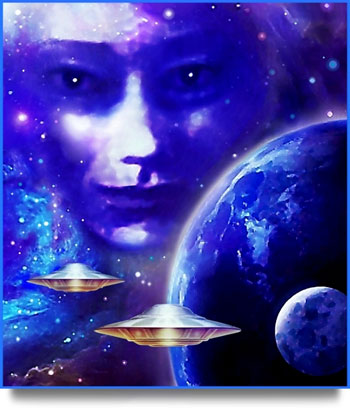 for the start of the Mission to Mt. Marcy. Robert and MariLyn leave tomorrow for the Adirondack Mountains in upstate New York. Also, yesterday evening Larry Peterson had arrived at headquarters to assist me while Robert and MariLyn would be away. For several hours this afternoon, I had been experiencing hieronic conditioning from Conrad and his space team who monitor us for Dr. Hannibal. At 4 p.m. Robert, MariLyn, Larry and I met for Hierarchal Board meditation.)

As soon as we began to meditate, Conrad resumed hieronic contact. His space beam typically stimulates my heart chakra in a unique way. I’ve often wondered if he signals me through the heart/love center because of a past-life bond, but I’ve never received confirmation one way or the other.

Conrad mentally boomed: “Team Spirit!” The code phrase related to the one I’d been given this morning. Immediately he showed me a vision of all the interdimensional forces that were in place: etheric and space beings; angelic guardians; higher astrals, including Golden Eagle and other Amerindians, as well as Kaileah with Cheyenne, forming the designated Astral K9 Unit guarding headquarters.

The rest of the meditation, as I linked with these forces of light, visualizing in advance a successful hierarchal mission, I worked on protection for Robert and MariLyn during their journey. The four of us were solidly linked and ready for action.

In his sharing, Larry reported feeling the hieronic beam around his head, but also heart-chakra stimulation. Perhaps Conrad also was nudging him with a similar contact signal.

June 12, 2014. DREAM. On our property, I came across Robert, who was lying on his back on the ground. A small gray fox, a pup or adolescent, was lying next to him, snuggling against his head and neck. I cautioned Robert: “When you get up, be very careful. Move slowly and gently, so as not to disturb the fox. For he is liable to bite you if you make a sudden move.”

Robert started to turn and rise, but the gray fox awoke and lashed out with his teeth, grabbing Robert in the neck. Robert quickly bent down and bit the fox in the neck, too, but with stronger force, mimicking a mother fox grabbing her young to enforce discipline. The fox let go.

Interpretation: The young fox represents a segment of astral Amerindian light workers who, though awakened spiritually, are still immature and need proper 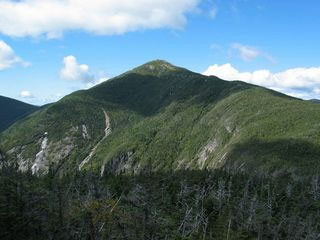 discipline. They want to coordinate with the Hierarchy on the mission, which begins today, but they need more guidance and training. On the inner planes in their realms of power, perhaps they consider themselves “crafty” or “clever” like a fox. As trained light workers, we must be vigilant as we foster a higher coordination.

Mt. Marcy and the Adirondacks in New York are within the sphere of influence of the ancient Atlantean Earth Temple, headquartered then on present-day Long Island. The mission will restimulate and transmute vibrations from that time period, reopening the area for a higher influx of light. Zolanda, an incarnation of Sol-O-Man, was high priestess of the Earth Temple. She prepared the race who became the Amerindians, to enact their role as proper guardians and protectors of the devic-elemental kingdoms. Robert was incarnated with Zolanda then, so he also will be picking up akashic threads from Atlantis.

The dream correlates in symbology with Robert’s recent dream of a white wolf adolescent, who, though initially friendly, also lashed out to bite him.

June 15, 2014. DREAM. In school, I readily volunteered for an extracurricular job that would require extra hours and significant new responsibilities. The project manager made sure I wanted the job, then explained everything to me in an orderly, detailed manner. The position involved daily coordinating, handling, packing and shipping of numerous items that were essential to running the school efficiently. There was a flurry of activity.

Interpretation: The school, of course, represents the University of Life, both in a figurative sense and in terms of my service with one of the five divisions of the I Am Nation. Taking on an “extracurricular job” with “new responsibilities” indicates I am moving into higher levels of I Am functioning. The “numerous items” to be “handled” and “shipped” daily refer to the packets of hierarchal energy that we, as light workers, are anchoring on Earth and redistributing to all in mass consciousness, helping to uplift the planet as we run an efficient spiritual operation in the school of life.

Much coordination is occurring now during the Mission to Mt. Marcy, in upstate New York. There is a flurry of hierarchal activity also as we quickly approach the summer solstice, closing out the spring cycle and beginning the summer action cycle.

One thought on “Team Spirit”