ST. GERMAIN/DR. HANNIBAL: Hail, beloveds of the Christ. I am St. Germain/Dr. Hannibal, master teacher of this channel, one of the guides of this triangulated team as you prepare for the South America Mission. We have set high goals for your demonstrations as an I Am Nation team on Earth and as federated light workers throughout this planet.

We have successfully operated on this channel, and also through this team at I Am Nation headquarters, in order to reset a higher hieronic frequency as part of our 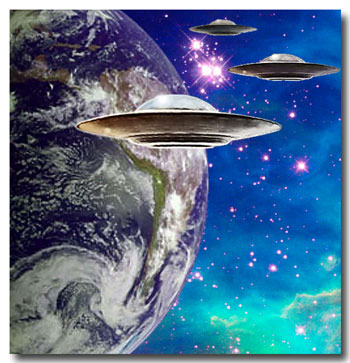 preparations. Therefore, you can expect new clarity in your inpourings and outpourings as you go forth to demonstrate the Master’s plan for a unified Earth.

I pick up the threads of five hundred years ago in my incarnation as Christopher Columbus; but indeed I must go back all the way to Atlantis 26,000 years ago, as I weave and interweave the threads of my mastership for the complete reunification of this Western Hemisphere, as part of the planetary operation to secure unification of East and West.

I have secured these new links from my master coordination craft #1235 in order to make these new implantations throughout this hemisphere. My coordination craft is also completely interlinked with my hieronic sister unit #1236 for these special hieronic projections. We already have begun these through the astral planes, as you may have surmised, and that is why you have been picking up a new stirring of the stew in this pot. These are slowly being filtered down into the physical level under hierarchal guidance and command from ship #10, Sananda’s command headquarters; and the Healing Haven team of Dr. Robert and MariLyn will finalize these connections at pinpointed physical locations during the South America Mission as they go forth under Hilarion to seek and to apply and to call forth new integration of that continent.

Through all these manners we tie together North America and South America mass thought forms in this unified purpose, because this entire polarity of this side of the globe must be strengthened for the mass cleansings that must be effectuated in coming years throughout the Eastern Hemisphere.

Summalt, at his post in the etheric realms stationed in the East, is fully at one with us — of course, that goes without saying — and he has his plans afoot as well, in order to draw upon the energy of these demonstrations in preparation for his own outer-manifested works in his area of influence.

It always has been and always will be a unified planetary operation. For only as a unified planet may this Earth be brought into reunification with the solar system of federated planets as we move further into the Aquarian Age and complete the Second Coming program on Earth with Sananda’s return in expectant years ahead.

We each play our part as we are given to do from Almighty God, and as we intune these dramas to portray in hierarchal councils of this solar system. Therefore, let us all rejoice in this unified effort. With this integration, we bring to Earth the healing that is desired within the depths of each heart of each person incarnated in and about this realm.

More news is to come as these events unfold. We will continue to secure our preparations through this unit and through those light workers directly associated with this mission effort. But we are pleased with this accomplishment at this new plateau for these new frequencies and hieronic tie-ins.

If you go back into your inspirations and intunements and communications throughout this year, even further back, you will see that all has been working toward this particular moment in order to advance the program for the next stage. And for that, we give thanks.

Note: All day, leading up to our Hierarchal Board meditation this evening, I had been experiencing hieronic conditioning. I felt out of sync, uncoordinated with the physical dimension, as if I were an encumbered deep-sea diver walking on an unfamiliar ocean floor.

Soon after we began our meditation, I was contacted by an electromagnetic space beam. As the effect of the hieronics increased, my crown chakra was peeled back, as it were, while space technicians worked 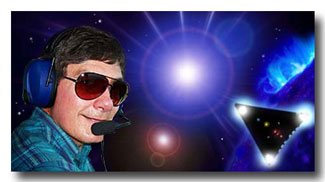 to “rewire” a new set of hieronic lines of force. They were as mechanics who had opened the hood of my vehicle and were busy reconfiguring my engine. This extensive hieronic operation, a form of psychic surgery to reconnect and recalibrate new hieronic frequencies, explained my dream of the night before, where I was on the way to the hospital to have a scheduled operation.* During the procedure, I felt the presence or influence of Dr. Hannibal, Jontel, Krator and Conrad.

The hieronic operation lasted a long time, during which I experienced pronounced sensations and activations in my auric field and physical body while the crew tested their rewiring and fine-tuned the adjustments. Even my hands were levitated into positions for universal sign language.

As they neared completion of their task, I became transfigured by the soul form of my Venusian space aspect. Wearing a sparkly metallic sky-blue uniform, I manifested shoulder-length golden hair and had bright blue eyes. Eons ago I had received training in Venusian temples for my high Self functions under Dr. Hannibal and the Motah Council of the Federation of Planets. 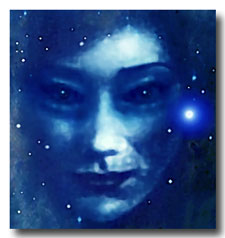 When the hieronic technicians had finished, my whole system vibrated at a newly synchronized energy level, as if I were now a fine-tuned sports car. While I basked in this heightened vibration, St. Germain/Dr. Hannibal overshadowed me. I sensed with him the presence of the Venusian “mother,” one of the teachers who had trained me on Venus for Motah. My master teacher simply relayed what he had said once before: “I bring you Rebekah.” He did not clarify whether he meant to convey her name or simply a metaphysical code of vibrations. The Venusian female, who remained in the background, added: “I am a guardian of your soul.”

Continuing the energy buildup, St. Germain employed universal sign language, at one point forming his signature with my raised hands. In a tender gesture of master to disciple, he placed my right hand flat against my heart and said, “My heart is your heart.” Shortly after, he signaled that he would channel vocally.

That night I dreamed of sitting in on a conference Nada-Yolanda had with several light workers. The next day, I felt the aftereffects of the prolonged hieronic contact and the resetting of my vibrational frequency: activation of my crown, heart and solar plexus chakras; fatigue, as if I had run a marathon; mental fuzziness; sleepiness; occasional slight dizziness and nausea.

* August 31, 2011. DREAM. I was scheduled for a surgical operation that evening, and Mark was the one who was going to take me to the hospital. Although I was naturally anxious, I was very appreciative of, and reassured by, Mark’s protective presence. David, a former staff member, accompanied us for the overnight stay at the hospital. Very efficient and businesslike, Mark led us out of our building and onto the sidewalk. He went to the parking lot to get the gold-and-white Chrysler Imperial auto. After a brief moment, David and I followed. I then awoke.

Interpretation: A surgical operation, though not defined specifically in the dream, represents a spiritual procedure to heal or fine-tune my soul for coming spiritual demonstrations. El Morya/Mark, Chohan of the First Ray, guides and protects me. David, who accompanies me, symbolizes the love aspect in soul consciousness. “Love is the mantle of protection.” The gold-and-white Chrysler Imperial (which Mark and Yolanda drove all during the 1970s) is a metaphor for the light body, the vehicle of Christ consciousness.

LISTEN TO PODCAST: Click on the “Play” button below to listen to the above communication, as recorded live on 8/31/11. This recording was released on I Am Network of Light tape #1028B, for the week of 10/16/11.

2 thoughts on “Master’s Plan for a Unified Earth”