June 23, 2010. HIERARCHAL BOARD MEDITATION. Dr. Hannibal contacted me with a hieronic space beam. His light body manifested a highly rarefied, even transcendent, vibration of the Saturnian Council. To my conscious awareness, the vibrational frequency was subtly new, yet was familiar to my inner spirit. 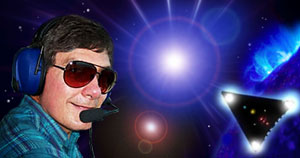 Through his enhanced appearance, Dr. Hannibal/St. Germain thus raised me into a higher level of interdimensional exchange.

In the ensuing universal sign language, as he manipulated my fingers and hands with his recognizable signature and other signals, he projected energy from the Saturnian Council, or Hierarchal Board of our solar system, into the Western Hemisphere. In particular, he implanted energy through mankind and the devic-elemental kingdoms to rebalance the ongoing catastrophe of the massive oil spill in the Gulf of Mexico. Although he used me as the hieronic energy channel, he relayed no further information about the projection.

On a personal note, he reminded me that his surveillance of me cuts through all levels of my consciousness. Hence, the dream of June 20th, bending metal with my mind via hieronic control, was under his supervision, demonstrating surveillance at a subconscious or soul-astral level. Also, my experience yesterday at Downtown Island Airport showed his protective influence on the conscious plane. During my preflight check, which I always perform meticulously, I had discovered a problem with a loose alternator housing and belt, potentially a dangerous situation. Immediately, I alerted the flight school and scrubbed my planned flight. The airplane was grounded and sent to maintenance.

« Channel for Transmutation
Your Hour Has Come »

One thought on “Hieronic Projection to Western Hemisphere”