April 14, 2010. HIERARCHAL BOARD MEDITATION. Summalt, commander of etheric space forces in the Eastern Hemisphere, overshadowed my auric field. Simultaneously he contacted me with a hieronic space beam, amplified on relay through Dr. Hannibal’s command in the West. The power built considerably, as if I were being prepared for a vocal channeling. Instead, Summalt communicated telepathically.

“There is a serious danger developing in the East,” he relayed. The danger is geophysical, sociological and political; in other words, both nature-based and man-made. Moreover, the buildup of instability is due, in part, to imbalance and resistance in mass consciousness in the Western Hemisphere. Subpar conditions in the West thus have not provided sufficient polarity balance to the East during the current bombardment of light from the higher planes.*

Summalt also conveyed an admonition to the light workers in the West. In many individual cases, they have not responded adequately to the critical needs of the hierarchal energy influx, and therefore 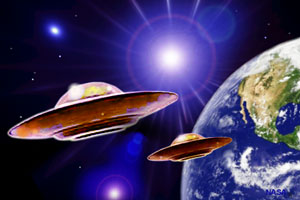 collectively have not led the masses here with a strong enough light to help maintain greater balance in the planetary thought atmosphere. That lack of spiritual focus and discipline has made it more difficult for the light workers and the masses in the East, who resonate to similar wavelengths.

Increasingly we see evidence of the imbalance and the adverse reaction in the two hemispheres, both in man and in nature. For example, in recent months there have been a number of disastrous earthquakes in the West that have claimed many thousands of lives in Haiti, Chile and Mexico. Today, in the East, a magnitude 6.9 earthquake hit western China, killing hundreds of people [current tally is 1,100]; also, a volcanic eruption in Iceland, with its massive ash cloud, has disrupted the lives millions of people worldwide through the suspension of air travel throughout Europe.

Summalt continued: “As a result of this imbalance, we must increase rather than decrease the energy projections through those committed to doing the work.”

Summalt reminded me that in a channeling on February 10th, he and Hannibal had warned: “You must be the stalwart crew to stabilize man’s tremulous affairs. We must stave off a tipping point through our steadfast anchoring of light through your mind, body and soul.”

By this point in the contact, the power had crescendoed. Still, Summalt did not signal that he wanted to vocalize his transmission. Instead, with the hieronic beam he levitated my left hand, formed his now-characteristic signature, and performed the universal sign language. Through my vessel and our group force field, he anchored in the Western Hemisphere a solid projection of stability to the East, in order to “stave off a tipping point.”

Earnestly I sought verification from Dr. Hannibal, who momentarily appeared and joined Summalt. Together, as a balanced polarity, West and East, they projected hieronic energy through both my raised hands to help stabilize the planetary thought atmosphere.

When they concluded, it took me several minutes to disengage from the space beam.  I still felt locked into Summalt’s force field. Parting, Summalt reiterated that he did not need to vocalize his message and his admonition to the light workers. He would leave that to me, since I was part of the Motah Council’s interdimensional team and should assume responsibility to communicate their assessment to the light brigade on Earth.

* Metaphysically, in the polarity balance of Earth, the Western Hemisphere represents the conscious, active, male polarity; whereas the Eastern Hemisphere represents the subconscious, passive, female polarity. Hence, in the East there is the preponderance of esoteric spiritual development, including ancestral worship and a close connection with astral or subconscious realms. In the West there is the emphasis on material development to enhance life on the third dimension, as well as the conscious willpower and use of the rational mind to implement physically based methods and solutions.