LISTEN TO PODCAST: Click on the “Play” button below to listen to the actual recording of Sananda’s channeling of “Lord’s Prayer for I Am Nation,” as introduced by Nada-Yolanda on Mark-Age Meditations (now I Am Network of Light) tape #90B, for the week of 11/2/75.

“Now I say unto you that I give a new interpretation of my invocation delivered during the lifetime known as Jesus of Nazareth. I refer to the plan and the program of bringing God’s kingdom to Earth.

“I ask you to revitalize and to revamp the picturization, in your own prayers and manifestations, for the macrocosmic process or the planetary program as proposed in that invocation; which 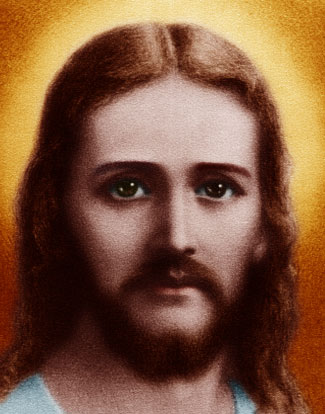 hitherto has been interpreted and has been announced for personal upliftment, unfoldment and materialization of light form in the present embodiment. Let us in this meditation therefore regard the following:

“Our Father, which art in heaven, hallowed be Thy name. Here we speak of the divine plan, the divine picture, the one Energy Force that unites each and every one of us collectively as children of this one Creative Force, Father-Mother God. And since It is in us at all times, regardless of the plane of action in which we manifest a form and a personality, we are united as children of God with this one Parent whom we all share.

“Thy kingdom come. It is the will of the Father, or the Creative Force, that the energies and the way of life in the perfect formation of individualized Selves come forth in the consciousness and in the externalized, collective action of all, throughout all areas of experience. Thy kingdom come specifically means that it is in the process of being pressed out into a form and being externalized upon the plane of action where groups of spiritualized consciousnesses are in manifestation.

“Thy will be done on Earth as it is in heaven. The will, the law, the experience of those in the I Am consciousness must be expressed everywhere, on every dimension and plane of action, regardless of how much time it will take. That is occurring upon the Earth in the moment of now, the Mark Age period and program [Latter Days], the externalizing of the Hierarchal Board on Earth for the planet Earth; which long has been enmeshed in darkness and lost to the spiritualized focus of the Federation of Planets in this particular solar system. So speaketh all who are involved in the spiritual government of this solar system, regardless of the plane, the planet or the dimension in which they are manifested.

“Give us this day our daily bread. Here is the clue I long have wished you to experience. That is that the bread spoken of here is whatever it takes in manifested form to feed the energy and to keep the force field incorporate.

“So, as the I Am Nation* is being founded and proclaimed, all that sustains that ideal and energy must be invoked and brought forth and shared and expected and eaten thereof. So, you as the light workers, the children of God who are expecting and experiencing the new foundation stones of the I Am Nation to come for the planet Earth must invoke, must expect, and must eat of, the substance in the dimension where you are that requires this foundation.

“It will not be lowered for you from another dimension or area of consciousness. It will be made manifest for you where you are, in the form that is most applicable to the form and the vibratory rate on which you are, or through which you are, functioning in present embodiment. So, if the bread is the manna by which you exist physically, then you must expect, and ask for, and share with one another, that bread, that substance, that energy that supplies the nourishment and the growth and the health of the body form for this new community of ideas and experiences.

“You must share this and you must supply it one unto the other equally, that all may live equally and sustain equally in that vibratory rate. For where one is starved for proper vibration and energy, all are, in one form or another, starved or deprived of it. For you cannot separate yourself from one another. All are part of the one. The one formation, wherever you are, is the collective race in that area of consciousness and of expression. This has to be learned and finally determined by mankind on Earth.

“Forgive us our debts as we have forgiven our debtors. You leave us not in temptation, but You will deliver us from evil. Since this is an age and an era of cleansing and purification, there is no one at any time upon the Earth 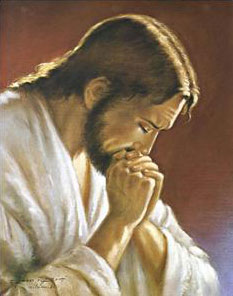 who does not need to cleanse from the karma of his past soul experiences here on Earth or elsewhere those inefficient and unworthy acts of spiritual children of God.

“Each thing must be cleansed, each karmic balance must be brought about, not only in individuals but in groups, nations and whole societies. Therefore, if you come to the realization of this balancing of the karmic record, you must come also to realize that it can only be cleansed and purified according to the way, the manner and the level of humility and expectation you personally and collectively desire to be brought to bear upon your own indiscretions, from the higher forces of light, from the Hierarchal Board, from God the Parent. So, as you expect to be forgiven, that is how you must forgive all those who in some way trespassed against your rights and heritages.

“This will bring more into karmic balance and will allow the cleansings to take place in as free a fashion, in as humble a manner and in as clear a being as possible. For elimination of karma cannot be decreed, in total and unequivocal announcement, via any one individual or any group of individuals. Each must come and proclaim his right and demand his cleansing according to the manner in which he expects Spirit to prepare, to cleanse and to forgive him or her.

“For Thine is the kingdom, Thine is the power and Thine is the glory. This announces unto the planet that only the power, the glory and the righteousness of spiritual law will be permitted to exist from this point on throughout the planetary history in the fourth dimensional consciousness, the I Am beings and the light workers incarnate collectively.

“In summation, there are four basic steps which are the foundation stones in bringing forth the I Am Nation:

“1. Thy kingdom come. The land, the home, the area for functioning must automatically come. As above it is seen and decreed, so it must manifest in the sphere where you are operating.

“2. Thy will be done. The laws, the covenant, the testament by which to live in this new land must be developed, based solely on universal laws.

“3. Give us each day our daily bread. The substance which nourishes and sustains the function, in whatever form or whatever dimension you are to be made manifest, is a necessity. Demand it. It is given automatically according to the need and the desire to fulfill the law and the kingdom.

“4. Forgive us our debts. All past mistakes, errors, misappropriations of Spirit’s intentions for the race and the planet must be cleansed and purified, or dissolved, before a new level of manifestation can come into full form.

“All these are the kingdom, the power and the glory. Upon these four foundation stones you who are the light workers of Earth must build the new empire for the spiritual state of consciousness and activity. . . .

“You now have arrived at the level where new insights, new programs, new plans can be made manifest in conscious, collective, group activity. The I Am Nation has begun to be made manifest. Through your invocations, as given here, you will bring about the new land, the new light, the new program. Amen.”

LISTEN TO PODCAST: Click on the “Play” button below to listen to the actual recording of Sananda’s channeling of “Lord’s Prayer for I Am Nation,” as introduced by Nada-Yolanda on Mark-Age Meditations (now I Am Network of Light) tape #90B, for the week of 11/2/75.

4 thoughts on “Lord’s Prayer for I Am Nation”