September 23, 2009. HIERARCHAL BOARD MEDITATION. Our staff meditation this evening coincided with the summit of world leaders at the United Nations in New York City. Earlier today, in a demonstration of opposite poles of consciousness, both President Obama and Libyan leader Qaddafi delivered speeches to

the General Assembly. Obama highlighted the theme of mutual responsibility [photo at left]. Qaddafi’s speech, scheduled to last fifteen minutes, became a bizarre, rambling, ninety-minute diatribe. Iran’s controversial president, Ahmadinejad, was slated to speak this evening. In a first for an American president, Obama also will chair a meeting of the U.N. Security Council tomorrow in order to address the proliferation of nuclear weapons.

In meditation, I projected the four-step Christ matrix — peace, love, cooperation and coordination — to all the leaders and their delegations gathered at the U.N. General Assembly. Eventually Lord Michael, Archangel of the First Ray and co-titular head of the Hierarchal Board, overshadowed my auric field. He was followed soon by El Morya, Chohan of the First Ray. They both signaled the use of the sword of truth, as a first step to bring the world leaders into alignment with divine will and action.

In vision, from within the General Assembly hall, I saw multitudes of energy strands or lines of force, representing positive and negative thought patterns, rising from the assembled world leaders and their delegations, and also descending into their physical force fields from multiple vibratory ranges in the astral planes. These lines of force, or thought patterns, ran the gamut of man’s levels of consciousness on the third dimensional plane. 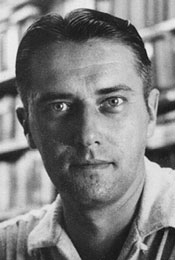 Next, El Morya, from his position bridging the etheric and upper astral realms, spoke the words of truth. Symbolically wielding a gigantic sword of truth, with one sweeping motion he sliced through the thick array of energy strands. Those strands that represented negative thoughts immediately went limp, severed from their physical and astral energy sources; they were rendered lifeless and ineffective. Amazingly, those strands of light that represented positive thoughts were not severed but were actually strengthened. Connected with radiations streaming from the etheric, through the astral and into the physical, these positive energies were reinforced with the power of Christ light and truth.

Once El Morya had completed this necessary first step, he receded. The energy in my auric field transformed, and I was overshadowed by a powerful Saturnian presence, locked onto me by a hieronic space beam. For several minutes, the power gradually increased and I became transfigured. Because of energy contortions in my mouth and throat muscles, I thought there might be a vocal channeling, but a specific signal never materialized.

Meanwhile, I sought to determine the identity of the Saturnian vibration. The answer was revealed: it was the combined presence of the Saturnian Council; that is, the Hierarchal Board or spiritual government that 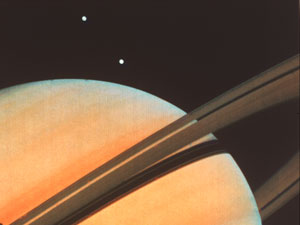 meets on the planet Saturn as the Council of Seven, composed specifically of the seven chohans of the Seven Rays of Life, along with the guiding influence of the seven archangels. Many other ambassadors and functionaries serve this highest ruling body of our solar system.

From amidst the unified energy field of the Saturnian Council, I discerned the presence of my master teacher, St. Germain. With the hieronic beam, he levitated my left hand, forming his characteristic signature as verification. Once levitated to shoulder height, my hand and fingers were slowly manipulated into different configurations that represented the particular energy radiations of the seven chohans. The only other signature I clearly discerned was the J sign of Sananda/Jesus (the index and middle fingers are extended upward as one, while the thumb forms the base curve; the ring finger and the pinkie are curled into the palm).

Then my open palm, with fingers and thumb aligned together, was placed facing outward. This sign represented the unified energy of the Saturnian Council. As a single unit, the seven masters implanted their spiritual decree into the world leaders gathered at the United Nations. The decree was for the positive implementation of the Christ matrix: peace, love, cooperation and coordination.

From the Saturnian Council comes now a concentrated projection of truth and love in action for the next immediate cycle. This spiritual seed, implanted directly within the auric field of each world leader, will be sown throughout the Earth as each delegation returns to its respective nation after the summit.

But be alert. Remember Jesus’ parable of the sowing of the seed (Matthew 13:3-8, 18-23).* Some seeds fall on fertile soil, some on rocky ground, some among the thorns; some fall by the wayside, devoured by the birds. Our job is to visualize the seed of truth working its way into the fertile consciousness of mankind’s receptivity, thence to sprout and grow into an abundant harvest for the Second Coming. By this implantation of light, the Saturnian Council inaugurates our energy focus for the fall reaction cycle, a time for new spiritual gestation.

In my high Self functions under Motah, closely allied with the Saturnian Council, I was used as a conscious instrument through whom the ascended masters could plant their seed into fertile ground, and thus transfer the energy to those at the United Nations.

Robert and MariLyn also amplified this projection, and afterwards shared significant confirmations. MariLyn reported being overshadowed by El Morya and similarly saw him wield the sword of truth to rend the cloud of negativity and to reveal the higher light. Robert shared that he had felt El Morya’s contact prior to meditation. Also, at one point he had been removed from conscious awareness; when he came to, his left hand mysteriously had been raised as an open palm to project energy. Unbeknownst to me, this had occurred before my own hand signaling began.

He spoke to them many things in parables, saying, “Behold, the farmer went forth to sow. As he sowed, some seeds fell by the roadside, and the birds came and devoured them. Others fell on rocky ground, where they didn’t have much soil, and immediately they sprang up, because they had no deepness of earth. When the sun had risen, they were scorched. Because they had no root, they withered away. Others fell on thorns. The thorns grew up and choked them: and others fell on good soil, and yielded fruit: some one hundred times, some sixty, and some thirty. . . .