May 31, 2009. PENTECOST SUNDAY MEDITATION. During an hour-long staff meditation at noon, much of my contemplation centered around the phrase and principle, “Where two or more are gathered, there I Am.” In metaphysical understanding, this principle begins and ends with the individual’s consciousness, but incorporates all levels of interpretation and expression. For example, in the individual, when conscious and subconscious aspects of mind are unified and balanced in polarity, there the I Am or superconscious Self can enter in, can infuse itself, can override all frequencies, and can express its spiritual command fully within the one consciousness.

The analogy extends from this central focus, this anchoring point within the individual son of God. Where two or more individuals are gathered in harmony of purpose, such as expressed in this unit and among our associates, there the Christ energy may be externalized to uplift the group and to unite with others of like mind and frequency vibration.

On a planetary scale, where the dual hemispheric polarities of East (subconscious) and West (conscious) are in alignment within the diverse societies of Earth, operating as one, there the solar logos (sun/son) and the other planets of our solar system may have their entrance and guiding influence for interplanetary unification and cooperation. Likewise, where physical and astral planes, representing conscious and subconscious, are in harmony, there the Earth’s higher dimensional, etheric expression may manifest in complete interdimensional coordination: a new heaven on a new Earth.

Where two or more solar systems express cooperation and balanced polarity, there the galaxy and its central sun may superimpose its guardianship for galactic 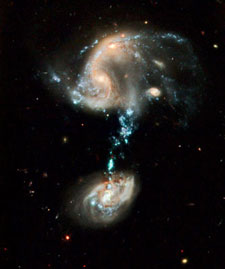 evolution. The principle extends outward still. Where two or more galaxies are in alignment, expressing the divine plan, there the universe will be complemented, nurtured and evolved. Universes within universes, dimensions within dimensions, worlds without end: the divine concept fulfills its role throughout infinite time and space. “Where two or more are gathered, there I Am.” Thus saith the Lord, the Eternal One, the Father-Mother Creator of all things.

But the divine principle returns again unto the individual: as above, so below. Unless one holds the central focal point of this concept in his or her being, so that the Christ consciousness can rule supreme, then there can be no expansion into all these other levels, nor can there be a grounding of them through the individual son of God. This is the harmony and the balance we light workers are anchoring now on Earth, through our unification with the light body.

After these inspirations, I was overshadowed by Sananda/Jesus. In a lengthy communion, the Christ way shower reaffirmed: “I Am among you. You are my standard-bearers, as long as you bear the high standards and principles needed for this Second Coming program. Speak in my name, for Spirit’s will to be done for the upliftment of all on Earth.” Slowly he raised my hands, formed the J sign (for Jesus), and projected his glorious light to the planet.

“Speak in my name for the Second Coming and the manifestation of the I Am Nation on Earth. Speak in my name, and it shall be done, according to the will of God for the highest good.” Both hands, still in the J sign, were raised to my mouth and were formed into an open triangle, that the Master’s breath of life, his holy decree, would go forth unto all mankind and to the planetary logos itself.

In my psychic vision, I beheld the Hierarchal Board in conclave, gathering their facts and deliberating on the current status of the mass thought mind of Earth, the individual and collective receptivity to the higher frequencies, and the results thus far obtained. Through mental telepathy, Dr. Hannibal relayed the following:

“We are deciding now the endgame for the spring energy influx. Stand by for your inner signals and participations, which will be added unto the appropriate measure as we determine the possibilities for your further anchoring of the light amplification on Earth. Hannibal attending, over and out for this segment of Hierarchal Board conclave for planet Earth strategies and logistics.”