March 6, 2022. DREAM. I was the captain of a brand-new, large U.S. Navy ship. Although the type or class of ship was not specified, it was a mammoth, ultramodern vessel. It had been christened the Admiral _______ (upon awakening, I did not recall the last name). The President and the higher authorities had just assigned me a very important secret mission, and my ship was about to set sail from port. 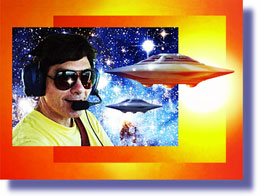 Still wearing my “dress blues,” I first went ashore and met my new Executive Officer and Chief Petty Officer, who also wore their formal Navy uniforms. I told them I would share with them the details of our special commission from the President when we got back on board. We were ready to depart immediately.

Interpretation: The large, brand-new ship represents the light body. Each of us, especially when acting in I Am consciousness, is the “captain of our own ship,” the vessel by which we perform our spiritual mission on Earth, anchored through the alignment of our four lower bodies. The light-body ship is mammoth and ultramodern; that is, it is fully equipped and manned, sophisticated and powerful, seaworthy, and ready for action under command of the Christ Self.

My ship is christened with the name Admiral. That is a direct tie-in with my Sixth Ray function under Dr. Hannibal/St. Germain, whom I often have referred to as Admiral, due to his incarnation as Christopher Columbus, Admiral of the Ocean Seas, as well as to his function as etheric commander of space forces in the Western Hemisphere. The U.S. Navy is a symbol for my formal service in the Motah Council, under the vast network (fleet) of hierarchal spaceships that are coordinating hieronic broadcasts for the transmutation of planet Earth.

The President and the higher authorities represent Sananda and the Hierarchal Board of this solar system, who are guiding the light workers on Earth for the Second Coming program. My commission as captain comes directly from them.

The “secret mission,” which begins immediately in this Easter cycle, signals a hierarchal commission for new action with the sword of truth, a new campaign for purification in the Battle of Armageddon, now heating up.

(New turmoil has erupted in East–West relations in recent weeks: Russia’s devastating, unprovoked invasion of Ukraine has brought untold destruction; Putin even has threatened use of nuclear weapons if NATO becomes involved. Russia has committed obvious war crimes against the Ukrainian civilian population. There have been thousands of deaths (soldiers and civilians), and millions of refugees are fleeing to safety in eastern Europe. A full-fledged humanitarian crisis now looms before the collective consciousness of the world.)

The “secret mission” implies that the hierarchal assignment operates in a highly protected manner, largely behind the scenes, within the inner realms of consciousness where the War of Armageddon is being fought between light and darkness within man’s soul.

Wearing “dress blues” denotes the formal responsibility of my official spiritual commission to act under the hierarchal chain of command. My new Executive Officer (second in command) and Chief Petty Officer (chief noncommissioned officer), also wearing formal navy blue uniforms, represent not only chief aspects within my own spiritual consciousness but also those spiritual coworkers, of all planes, who are commissioned to assist my light-worker mission.

The ship’s crew are all those thoughts in my consciousness that are under my I Am, supreme command. They are enlisted for one coordinated purpose, well trained for the hieronic mission now launched upon the ocean of the planetary thought atmosphere.

My ship is leaving port: we depart immediately. The new action begins now.