SUMMALT: Hail to the Christ in thee. This is Summalt in direct hieronic control of Motah. New technique on tryout in this force field to make direct inroad through brain apparatus of Hannibal’s disciple. Summalt in command. From the Eastern regions of this etheric planet I come.

It is with pleasure that we participate in these exchanges of light in order to reinforce the planetary equilibrium and the needs of those disciples, both in West and in East, to complement one another and to express equilibrium in soul, mind and body functions; to provide outlets for our broadcasts of light to equilibrate this sphere for the implantation of balanced light. Thus we avail ourselves of this opportunity to express the power of our interspatial influence upon your force fields. 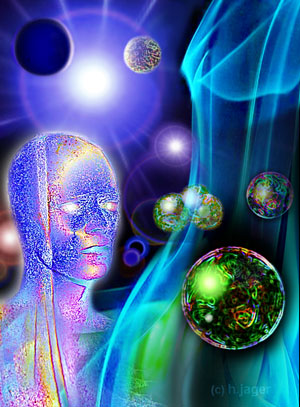 At this very instant, Dr. Hannibal performs a similar deed through receptive broadcasting hieronic units in my Eastern sphere of influence. Thus it is a joint action by which we advance our unity of purpose, as previously discussed.*

It is with great discernment that I thus come. For this broadcast of light and this projection of balance equally strikes through the astral planes, slicing through with surgical precision, so that the purest projection from the etheric realms may be implanted in and through our receptive, implanted broadcasters of hieronic light.

Much more is accomplished in the inner stratospheres through this action than possibly can be described unto your conscious plane. But by the very fact that I am speaking to you gives proof of the landing of light. You are under strict guidance to bring through the higher frequency of fourth dimensional prerogatives; and from this focus is spread a new frequency of vibrational amplitude, thereby extending our positive effect on your material plane.

We assure you of our coverage worldwide through these amplified exchanges of East and West space-command staff. By your balanced receiving of this new frequency, you thereby assist in this joint interdimensional action. This is love in action, proclaimed by the Master himself, who sends forth these strategies in the name of Sananda, Prince of this Earth.

From our gauges we see that our experiment has been initially successful. These lines of force will remain with you as you integrate this exchange in the coming days.

Summalt, commander of space forces in the Eastern Hemisphere, in exchange for this injection of light. Hail to the Christ in thee. Summalt, over and out.

DR. HANNIBAL: This is Dr. Hannibal, returning now to this force field, our mission complete for this moment in time, for this exchange of Eastern and Western energies through those receptive hierarchal disciples who have responded to this hieronic implantation.

Rest in the peace of the I Am Self, in this balanced equilibrium which we have shared with you. We are your protectors. Rest in this accomplishment at this moment, for you have served well and we are thus pleased. Dr. Hannibal, commander of etheric forces in the Western Hemisphere, signing off for now. Amen.

Note: Before the channeling began, Summalt contacted me with a hieronics beam and, by stages, infiltrated my auric field. When the power reached a certain level, he levitated my left hand, forming his now-familiar signature, in order to broadcast his vibration through me to our group and to all light workers in the Western Hemisphere.

Eventually he indicated he would channel. When I requested further verification, he ramped up the hieronic power considerably, unmistakably making his intention known. When he channeled that he was “in direct hieronic control” of me, he meant that he had projected himself etherically on board Hannibal’s mother ship, which is stationed in the Western Hemisphere, and was handling the controls directly; as opposed to other contacts where he has transmitted a message or an energy broadcast from his etheric craft in the Eastern Hemisphere, and has patched it through Hannibal’s command ship on relay.

At the same time, as Summalt indicated, Dr. Hannibal had projected himself on board Summalt’s craft in the East, and was performing the same hieronic experiment through disciples on the physical plane there.

With the electromagnetic, mechanical space beam locked onto my crown chakra, Summalt demonstrated a tight, precise control, particularly at the beginning of the communication. Through my brain wavelengths and thought patterns, he actually manipulated my tongue, lips and voice box to form a word-for-word transmission.

The effect on me, the channel, was visibly tangible, and readily can be heard in the actual voice recording. When I became fully synchronized with Summalt’s technique — an experiment or tryout, as he said — the channeling proceeded in a more normalized manner. However, at several points he expertly controlled the precise word or phrase he desired to transmit. For example, he delivered the word equilibrate slowly, syllable by syllable, because I had hesitated at first to speak it even though he clearly had formed that word in my mind’s eye.

The change in vibration again is discernible on the recording when the very familiar presence of Dr. Hannibal/St. Germain, my master teacher, entered my auric field and closed the channeling session.

The next day, as I adjusted to the new vibrational frequency Summalt had introduced, I experienced some mild aftereffects, including intermittent nausea and discombobulation. Also, under periodic contact by space beam, my crown chakra became activated and I experienced a tingling pressure, as if from a skullcap or a mechanical-like clamping on the top of my head. The beam made me feel sleepy or slightly out of sync with the third dimension, as if I were trying to operate through a wispy mental fog.

As Summalt had said, “These lines of force will remain with you as you integrate this exchange in the coming days.”

LISTEN TO PODCAST: Click on the “Play” button below to listen to the above communication, as recorded live on 8/11/10. This recording was released on I Am Network of Light tape #1000B, for the week of 9/19/10.