June 14, 2010. DREAM. Clairaudiently, I heard Sananda say: “Since man has disobeyed God’s will, God has no authority but to make rubble.”

I sought out Nada-Yolanda, to tell her what I had received from Sananda. I reminded her that the phrase “make rubble” was the same one she had received in the year 2000 in her prophecy about the Mideast. 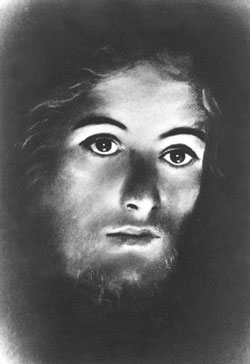 Interpretation: Translated, Sananda’s statement means: Because man of Earth has gone against divine will, through the spiritual law of cause and effect he will reap what he has sown. The reaping will be a decrystallization and a destruction — rubble — of all error patterns and manifestations on Earth. God has no power (authority) to go against His own divine law, but must allow the karmic consequences of man’s negative thoughts and actions to play out.

Of course, by the same cosmic law we can eliminate or dissolve negative karma through divine love, putting positive thoughts and actions into motion in order to produce new effects in accord with divine will, which is always for our highest good. This is what we light workers must do!

This dream symbology reiterates what Sananda relayed in the hieronic contact of June 2nd, regarding the current travails of Armageddon: “Now you see what you have wrought. By your disobedience to cosmic law, you have brought these karmic cleansings upon yourselves; you are reaping what you have sown. Yet the Christ will reign on Earth.” (See “Christ Will Reign on Earth.”)

In an intunement from her Nada Self on September 13, 2000, while in Kusadasi, Turkey, Yolanda received the following about Jerusalem and Israel:

“Earthquakes in the next twenty-five years will crack the holy sites and make rubble. This is the sign of the end of the Piscean Age, and makes ready for those new structures for the next two thousand years of Aquarius.

“Similarly, in the next one hundred years many revered sites of the past six thousand years of history in Jerusalem, and everywhere in Israel, shall be shattered as the Earth wipes out the monuments of the Ages of Taurus, Aries and Pisces in order to reestablish the Aquarian Age of peace, love, cooperation and coordination.

“The fighting between the one family of Arabs, Jews and Christians is over. The present war of dominance, separation, favoritism, power is over. So will end the foolishness of mortal man, his evil ways and his lack of spirituality. Begin the cycle of forgiveness and oneness as befits the children of one Creator, our Mother-Father God. So be it. Om!”

Photo: Charcoal drawing of Sananda by Mrs. Walker of England, while in semi-trance, circa 1940; courtesy of Ronald P. Beesley (1903-1979) of White Lodge; official print in Mark-Age Archives.