November 11, 2009. HIERARCHAL BOARD MEDITATION. In contact with Martian hieronic operators who are coordinating my series of light-body anchorings in this cycle, I was informed that stage three of these experiments — or the third energy wave, which began in last week’s Hierarchal Board meditation [click here] — will be completed by Thanksgiving (November 26th). Then stage four will begin, coinciding with the start of the Christmas cycle. This is the schedule Dr. Hannibal has laid out. 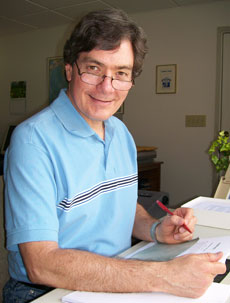 Stage four represents the solid anchoring of a foursquare foundation, whereby the Hierarchy can project through the light workers an entirely new vibrational frequency during the Christmas cycle. This energy wave will inundate our third dimension with a projection of Seventh Ray peace, and other Aquarian attributes, like unto which we’ve not seen before in the Second Coming program.

Many on the planet will be receptive to this extraordinary vibration, and thus will experience unprecedented spiritual awakening and advancement. But crystallized segments within the masses will resist the energy influx; there will be more wailing and gnashing of teeth. The dichotomy between the two reactions will be stark. The bombardment of light could upend those who have not suitably prepared themselves. So, get ready for it now.

Having inculcated me with this understanding, the Martian hieronic operators placed an electromagnetic space beam on my force field and conducted experimental manipulations to lay more groundwork for stage four of my light-body anchoring. They cleared energy pathways, secured additional lines of force, and tweaked various chakra settings. I experienced a number of different sensations, including rapid heartbeat, constrictions in my solar plexus, and transfigurations through my face and throat.

Also, for several minutes I had a distinct metallic taste in my mouth, a reaction not unknown to contactees in the presence of a physically materialized spacecraft. I suspect that this sensation, which I’ve had only a few times before, may derive from a reaction of the electromagnetism on one’s metal dental fillings.