We have been in the Latter-Day period for many years, and will be in it until the Second Coming of Sananda as Jesus the Christ in the new millennium. Those of us who have been aware of the hierarchal plan and program, as taught and demonstrated by Mark-Age and many other 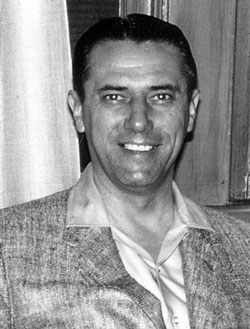 light groups and workers throughout the world, have been aware of the catastrophes prophesied since the late 1950s, at least.

At first we interpreted these catastrophes to mean primarily natural ones on the physical plane, such as millions of people being lost in such dire events as earthquakes, tidal waves, wars, plagues and other horrendous things. And millions indeed have perished from these catastrophes.

But soon we came to realize that the really horrendous — which means horrible, dreadful — catastrophes prophesied are those occurring in the mental and emotional bodies or natures of man. We were told from higher planes that these were the catastrophes referred to, not just the physical ones. For far more happens for both good and bad in the mental and emotional realms within man’s consciousness than ever manifests in our physical world.

The same is true with these prophesied catastrophes. We are told many of these horrendous catastrophes need not manifest if man would set his mental and emotional house in order. Let us hear from Nada on this, as delivered on January 17, 1973.

A BLESSED BALANCE to all Mark-Age meditation network participants. I have been asked by Hilarion to speak to you on this occasion as Nada of the Karmic Board because issues are arising concerning the health of the soul of mankind. Our obligation as projectors of light and a unified unit of light broadcasting Hierarchal Board decisions, needs, announcements and decrees is the obligation of all who participate in this light network.

Hilarion, as you know, is the Chohan and Director of healing vibrations under the green ray of the Fifth Ray of healing, balance and unity. So, of course, he is concerned, and issues forth his desires unto me, that unity be our purpose as a band or a group of light servers on Earth; but, more than that, to unify with our own Christ Self within and to endeavor in every effort to see that all mankind is unified with his higher Self within, regardless of what it will take and how difficult it may seem unto the mortal, physical, emotional and mental strata of mankind expressing on the Earth planet in these end days.

Therefore, in my capacity as a member of the Karmic Board which reviews the history of man personally and collectively, I too see this great need of the Fifth Ray aspect of healing and karmic cleansing. In this sense we work as one for this overall goal and purpose.

You, unified with us and part of this [meditation] network, work in a unified, balanced, harmonious way under the Fifth Ray auspices and in cooperation with the Karmic Board for your own evolvement and for the expression of man from a physical, mortal expression into a spiritual, immortal expression; which is what the Mark Age period and program is all about.

Now you see around you all manners of problems, difficulties and catastrophes. What catastrophe? some of you say, particularly those of intellectual consciousness or skepticism. What, the usual catastrophes that mankind always has had around him since the beginning of time? Or are you more perceptive, and can you see finally that the catastrophes predicted and prophesied for thousands of years, in all scriptural references, are the catastrophes of mind and soul, particularly?

Yet, even the body will respond to these catastrophes upon the Earth, for indeed the mental stress and strife of mankind are almost more than the race can bear. Many individuals are not balanced, even though the 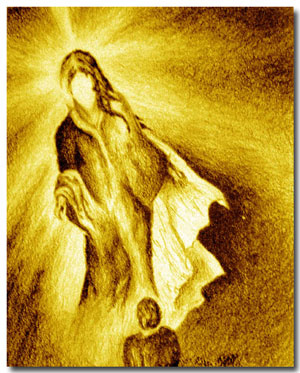 y operate in some manner according to physical requirements.

The pollutions in the Earth today are so severe as practically to destroy the plant, animal and physical life of man as he is expressing now. Of these catastrophes do we speak. You must see and know that all of this is not physical karma, nor mental mis-imaging, but is karma in a very extreme sense of soul conditions being brought down to bear upon the physical, mental and emotional lives of those who are presently incarnated on the planet.

Those catastrophes are the ones to which we are referring. Many avenues of service have been opened to mankind to alleviate these soul karmic conditions, for he brought about these conditions by past civilizations, societies and ideas of error and wrongdoing from other eras and places, and because of his stubborn adherence to physical laws rather than to spiritual ones.

These things are very acutely concerning the Hierarchal Board, incarnate and in the etheric planes as well as those in the angelic, celestial realms. Therefore, although we have assisted in bringing this information in a general way to most conscientious, spiritually-minded individuals on Earth, too much of it has not been broadcast out, refined properly, cleared and cleansed from the idea intended and practiced in the highest spiritual intentions.

Yet, all of this will change, in time. In the first place, and most important emphatically to secure, is that the karma and soul problems of man are the cause of the physical, mental and emotional problems now prevalent and which we term catastrophic on the Earth.

Therefore, you who are of the light must begin to see and to project the cleansing and the purification from the soul karmic aspect of the individuals involved, and the race as a whole. For this we require united strength.

This is where the Fifth Ray under Hilarion, and myself as the Karmic Board member incarnate, have to work together and to urge you, all of you, to work together with us. That means we must project and protect all that is right, good and harmonious wherever we see error or difficulty and disharmony.

If in your own consciousness you see and you know an area that needs cleansing, work first and foremost for the soul karmic condition. Then, watch from there that, with the spiritual injection of light and the highest purpose of divine law in action, you will have the manifestation corrected mentally, emotionally, and then physically. 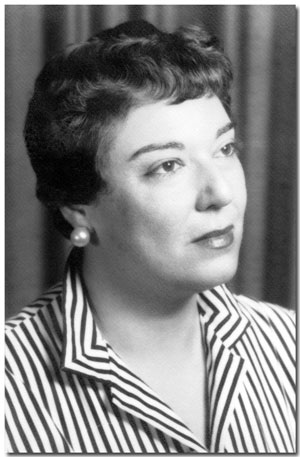 Unfortunately — or perhaps we should say fortunately, since it is divine order and harmony — the physical aspect is the last to respond to this injection and projection of the light form and force. So, although the physical seems usually to be your utmost concern and problem, it is not so. That will correct itself, provided you each individually and all of us collectively will work mentally and emotionally with spiritual law in mind.

Let us then go into meditation seeing this horrendous battle between the dark side of our condition enlightened by the truth, enlightened by understanding, enlightened by love. For love is the key to all things. Should we love the God within us as much as we love the mortal realm in which we are expressing, all things would be properly balanced and automatically corrected.

But until we can raise ourselves up to understanding what this portends and takes in the form of discipline, we will have to wait and to work through and to suffer extremely.

Yet, this suffering cannot go on forever, and will be alleviated as soon as we as a unit of light, the Mark-Age broadcasters of light through [this] network, bring this in a unified, collective manner to bear upon the entire race. Then we can see the results, we can accept the law of balance and see the harmony express outwardly in every form of life upon the planet, including the mineral, the vegetable and the animal kingdoms under us.

You have this pattern and security in you. Now is the time to express it outwardly and to fulfill the mission for which we have come. . . . Years of time will be required to help formulate this pattern. Many will suffer and many will pass on to other realms, due to the error conditions now prevalent and the fact that a great many aides and assistants that are being prepared to help overcome these conditions will be thwarted in their efforts.

So, it is our problem and our challenge — and don’t we all prefer that term challenge rather than problem? — to correct this condition and to lessen its effect and, God help us, to shorten the time. For man needs every aid and assistance in cleansing the karma and the soul problems he has brought about himself. No one has a problem that he is not able to correct or that he has not helped to contribute in making this what it is.

Therefore, we seek the assistance of God within, the Hierarchal Board that loves and guides us, and we seek each other everywhere we can find the light and the beacon of truth that shines for us to connect with, to link with, for we are the linking of lights in action. Amen.

Revised from Mark-Age Meditations broadcast #21B, released in March 1973

Supplementary Reading: Will You Light Up This World?

« Be Free from Fears
Planet in Critical Transformation »

One thought on “Catastrophes of the Soul”